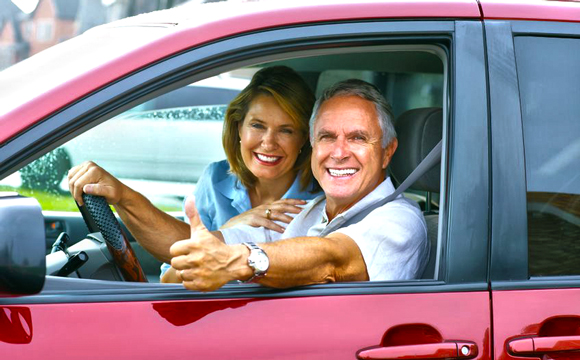 My husband’s family isn’t like mine, and because of that I worried that they wouldn’t like me. When Derek and I were dating, we visited his family in Odessa, Texas a few times, and I’d seen them on occasion when they made trips to see Derek in college. For a few hours, I would smile bright and say what I was sure were charming and witty things.

But then after Derek and I married, they started coming to our house and I worried about the floors and our living room and our kitchen and what they would think of the home we were building together. After all, our home was a reflection of our lives as a married couple. Would they notice that Derek was wearing a wrinkled T-shirt? Would they think I didn’t know how to iron? Would they look in my office and picture their daughter-in-law’s work as caffeine-induced scribbling? Would they hate my decorating for being too modern? Too boring?

Thankfully, Derek’s family is beyond loving, and if they did notice Derek’s shirt, they were kind enough not to mention it. I realized that I didn’t have to impress them. I stopped seeing their visits as an inspection and instead saw them as a way to invite his family to be a part of our lives.

I love Derek’s family and I love spending time with them. When I stopped worrying about impressing them, I finally had a chance to learn from them about my favorite person in the world: my husband.

I love hearing stories about my husband as a child. So much of his personality shows up in those childhood memories that he can’t remember or in other cases, memories that he’d rather forget. For me, though, those memories are a welcome chance to counter all the embarrassing stories my parents tell Derek when we visit them. Glorious payback.

More importantly, though, listening to his family talk about Derek gives me insight into his engineering mind (if you’ve married an engineer you know what I mean). In my last conversation with his mom, I learned that he’s never been able to sit still and watch a movie— something that had bothered me since I love burrowing into the couch to watch movies and never understood why Derek couldn’t do the same.

Then his mom, who is a teacher, told me about when Derek was in the fifth grade she was looking to track down a kid who had been screaming at recess and realized it was her own son yelling at the top of his lungs and chasing the other students. Why had the usually mild-mannered, well-behaved 10-year-old been screaming?

“All the kids laughed,” my husband said.

That’s my husband. Funny. Surprising. Wonderful. Raised by a family that adores him enough to tell his stories again and again. Just like my family tells mine. And so maybe our families aren’t so different after all.

Amanda Casanova is a writer living in Texas with her amazing husband. She is a Texas A&M University graduate and has worked for several newspapers in Texas. She blogs at amandacasanova.wordpress.com and is a writer for Whole Magazine.