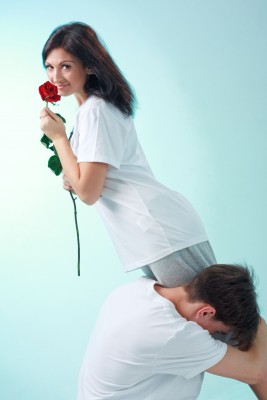 Are there friends or family members whom you rarely hear apologize? Their apologies my be long overdue. Here is the problem: we have a natural tendency to gloss over what we have done wrong. Perhaps we hope that if we don’t say how self-centered or thoughtless we have been, others won’t take notice and scold us.  Ironically, the opposite is true. Others are hesitant to forgive us if we really don’t seem to “get it”.  Further, if we don’t seem to recognize all of the pain that we have caused, aren’t we likely to just hurt them again?

What do you need to know in order to apologize well? As we have talked about our own successes and failures in apologizing, my husband and I have realized that we have separate “apology languages.”  Those who are familiar with the landmark work of Dr. Gary Chapman in The Five Love Languages (1992) will recognize this concept of “languages”.  Dr. Chapman’s premise is that many relationship problems stem from miscommunication. Specifically, he recommends that in order to be “heard” by others, we need to speak not in our natural language, but in the language of the listener.

How do apology languages work? Have you ever tried to apologize, only to be rebuffed? It may be that you were offering a partial apology in a “language” that was foreign to your listener. The five languages of apology include:

When you know you’ve offended someone, you should act with urgency to repair the problem. Spell out what you have done wrong, how this has “put out” the other person, show concern for them, and explain what will truly be different next time. In order to give the most successful apologies, you should ask the people close to you what they most appreciate hearing in an apology (We’ve included an assessment profile in our book to help with this process). After you learn the apology languages of your friends, family members and co-workers, you will have the extra benefit of being able to give targeted apologies. These apologies will hit their mark and impart the full measure of your sincerity.

How do apology languages influence this writer’s marriage? To my husband, being accurate and winning debates are of primary importance.  So, my apologies should include Apology Language #2 (I was wrong) in order for him to best hear my remorse.  In contrast, feelings are of central importance to me.  When my husband offers the apology that is most difficult for him to utter (Apology Language #2- I was wrong), I STILL need to hear him say that he is concerned about my feelings (Apology Language #1 – I am sorry).  Here in our 15th year of marriage, we are finally learning to shorten our arguments by apologizing not in our own languages, but in the language that our spouse will hear.  A tip: when you don’t know someone’s “apology language”, work extra hard to cover all of your bases. If you completely cover each Apology Language, you are likely to hit upon something that will be music to their ears.

Our confessions may not always be to God or to other adults. I’ve had my share of chances to apologize to my own children. For example, my six-year-old-daughter loves to make crafts.  She was delighted when she found a sun-catcher kit at a local discount store.  She raced to her room with the kit and re-emerged an hour later with the metal molds filled with carefully-placed colorful bits of plastic.  She was ready for me to bake her creation but I was busy with projects upstairs.  She agreed to lay the pan with her treasure on my bathroom counter until I could get to it.  Much to our dismay, her little brother soon found, and toppled, the pan.  My daughter was heartbroken. She no longer likes for me to scoop her up into my arms, but I wanted to show her my sorrow and my love. So, I put my arm around her and told her how sorry I was that I had not protected and finished her beautiful craft project. It is important to note that even though I had not intended to damage her project, I still needed to take responsibility for the damage. In addition to protecting her little brother from bodily harm, I needed to re-make her craft (and her help was optional).

Sincere apologies are a precious gift. They impart a feeling to the receiver of being deeply valued . Further, they smooth the way to true forgiveness and reconciliation. May you surprise others with the transparency, humility, and boldness of your apologies!

Dr. Jennifer M. Thomas is a wife and mother of two school-aged kids and one feisty four-year-old.  Jennifer is a motivational speaker and a psychologist in private practice in Winston-Salem, NC,  she is the co-author, along with Dr. Gary Chapman, of The Five Languages of Apology (Northfield Publishing: 2006).  This book has been translated into a dozen languages and they’ve been radio guests on Focus on the Family and Janet Parshall’s America.   Jennifer frequently consults with companies on leadership and relationship issues.  Visit her website: www.drjenthomas.com, relationship issues blog: www.drjenthomas.wordpress.com, and Facebook fan site: Fans of The Five Love Languages and The Five Languages of Apology.