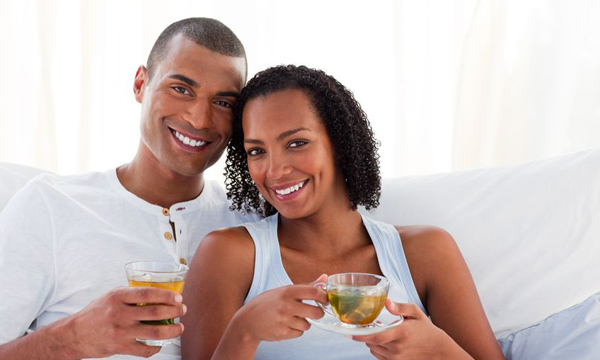 One of the most uninformed statements that a husband or wife can make is, “We are not compatible.” Sometimes the words change: “We don’t have anything in common,” or, “We are as different as night and day.” Of course you are different. If both of you were the same, one of you would be unnecessary. The reason you need each other is because you are different.

One likes coffee; the other likes tea. One goes to bed early; the other stays up late. One of the sweetest blessings God has give me is a woman who has a personality totally different from mine. I’m an outgoing, public personality while my wife is sedate and serene. We are different, and that is according to God’s plan. Because our personalities are in contrast, when I’m too outgoing, her reserve pulls me back, and when she is too reserved, my enthusiasm pulls her forward. Occasionally this causes tension, but that is the exception. Our goal remains to make our God-given differences work for us instead of against us.

The presence of sin in the world has clouded this understanding. However, if we would simply look for what God is trying to teach us through the mate He has given us, we would be growing rather than complaining. You may say, “I don’t believe God gave me my mate.” It’s too late for that conclusion if you are married. Yet even if it were correct, God is still able to teach you how to love and learn from the one you’re with. And the Lord has laid out clear guidelines for doing that, as we’ll see.

Adam recognized immediately how distinctly different Eve was from him, and he was excited about those differences. Adam also knew that Eve was part of him; she made him complete and drove his loneliness away. He called her “bone of my bones, and flesh of my flesh.” She was his helpmate and completer. It was love at first sight for Adam and Eve. It was what we call a “match made in heaven,” and with God’s blessing, they married immediately.

Although it was Adam who gave us the introduction to marriage vows, the words were prompted by God. In Genesis chapter two, we read, “For this cause [because she was taken out of man], a man shall leave his father and his mother [Adam didn’t have parents but would have left them for Eve], and shall cleave to his wife; and they shall become one flesh.” That verse summarizes what a marriage relationship is about: to leave, cleave, and become one. The great tragedy is that most people have heard these words many times but don’t know what true oneness means.

Oneness doesn’t mean sameness. Oneness means demonstrating a willingness to work together toward the same goal. Anyone working together toward the same goal will have to, out of necessity – communicate, cooperate and merge strengths with strengths while overlooking or overcoming each other’s weaknesses. This not only requires time, it requires an authentic commitment. Ladies, even if a man says that he loves you, and as much as you’d like to think that he’s promising to share his whole life with you, he may be only planning to work you into his schedule. He may not be planning to cut back on any activities, or give up anything for you. That kind of man doesn’t know what marriage is about.

God specifically asked men to give up the closest ties we have in order to honor our wives when he said that, “Therefore a man leaves his father and mother and embraces his wife” (Genesis 2:24, The Message). This is because one of a woman’s greatest needs in marriage is for security. That is why a woman will sometimes ask her husband to hold her. Most men misinterpret that as a request for physical intimacy, but if the emotional need for security is on her mind, she is not thinking about physical desires. Because a wife needs to feel secure, a husband must make that a priority. He must be intentional about demonstrating to her how deep a commitment he is willing to make. When he does that, both will be able to function within the unique gifts that each possess because in security is found the freedom to fully express oneself.

Marriage is a covenantal union designed to strengthen the capability of each partner to carry out the plan of God in their lives. Marriage takes two individuals and makes them even stronger together as one.

Win a $75 Gift card to David’s Bridal to put toward your dream dress!

Join the conversation! Comment below to enter to win today’s featured giveaway. For extra entries, like us on Facebook or follow us on Twitter and let us know you did in your comment. Entries must be received by tonight at midnight CST, and winners will be selected randomly and notified by email the following day.

UPDATE: Congratulations to Cherelle for winning the $75 gift card to David’s Bridal! The winner was randomly selected and notified via email, her comment was:

I’m getting married next year. This information is awesome! I’m gleening from several resources and each has given me great insight on the does/don’t and what I can expect in the relationship. thank you!