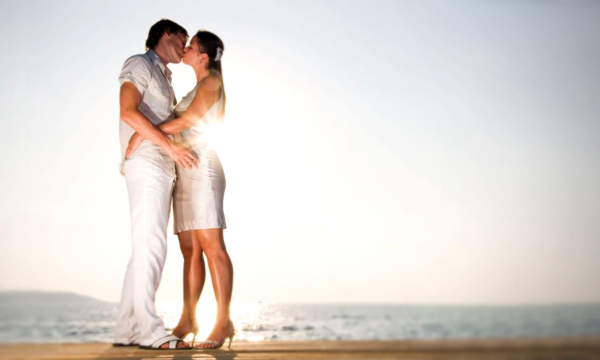 On paper this looked like a real bad idea.”

This was the comment from a husband whom I met while doing co-therapy at The Hideaway Experience. He was referring to the idea of sitting in a room for four straight days with three others couples (especially three other men), while two therapists guided them through a marital intensive. But that comment didn’t come before or during the intensive, rather on the very last night when he realized the radical transformation his marriage had undergone in just the last four days. What had initially seemed like a bad idea actually turned out to be a powerful catalyst that set their marriage in a new direction.

I know it’s hard for many of us to imagine marriages changing so drastically in such a short time, but they do, and I have been there to witness it on many occasions. The problem is that we often begin to expect the same thing in our marriage day in and day out. We get comfortable and content until eventually, somewhere along the way, we become stuck in life’s routine and feel disconnected with our spouse.

One of the gifts of being a therapist is that it continually gives me the opportunity to reflect on my own marriage as I work with couples. In this process I often find myself asking questions such as, “Do I treat my wife this way?” “Am I giving my wife a voice in the marriage?”  “Do I create an environment of emotional safety for her?”  “Are we connected?” And on and on the questions go. This experience gives me the opportunity to re-evaluate my own marriage and to make sure it doesn’t slip into contentment where we eventually drift away from each other. But we are not always aware of what is going on between us and our spouse unless we do the hard work.

If we are only used to evaluating our marriage based on how other marriages are doing around us, we might have a false sense of the true state of our marriage. Looking at our marriage takes real honesty and courage. Here are some tips that I have found helpful as my wife and work at the daily process of improving our marriage.

Paying Attention
I remember the days leading up to my marriage with Heather and some of the varying advice I was given. The simplest, and most helpful, piece of wisdom came from my grandfather who used the metaphor of a garden to explain marriage. He told me that in order to have a healthy marriage I would need to daily attend to it as a gardener would attend to his garden. I would need to cultivate healthy soil that would allow for the growth of new plant life. I would need to look for weeds and to eradicate them from the garden so that they wouldn’t choke out any growth. I would need to water the plants and protect them with cover in various seasons.

In other words, a good gardener pays attention to his garden and vigilantly works and watches what takes place in that space so that healthy growth can happen. We too need to pay attention to our marriages. We need to cultivate an environment that fosters safety and promotes growth. We need to be willing to remove anything from it that will hinder growth.

When we pay attention to our marriage we begin to see it in a new way and it gives us the opportunity to make the changes we need.

Change Begins With Me
Sometimes marriages get stuck, even when they desire a better marriage, because one or both people place blame on their spouse instead of taking personal responsibility. The path to a healthy marriage begins when the finger-pointing stops and each partner in the relationship takes an honest look at themselves. Taking responsibility means eliminating the language of, “If you would just do this or be that….then we would have a great marriage!”  That’s a lie that keeps marriages in neutral.

When you set out to take personal responsibility for yourself, and you make the necessary changes…well, then you change the marriage. Regardless of what your spouse decides to do, they are no longer interacting with the same partner, but someone with a renewed attitude and actions.

Facing Conflict
As we begin to pay more attention to our marriage, and as we begin to take responsibility for ourselves in the marriage, we ultimately have to face the conflict that will inevitably occur. I believe facing conflict is one of the greatest fears for couples. “Oh, we never fight,” is a phrase that I have become accustomed to hearing from couples who come in to see me. “Exactly, that’s why you are here,” is what I tell them. Our fear of conflict and desire to just keep the peace at all costs in a marriage is what ultimately leads to very unhealthy marital functioning.

We have to be willing to take the risk and step into some conflict so that we can grow as a couple. As my friend and fellow marriage therapist Todd Sandel says, “Conflict is the channel through which we grow.” It is only when we are willing to face the conflict in our marriage that we begin to get at the real issues that have taken root over time.

I remind my clients that working on our marriages is like starting with training wheels so that we can become competent someday to eventually take them off. Paying attention to your marriage, taking responsibility for changing yourself, and facing conflict are some of the tools that will help set you down the right path for your marriage. It’s a path that allows you to expect the unexpected, and to see radical change in your relationship. This takes time, effort, and practice, but eventually you will become better and better together.

You might be reading this article and telling yourself, “This is a bad idea.” But how will you know if you don’t try? Take the risk and allow yourself, like the men at the marriage intensive, to be amazed at the radical transformation of your marriage. You and your spouse deserve it. Your marriage deserves it.

Win a Fair-trade coffee sampler from More than Coffee!

Rhett Smith is a Marriage and Family Therapist (LMFT-A), pastor to youth and families, and is currently working on his book The Anxious Christian which is being published by Moody. You can find him at http://www.rhettsmithcounseling.com. Rhett is married to Heather and they live in Frisco, TX with their son and daughter.

Marriage is an Agreement