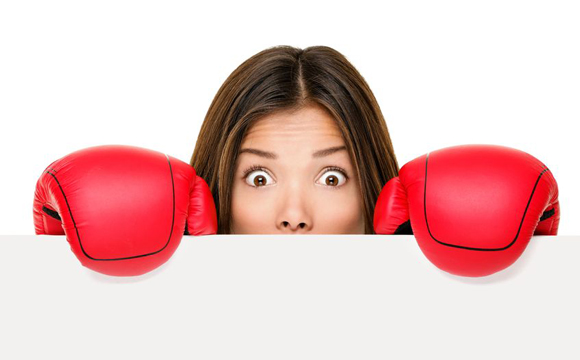 I can’t do this anymore. Not one more day,”

she said through bitter tears. “I’m done.” She took her ring off and surrendered it on the kitchen table, believing she was finally free.

What happened to this marriage?
I’m pretty sure her engagement didn’t include, “Will you marry me so we can get a divorce?” No one gets married hoping to get divorced, yet divorce still happens. It happens within the confines of Biblical allowances, and it happens outside of God’s will.  How is it that a couple can be utterly in love—best friends—as they stand at the altar and then come to a point where they want to sever their relationship?

Of course, there is no cookie-cutter answer. For many couples whose marriages end, however, there is a distance that has built up over some time. In this distance, the couple loses touch with each other, allowing resentment, distrust, and selfishness to color their views of one another.

The reality
The truth is, no matter how well-intentioned a husband and wife are, no couple is invincible.

For Christ to be victorious in a marriage, a husband and wife need to choose Christ every day.

The more a husband and wife focus on Christ, however, the more he and she will be able to see what is right and what is even just slightly off, preventing the marriage from heading down a trajectory that will bring deep division in the relationship.

The strategy
The best way to put up strongholds in a marriage is to build upon a solid cornerstone, which is Jesus. Husband and wife can bless their marriage unimaginably if each faithfully pursues the Lord daily. This starts with the individual, as a marriage team is only as strong as each individual’s relationship with the Lord.

Building on that foundation, a husband and wife can serve each other by setting intentional boundaries to protect the sanctity of their marriage. These boundaries don’t always equate to simply putting up a wall between good and evil because there are many gray areas that will differ depending on a husband’s and wife’s tendencies and contexts.

For example, is it always, sometimes, or never okay for a spouse to ride in a car with a member of the opposite sex? If sometimes, what are the parameters in which it is okay?

Riding in a car with someone might seem totally benign and even necessary, especially in a business situation, but if it is the catalyst towards intimate conversation with someone who doesn’t need to become a personal friend, then those car rides might become a relished moment in a season where the marriage is feeling cold and distant.

Or is it always, sometimes, or never okay to voice attraction for another in front of one’s spouse? It might seem like no big deal because the spouse should know how attractive he or she is or because the other person is a celebrity who is a far threat from any realistic affair. But what about the spouse who struggles with self-worth and harbors those words of attraction for someone else as another reason to believe he or she will not be attractive enough?

Look at the marriages around you and observe the habits of those that are vibrant. Do the same for those that are dying. Can you see where those habits could have formed? Of course you won’t know the full picture of another’s marriage, but you can readily identity gray areas where people can take extra caution to put their marriages first.

The opposition
You might think that setting boundaries is an act too paranoid or too conservative for your taste, but consider that even faithful Christian couples will struggle with boundaries because no matter how righteously and intentionally they might live, they will always face an enemy that wishes to see their marriage crumble.

“Discipline yourselves, keep alert. Like a roaring lion your adversary the devil prowls around, looking for someone to devour” (1 Peter 5:8).

Your marriage is worth the cost of setting up protective protocols, even if they might seem extreme. You don’t want even a fissure in your relationship that would give a foothold to the enemy.

A prominent male pastor refuses an available elevator if taking it means that he would be riding alone with a woman. That seems extreme to me, but if the cost of avoiding temptation—or even the appearance of temptation—is a couple more minutes of waiting for another elevator, then that is worth the cost.

Thankfully, believers have the protection and strength of Jesus Christ that can thwart the enemy’s attack. Just as picking up one’s cross is a daily choice, so too is preferring one’s spouse over himself or herself. When you implement boundaries for the sake of your spouse, you will constantly be rerouting your focus towards the trajectory of a healthy marriage.

Setting boundaries with the opposite sex
My husband often goes to sports bars to watch games because we do not have cable, and he is a sports fanatic. In the times when he is there alone, it’s easy for him to find himself in conversations with women around him because that’s what sports fans do—they cheer together and grieve together. When he and I discussed this as a potential for inadvertent flirting, we weren’t initially on the same page.

He shared with me all the ways that there were no threats to the marriage, as bonding with the fans around you was simply the culture of watching sports. I asked him if he ever wanted to have those women leave thinking they had had a good time (albeit harmless) with the funny guy who knew a lot about sports and was enjoyable to talk to. Of course he wanted to be known as the funny guy and wanted people to have a good time when they talk to him! That’s only natural.

He and I both realized that though there is very little risk to his being unfaithful to me—because of his honest and loyal character—there is the spark of a desire to impress other women when he is at a sports bar. Because there is even a spark of that desire, he and I needed to agree on setting protocols for sports bars.

Your areas for boundaries will differ from ours. Some behaviors with (non-family) members of the opposite sex that are helpful to discuss are as follows:

A friend of mine decided with her husband to BCC each other on every email they write to a member of the opposite sex. While their inboxes get flooded and the measure might seem extreme, they are preventing themselves from getting swept up in private conversations that their spouse is not privy to.  In a similar vein, my husband and I have each other’s log-in information, and often leave our emails open at home anyway, such that we know we both have access to anything that comes into or goes out of our inbox.

We also try to avoid behaviors with members of the opposite sex that we aren’t able to fulfill with each other. For example, my husband is politically astute. He loves to banter and debate, unphased in a heated discussion. I, on the other hand, retain little political vocabulary and find political debate to be abrasive. Usually, his outlet for his political thoughts is with his guy buddies. If he frequently sought a female friend to engage in a political repartee, that would make me feel like I am not good enough—like he has to find another woman for companionship in that area. While that is my insecurity, he has been selfless enough to respect my need for a boundary in that context.

Boundaries can serve as protection.
Boundaries might be more than just setting rules with how you interact with other people. If we can be really honest with ourselves, we can identify attitudes of the heart in our private lives that, if unchecked, could lead to infidelity in the marriage.

I, for one, struggle with getting ready to go out. When I’m getting ready for a date with my husband, I am naturally keyed into how he will think I look. I want to look great for him. But when I get dressed up for an occasion where I am without my husband, I still desire to look good, only it’s to impress other people. Probably many of you do that too, which makes it easy to write off as something we all do. But deep down in my heart is the need for others to think I am beautiful, sexy, or sophisticated. What my husband thinks is not enough, and what God thinks is not enough. This need to impress others can take a devastating toll on a marriage if it is acknowledged as a potential gray area.

Have a conversation with your spouse about the following individual acts:

Spending time alone on the computer, voicing attraction for someone else, trying to look sexy, reading romance novels, watching sexual content in movies, wearing skimpy clothing, speaking ill of your spouse, and keeping opposite schedules from your spouse.

Each person and couple will feel differently about these behaviors depending on their careers, their relationships, and their tendencies.  There are no right or wrong answers except that both spouses be on the same page, even if they don’t fully agree.  Choosing to respect your spouse’s boundary, even if you don’t feel it’s a problem, is a worthy sacrifice considering that that boundary came from a need in your spouse.  Your marriage is worthy of your sacrifice.

A woman once found herself attracted to a man at her workplace. When she thought of going to work, she thought primarily of seeing him. One night, she told her husband that she needed to quit her job because she was running up against some dangerous thoughts every day. Even though the couple badly needed money, and even though the husband didn’t totally understand the severity of the threat, he supported her in making this decision. Quitting her job hindered their financial prospects in the short-term, but it was an investment for their relationship in the long-term. They both sacrificed needed income because their marriage was worth it. How easy it could have been to fight for the job over the relationship!

The conversation
Make a date with your spouse to go over your marriage values and boundaries. Choose a time and place where you can both be vulnerable with each other. You might be surprised about how many boundaries you and your spouse actually agree on. For the boundaries you do not agree on, equip yourself with the grace of Christ and allow time to work through the differences.

Although boundary conversations are never easy, they are so good for the marriage. How can a couple know what is honorable if they haven’t heard the heart of their spouse?