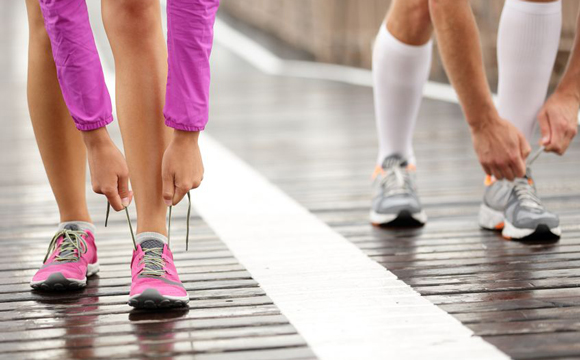 Surely, the email I’d just received was a hoax. My then-fiancé, now-husband, Ted hadn’t really intervened in a work-related issue for me, had he?

The day before, I’d shown Ted the cover art for a video project I was producing for my boss. As a professional designer himself, he offered me helpful advice on how to improve the current layout. But when I asked our in-house designer to make the changes, I was told they weren’t a possibility; that they simply couldn’t be made.

Ted wasn’t one to give up that easily, though. He took it upon himself to use the file I’d shown him, make the requested changes, and directly email them to our in-house designer — all without my prior knowledge.

My knee-jerk reaction was to jump into clean-up mode. I shot off several emails of apology for my fiancé’s behavior. And then, directed my anger toward him.

Years later, as I reflected on what became our first fight, I realized how poorly I handled the situation.

Defining arguments
In her Newbery Award Medal winning book, From the Mixed-Up Files of Mrs. Basil E. Frankweiler, E.L. Konigsburg weaves the tale of two children who run away from home to the Metropolitan Museum of Art in New York City. As 6th-grader Claudia and her 3rd-grade brother Jamie band together, something happens to these once independent siblings.

What happened was: they became a team, a family of two. There had been times before they ran away when they acted like a team, but those were very different from feeling like a team. Becoming a team didn’t mean the end of their arguments. But it did mean that the arguments became a part of the adventure, became discussions not threats.

I think E.L. Konigsburg touches on an important idea here, one that’s not confined to brother–sister relationships. When it comes to arguments, how do you approach them as a couple? Do you seek to work them out as a team, or do you argue as two separate entities protecting your individual interests?

One way to gauge this is by taking the time to define, which Dictionary.com states is “to explain or identify the nature or essential qualities of,” your arguments. Would you identify your fights as “Me vs. You” or “Team Us”?

“Me Vs. You” arguments
Ted and my first argument was me against him. While, sure, maybe Ted shouldn’t have acted on my behalf, not once did I consider his good intentions or how hurtful my words to others about him might be. I failed to understand that he and I were on our way to becoming a life-long team, and as team members, my first priority was not to protect myself and my job, but to work through conflict with him in a constructive, relationship-strengthening way. This fight was characterized by:

“Team Us” arguments
During our ten years of marriage, I’ve had the opportunity to move from a “Me vs. You” mentality to one that recognizes how conflict can be “part of the adventure,” as Konigsburg writes. Now when Ted and I fight, I attempt (although I don’t always succeed) to adopt a “Team Us” approach. These types of arguments are characterized by:

Disagreements in marriage will come, and that’s okay. It’s not about whether you will fight as a couple — because you will — but how you fight that matters. In Mark 3:25, Jesus states, “If a house is divided against itself, that house will not be able to stand.” As couples, we should seek to work through our conflict — and, again, they will come — in a way that serves to unite us further.

Now and then, Ted and I come across that video project I produced in our stack of basement boxes. When we do, it’s not feelings of bewilderment and outrage that surface. Instead, I look back and see a man who was eager to protect and help his soon-to-be wife. And when I view the situation from that lens, I’d say I was a fortunate woman to have a fiancé who took such an interest in seeing me succeed.