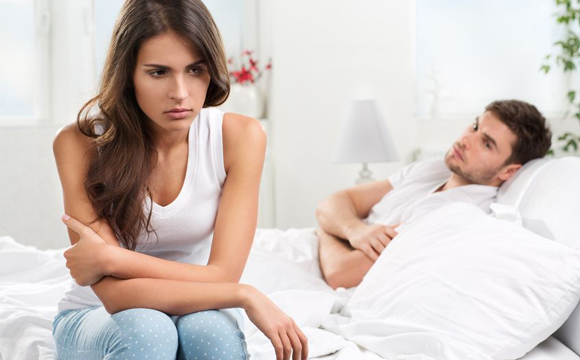 A few years ago a couple came to see me to help with their sexual intimacy. They explained that sex was too infrequent and when they did make love, it was usually only because each had been drinking. Further exploration revealed that though they had a very active sex life early in their relationship, the past 2 of their 5 married years have been very inactive. Sometimes they would go months without being sexually intimate.

I asked about what kind of disagreements they have and what fights they have been in lately. They both looked at me and exclaimed that they have never fought, nor do they want to. I wondered aloud if there was any connection between their sex life and their avoidance of conflict, to which they both said no.

It took this couple a couple of weeks to realize that the patterns of avoidance in their relationship had moved from the kitchen, to the living room, to the bedroom. It was impossible to be intimate in the bedroom because they were not being intimate in the kitchen. Intimacy on a daily, regular basis often times takes the form of conflict. When we speak up and risk exposing a desire, weakness, or vulnerability in ourselves, we are inviting another to see inside of us. This is the hard work of intimacy. For this couple, the lack of fighting created an enormous hole that slowly over time became too much to deal with on their own. Through some hard work and intentional truth-telling (sometimes conflictual), they were able to grow and learn to fight in a productive manner.

I share this story to highlight two aspects of conflict. First, everyone has an avoidance to some form of pain. For some it might be the pain of abandonment, for others it might be the pain of disapproval. Regardless of the source, conflict with a spouse will trigger this pain. Because everyone has a natural tendency to avoid pain, conflict becomes an unwelcome guest that stirs the pot.
Secondly, if conflict is not present, intimacy will not be either. It’s an unfortunate reality that intimacy requires us to show up and fight. Yet these are the vows that each and every couple commits to on their wedding day. “In sickness and in health” means that at all times I will choose to show up and be present, not just when it’s convenient.

I overheard a man telling his younger friend that he will know who he wants to marry when he is ready to crawl through ice, mud, glass, fire, and desert for 100 miles just to be with her. It’s a bit overblown as a metaphor (mainly because people do these events all the time around the US like the tough mudder, the viking race, and other crazy adaptations), but is an appropriate look at what kind of commitment it takes to be married. There will be moments in every marriage where this metaphor becomes a reality.

Fighting is a mandatory exercise to build connection and grow intimacy. Problems come when the fight becomes unproductive by becoming dirty and cheap, stuck in the same cycle, or when it’s used to control and manipulate. When someone has chest congestion, a doctor wants to make sure that the coughing is productive so as to extricate the mucus and clear out the infection. This is what fighting is for marriages. There’s an infection of personal wounds, selfishness, and other issues that need to be coughed up. Not just for the sake of coughing them up, but for the sake of the marriage and each partners individual growth.

Fighting, when productive, clears out the infections that we have relationally, and works to bring space and healing. Without these fights, the infection of disconnection will grow until there is no more relationship.