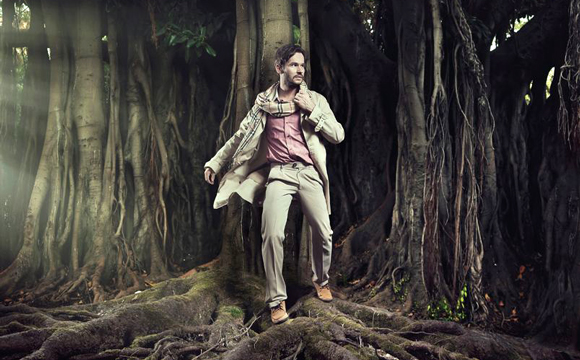 Before I got married, I had three serious relationships on record. The first was a sweet country boy in cowboy boots and wide-rimmed hats. I was 15, and he had a driver’s license and a real job at a convenience store. Whenever I hear “Strawberry Wine”, I picture us parked over the fence of the airport runway watching the planes take off from the bed of his Chevy pick-up. That was before parking over the fence of the airport runway wasn’t a sure-fire way to be shot on sight. Ah… the pre-threat level orange days.

When I left for college, I not only gained the traditional Freshman 15, but I acquired a new and more “sophisticated” lease on life. In this melting pot of cultural interests, I took particular interest in boys with surfboards and acoustic guitars. Once I traded my American Eagle cardigans for Rainbow sandals and threadbare T’s, it was the beginning of the end for Strawberry Wine. By sophomore year, he had waited long enough for me to turn in my DMB collection and ride off with him into the sunset. But we drifted apart… him toward the altar with one of my hometown friends and me, well… I just drifted…

…into my first band.

He was a guitar player with shaggy curls and I was a background singer with wicked stage fright. He was a philosophy major who read Kierkegaard and quoted Nietzsche. Together we would join the peace corp in Nepal and live on bhat and tarkari in the back of his Sahara Jeep Wrangler. It was a brilliant plan, that is, until he philosophized his way in and out and in and out….. and then in…. and then out again of our Bohemian fantasy leaving me a wilted flower child with nothing but a few Intro to Pottery coasters and a Rusted Root album to numb the pain. Although beatnik wasn’t my best look, a girl never forgets her first heartbreak.

I had just landed my first cubicle job out of college when I met The Marine. Without so much as a wrinkle in his perfectly pleated khakis, The Marine had a high-paying job, a company car, a mortgage, and an 11-year head start on life. Before long, I was choking on a steady diet of chiaroscuro and enduring conversation topics ranging from home equity loans to 401k packages.

I knew he wasn’t “The One” when during one of our usual Brazilian feasts, The Marine reached over the table and began to cut my meat.

I marked the nearest exit after he showed me his collection of blazing white bath towels with all of the Polo horse ponies facing up and to the left. I had seen Sleeping with the Enemy one too many times to know that my future with Semper Fi would have me running for my life in a Carol Channing wig on a bus with a one-way ticket to nowhere. I spooked and blamed it on Daddy issues, and thankfully, that was the end of The Marine.

Please. As though anyone could be funny and shop at REI.

2. Find someone just like you … in which case, we would both be compulsive savers who never got a word in edgewise.

3. Find someone just like your dad.  If I had married someone like my dad, he would have a strand of used dental floss hanging from the rear-view mirror and a giant cardboard cut-off of himself hanging in the bedroom.

I told you I had Daddy issues.

After the Cowboy, Nietzsche, and the Marine {garnished by a string of bad dating advice}, is it any wonder why I doubted if I was even capable of recognizing “The One” when and if he ever did cross my path?

So how do you recognize “The One”? Here are a few suggestions:

1. Make another list… of a few deal-maker/breaker questions. Here’s a suggested survey:

Before I could even think about walking down the aisle, I needed a solid gold “YES” for each of these questions. Once phase one of Operation: How-to-tell-if-he’s-the-One was successfully completed, it was on to phase two:

2. Choose your Board of Advisers  …comprised of a few carefully selected individuals authorized to review the inner workings of your relationship and advise both you and your partner spiritually, emotionally, and practically. The good news is, you get to choose your own Board. Feel free to rule out anyone who bears a fire arm and/or a vocal resemblance to James Earl Jones. Here are a few suggested offices:

Steer clear of family members. One might assume they would be best suited for the Board because they know you best. There’s just one problem…

They know you best.

“No one is ever going to be good enough for my daughter… my sister… my son.”

Comments like these make for great Bar Mitzvah toasts, but lousy Board advice. Don’t discount family opinion altogether. Simply leave the dirty mechanics up to your unbiased Board of Advisers. Once you have been Board approved, you, my friend, are ripe for the altar.

I am living proof that it is possible to confidently select a spouse despite a puny dating history. Even if you are on a relational hiatus, you can start making lists and assigning your Board to help you prepare to choose once and choose wisely. In the meantime, try hanging out at REI.