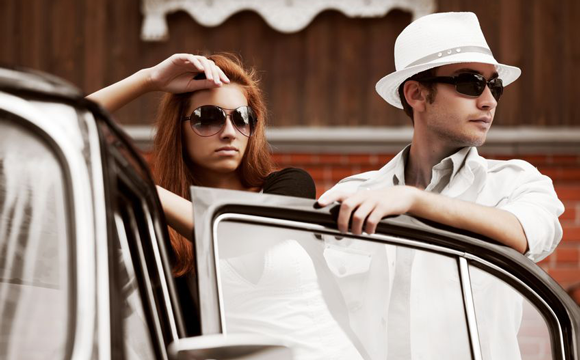 In a way, getting married felt a little like going away to college: new living arrangements, new things to learn, new social schedule, and lots of invitations to join new groups. In particular, we kept on getting invited to join groups specifically geared for young marrieds: camping groups, cooking clubs and bible studies – all populated by excited newlyweds just like ourselves.

Here’s why. Young marrieds groups, by definition, excluded two groups of people that we desperately wanted to stay connected to: singles and older married couples.

Staying single-minded
The church already honors, exalts and highly encourages marriage. Those who have spent more than a decade in the church as a single adult, as my husband and I had before we met, have often joined in the praise and honor of marriage, but been left feeling like we were second-class citizens as single people. We had both experienced the pain of having close friends who, once married, seemed to have no space for us at their dinner table unless we had a plus-one.

When the time came for us to move from singleness to married, we both wanted to make sure we left space to affirm and celebrate our friendships, both with single and married friends. We chose to stay in a bible study with a mixture of single and married people, and wanted to avoid ever having to say to a single friend “sorry, I can’t invite you – it’s a young marrieds dinner/party/study.”

Ten years down the line, I have retained some precious friendships with those single friends I had to specifically make time for in the early days of marriage when double-dating other newlyweds was so exciting. Some of those friends are now married, others remain single; but what’s important is that they are still friends.

Making new-old friends
The second reason we decided to forego the young marrieds group was that my husband and I realized early on that we desperately needed some people-who-were-not-our-parents who had more experience in wedded-land than we did.

Our first year of marriage was hard. We took it in turns to be unemployed, we moved half way around the world, we were broke and lived out of suitcases in friends’ living rooms for nearly two months in our first months of marriage. As if circumstantial tension wasn’t enough, we also had vastly different communication styles and ways of handling stress (me: talk about it, him: talking makes it worse).

We needed support and encouragement, but we knew we needed more than other newlyweds who could offer no more than a sympathetic “us too!” as we all pooled our marital ignorance.

We needed older, married couples who could say to us “yes, us too… and this is how it worked out years later”. We needed the “yes, we also faced that, and this is what we learned over time.” We needed someone who could discern between a “honey, that’s a minor issue you’re crying over, just let that one go” kind of issue, and a “whoa – you need to address that thing and do it NOW” kind of problem.

We deliberately prayed for and sought out the company of older couples. Our criteria at first were pretty simple: find people at church who look like they like their spouse, then have the courage to talk to them, and if it seems like there’s a conversation there – PURSUE IT! We invited couples twenty years our senior over for dinner. We brazenly invited ourselves over to their houses. We seriously-jokingly told them we were taking notes on how to be happily married while with them. We asked them questions, we invited their advice.

Four years into our marriage, we had a troubled season. Graduate school, financial stress and the ever-present “should we have kids?” question was hanging over our heads. My husband was withdrawn, I was distraught. In that season, God used one married girlfriend, two beloved single girlfriends, one wise widow and the loving and prayerful counsel of an older married couple to walk us through those tough months. It took the whole village to raise us in our marriage.

In the end, our decision not to join a young marrieds group was not a NO to young marrieds fellowship. Other newlyweds were a group with whom we had a natural connection anyway. Rather, we decided to forego the young marrieds group so that we could say YES more often and more fully to two other beloved and necessary groups: our single friends and our new-older friends.

We’re so grateful we did. Tempting as it was to climb into the cocooned community of couples, the counsel, love, perspective and fellowship of our single and older-married friends were instrumental in helping us start marriage right.