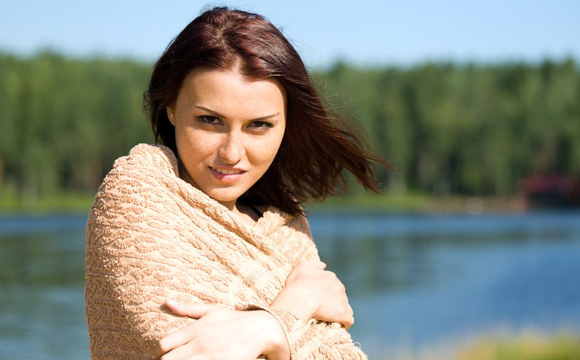 “I’d rather you not touch my shower towel, okay?”

I quizzically glanced at my new husband, Ted. My freshly washed hands frozen in mid-air, just inches from his towel.

Was he being serious? After all, he did have dry humor down to an art. This wouldn’t be the first time he’d fooled me into believing he was earnest about something I found strange.

I waited for the mischievous sparkle in his eyes. Nothing. Nope, not even a mild twinkle.

“Um…okay.” I replied, quickly drying my hands on my pj pants.

I wasn’t sure what the big deal was. It was just a towel, right? And it wasn’t like I was some random person in his bathroom. I was his wife. His wife with clean hands, I might add. If I had caught him drying his hands on my towel back in those days when we had “his” and “her” bathrooms, I wouldn’t have cared. Plus, if my memory served me correctly, wasn’t this the man I’d found using my toothbrush on a recent trip? A toothbrush was way more intimate than a woven piece of fabric, if you asked me.

Yet instead of disrespecting and ridiculing what seemed to me no big deal, I decided to honor Ted’s request. So I bit my tongue, withheld the sarcastic comments that threatened to flow, and for years did not even brush my fingers across his towel…that is except on those days each week he abandoned it to the laundry basket for one of its cleaner siblings.

I won’t say it was exactly easy, though.

Every time I walked into his favored bathroom, there it was–his towel. His precious. Tempting me to dry my hands on it: “Ted’ll never know,” it whispered. When I resisted, it taunted me with its exclusiveness: “Your fingers aren’t worthy enough to even brush against me.”

Bathroom trips left me feeling like I was trapped in the Twilight Zone…or a very weird episode of Sesame Street. You know, one where inanimate objects suddenly break into Broadway tunes.

I look back at our years of Ted’s off-limit towel and I’m reminded of an important truth: Marrification–0r growing into the united state of marriage–takes time. In many ways it’s like the spiritual process of sanctification. That process Webster’s defines as “the state of growing in divine grace as a result of Christian commitment.”

So that’s the gift I gave Ted when it came to his shower towel: time. Time to allow his single self to die. Time to slowly, but surely, merge our two persons together. And it hasn’t been confined to simply towels. It’s extended to lots of areas in our marriage. The time Ted gave me to get over the shock of him using my toothbrush, for example, on those occasions he forgot to pack his.

I’m happy to report that trips to the bathroom are no longer traumatic for me. Thankfully, over the course of eleven years, Ted has lightened up. A lot.

Sure, he still prefers I don’t dry my hands on his towel–and yes, I still honor that–but if I happen to touch his towel, he no longer goes Gollum on me. If fact, there have been days in our now shared bathroom where one of us forgets to replace the towel they’ve discarded for washing. When this happens, we end up using the same one. In days past it would have made Ted gasp. Now he simply laughs it off.

*Photo by bagaball under CC License.