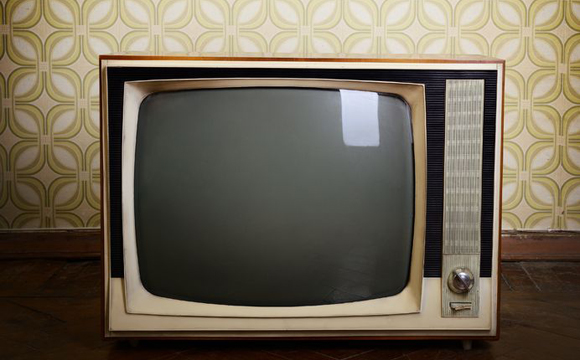 “Why I hate TV…”  This was a topic I was assigned to write about in my pre-marital counseling.  Apparently, I had a problem with TV.  Oddly enough, I didn’t actually give much thought to TV until I met my fiance.  My schedule was too saturated to make time for shows.  My fiance, on the other hand, was a recent college graduate who had seen Bad Boys II three hundred times because, hey, what else is on at two in the afternoon (or morning, for that matter)?

Since we’ve been married, I’ve had to learn how to watch TV.  I know it sounds ridiculous, but I’m a to-do list kind of woman, so spending hours watching someone else live an imaginary life had never made it on the list.  But loving my husband meant I had to find middle ground.

When I say my husband watches a lot of TV, I mean a LOT.  He always tells people that if he had a day all to himself, he would watch TV all day long while reading articles on the ipad and keeping tabs on sports with the laptop.  He is the perfect audience for all networks because he is ridiculously smart and appreciates quality writing, but he is also looking to decompress with inane sitcoms.  There are not many shows or movies that he wouldn’t watch.  He is an indoorsman, just introverted enough to crave the low-energy solo activity, but just extroverted enough to enjoy using his vast knowledge of TV culture to connect with other guys.  TV is his time-killer, his stress reliever, his decompression, his entertainment, his background noise, his creative outlet, and his quality time.  To love my husband, I must embrace TV.

I should admit that this part of him wasn’t a surprise to me.  In our dating and engagement, I could feel the pull of our conflicting perspectives on how we spent our time.  Sometimes I was gracious and selfless, but often I judged him and nagged him and fought him about it (hence the pre-marital assignment).

So what’s the big deal?  Practically everyone watches a little too much TV.  I should just get over it and join him or let him do his thing and I do mine, right?  After hearing my same lopsided dynamic from too many spouses, I’m not so convinced it’s a small deal.  Let me explain.

Answering the prompt, “Why I hate TV,” forced me to dig deep into my volatile reactions to my husband’s TV watching. At that time, the core of why I was so angry when my husband (then fiance) watched TV was because it was counter to the trajectory I had in mind for our lives.  A TV break is great, but a TV habit is numbing.  Hours each day sitting inert in front of a TV felt like an affront to my goals, like a waste of the precious days I was given.  Seeing the man I loved and wanted to join my life with fall prey to the very act that I actively guarded myself from made me terrified.  But because we still lived separate lives, it was easy to move forward in our relationship; we weren’t yet sharing time as married couples do, so we could compartmentalize our issue and never prove my fear right.

In our marriage, however, everything that disappointed me about TV was magnified by the feeling that it was me or the TV.  We were both in competition for my husband’s time and affection.  I didn’t feel heard or cared for when he would choose the television, but he would tell me his needs weren’t being met without it.  We fought a lot without ever resolving the issue. Neither of us could bear to lose if we actually stacked up me against the TV, so instead of talking it out, we acted it out, letting anger leak into our words and thoughts, all the while ignoring that undercurrent with the help of a sitcom.  During the most difficult seasons of our marriage, as an act of self-preservation, we chose to let our time spent watching shows distract us from the major character impairments that needed attention: for me, nagging and judging; for my husband, complacency.  Hours spent focusing on someone else’s reality let our emotional dirty laundry build up out of control.

It’s not to say that TV in itself is bad.  There have certainly been great seasons in our marriage where TV became a mutual and welcomed date.  When I was pregnant and beached like a whale on the couch, Netflix came to the rescue every weekend and even most nights.  We had lost so many other ways of connecting because I was interminably uncomfortable and increasingly limited in my movement that knowing there was a sure way to spend time together even when we were exhausted was a win.  I became a fan of certain shows and loved the shared connection I had with my husband over the course of different series or movies.

But if my threshold were never reached, my husband would be fine always choosing TV as the primary way we spent our downtime.  Even as we learned to compromise, we weren’t on the same page.  Resentment would leak out on both sides as we wrestled with boundaries for TV watching, with moral implications of stewarding our time, with a dearth of alternatives when we were tired or on a tight budget, and with my inability to simply enjoy recreation.  It was confusing because I had grown to love TV in certain quantities, at certain frequencies, and with certain quality criteria, none of which were consistent or even articulable.  But I knew the standards were there when I would overshoot them and max my threshold for TV.  I grew to both love and hate it so much.

But all of this is just context.  I’m skirting the issue as I did for so many years with my husband, and as so many spouses do.  So let me give voice to the wife who both loves and hates TV herself and who wishes her husband would hate it a little more than he does.

When you married me, you vowed to love me as Christ loved the church and to give yourself up for me.  It was a romantic and chivalrous charge that I believed you could and would always strive to fulfill.  You made me feel protected and cherished by your vow, like I was the only thing that mattered to you.

But somewhere along the way, I stopped feeling protected and cherished.  I felt second to your own leisure.  You would say you just needed to relax after a hard day’s work, you needed some time to decompress and just be by yourself, you needed to follow your sports team, and you needed to catch up on shows that you loved.  It all made sense, and I wanted that for you.  I really did.  But there was always some valid reason why you couldn’t say no to the TV.  Somehow it stole you away.

I miss you and our conversations.  I miss your spontaneity to romance me and whisk me away on an adventure.  I miss getting out of the house and taking on the world together.  I miss falling asleep next to you.

We are often so tired and unoriginal.  Where did the adventure go?  I fear that you are indulging in adventure in a reality without me.

You have one life… just one.  You have chosen to share your one life with me for the rest of your days, yet you forget the value of each of your minutes (each of our minutes) when you let your mind wander too far into the world of what you watch.  I feel cheated.  I feel devalued by your priorities.  I feel sad for the ambition, potential, and promise that sits dormant in you.  I am your champion, yet too often you choose TV instead of the challenges and opportunities of life, leaving me without an eligible contender to root for.

It has taken ten years to sift through the conflicting layers of our feelings about TV, but even my husband who loves TV with a costly love has come to see that I was not thriving in his virtual world.  And if one spouse isn’t thriving, the marriage isn’t either.

I would like to say that my husband has come to agree with my standards for TV quality and quantity, but he hasn’t, and I’ve grown up enough to recognize that my standards are barely perfect for me let alone for anyone else.  We all have different needs and thresholds.  My husband’s are greater than mine, and that’s fine.  I love him because he is him, not because he is me.  He has, however, joined the compromise in pretty drastic ways.

When I come in the room, he pauses his show and asks if he can keep watching or if I would like him to pause.

All inconsequential sports watching is over and done (seriously, I’m talking days in a week given back to me by my sports faaaaaanatic man!) in exchange for a free pass to watch any game that he tells me is important to him.

If there is a show or movie he thinks I might like, he will wait to watch it with me instead of watching it alone and rewatching it with me.

He and I have agreed to standards for the quality of shows so that we will never put ourselves in a position to tune into something on TV that would have tempted us in real life.

Rather than watching TV while I make dinner, he reads or does something productive and saves his TV watching for when I’m asleep.

He will always turn the TV off if he has the opportunity to spend time with me (unless of course we have chosen to watch it together).

He makes it a point to hear me and do get out of his comfort zone with me.  We walk more, we talk more, we romance each other more, we laugh more, we go out more, and we sleep more.  While he and I still have a difference of opinion on how much TV is too much, he has redefined his TV habit so that I will always win in a contest between me or the TV.

If I were to re-do the “Why I Hate TV” assignment today, I would have to say that I really don’t.  I love the good parts of TV and am wary of the bad.  And having gone through this examination of how TV has played a part in my marriage, I am ever grateful for how much more intentional my husband and I are with how we spend the finite time we have together.