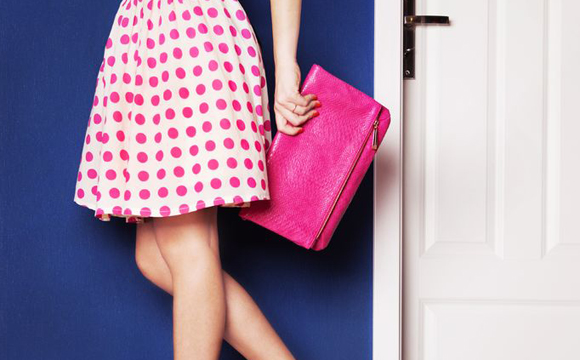 In Matthew 19, the Pharisees began to test Jesus with some questions regarding marriage and divorce. Jesus answered them with truth from the Word of God (something that the Pharisees claimed to be extreme experts on):

And He answered and said to them, ‘Have you not read that He who made them at the beginning ‘made them male and female,’ and said, ‘For this reason a man shall leave his father and mother and be joined to his wife, and the two shall become one flesh?’ So then, they are no longer two, but one flesh. Therefore what God has joined together, let not man separate’” (vs. 4-6, NKJV).

This passage of scripture is very familiar to many of us. I’m sure you have heard it recited at least once if you have ever attended a wedding ceremony. But I wonder:

Have we ever asked ourselves what it TRULY means to become one flesh with our spouse?

I have to admit, I didn’t give it much thought, but over the course of these last several years of marriage, I have found a deeper meaning of what becoming one flesh with your spouse actually means to the Lord.

I have thoroughly enjoyed becoming one with my husband emotionally, spiritually, physically, and mentally- becoming a unified team, tackling life together. But for a majority of our marriage, we didn’t even realize that we were keeping a part of our lives separated- our finances.

I believe the struggle began for us because we had two separate checking and savings accounts, and it just started to become more difficult to remain in unity as the years went on. There were many occasions where the enemy used that gap in our marriage to wiggle in and create problems, especially when my independent personality tried to take over.

It wasn’t that I didn’t want to share my income or that I didn’t believe all of the money was OUR money. Since I was earning money from my own job, and had control over my own bank account and budget, I was always tempted to make financial decisions on my own- whether that was how much money was set aside (or lack thereof), given to God’s house, or making certain purchases (which helped build our mountain of debt).

Early on in our marriage, compulsive shopping was very problematic. I would hide items that I bought from my husband for as long as I could because I knew he would be upset that I didn’t talk to him first before I spent the money. I didn’t want to disappoint or worry him in any way. I knew it was wrong, but I couldn’t seem to stop. All of this was a learned behavior from my own upbringing. When you were unhappy, had a bad day, or were just plain bored, you went shopping.

And when you realized that you didn’t have enough money for food, necessities, or bills, you went back to the store and returned something or put it on a credit card or asked a relative for some extra cash to get through the week. This type of lifestyle is NOT what Jesus meant when He said that He came to give us an “abundant life” (John 10:10).

We don’t serve a “just-enough-to-get-through-the-rest-of-the-week” God. There are so many promises from the Lord that we can find in the Bible regarding financial blessing and provision and even more verses on Godly financial wisdom. I urge you to search out those scriptures for yourself and allow them to shed light on any financial issues you may be facing.

That’s exactly what my husband and I did. We reached a point where we felt utterly crushed under the weight of our debt. The Bible says, “Little foxes spoil the vine” (Song of Solomon 2:15) and that’s what happened. Our problem wasn’t huge purchases, but a little dinner here, and a little unforeseen car maintenance there. We would even buy gifts or dinner for other people, thinking we were sowing a good seed, but it wasn’t our money! Within just two years of marriage, we found ourselves in about $15,000 of credit card debt. It became very real to us that something needed to change regarding how we stewarded our finances.

We needed to work as a team and attack the debt together. We needed our money and financial decisions to become one. But first, we needed to seek the Lord and ask Him for guidance. We studied what the Word said about financial wisdom and the Lord told us to write down our vision, and make it plain (Habakkuk 2:2). Before we started attacking this debt, we needed to know exactly how many credit cards we had and what amount was on each one. We started with the smallest one first and began the journey to debt freedom.

The Lord also gave us specific directions to our situation, which definitely felt like huge sacrifices for us: selling our cars, working part-time jobs, and giving any time God asked us to. We listened and remained obedient, even when it didn’t make sense in the natural, and even if it was uncomfortable. Through our diligence and obedience, the Lord began to bless us financially in so many ways: raises, bonuses, increased sales and commission, and favor with important purchases.

Within 15 months, the Lord helped my husband and I reach debt freedom with our credit cards. Shortly after that happened, we entered a very special season in our marriage that we waited to occur for over three years. My husband no longer had to work out of town, two-three jobs, or on the weekends. He was home from work before I was. No money in the world could replace that blessing for us. Also, because we had more time available, we were able to dive into more ministry together at our church, where we eventually joined the worship team and became the youth pastors. We are living the abundant life!

I pray that you experience this kind of abundance that Jesus died for you to have. I also pray that when you reflect on that familiar passage of scripture in Matthew 19, you allow the Lord to join every area of your life with your spouse’s life.

Yes, even your pocket-book.

Emily Rose Massey is the author of Yielded in His Hands (eLectio Publishing, 2015), a true story of a life delivered from the mire and filthy pit and bondage of sexual sin and molded into a vessel for the Lord to flow through to reach others for His Kingdom. She and her husband are both active leaders in many areas of ministry, including worship ministry, drama ministry, prayer ministry, and youth ministry. In addition to teaching and preaching the Word of God, Emily also pours out her passion for the Lord through her songwriting. Her songs spring forth out of a forgiven heart full of thankfulness and devotion unto God. Believing she has been forgiven of much, she loves much, and desires to point others to Christ and His redemptive and transforming power. To connect with or learn more about Emily, visit emilyrosemassey.com.