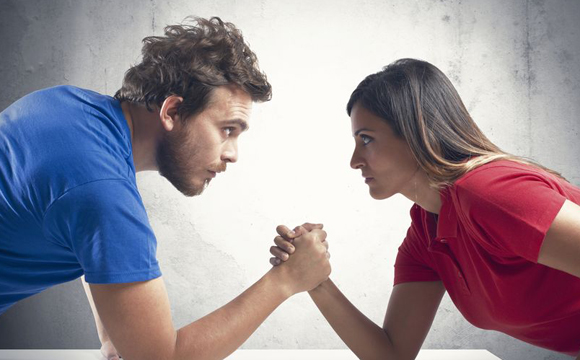 I thought it was only us. We were the only newlywed couple who struggled so much. No one else was fighting at the drop of a hat. No one else wanted to not have sex. No one else found these new roles and responsibilities so intimidating. We were supposed to be living the best part of our lives; we were beginning a new, romantic adventure.

So why did every day just feel draining?

As I’ve talked with other couples and braved the embarrassment to ask, I’ve found this to be a common theme. Very few couples have blissfully happy beginnings. In fact, many describe it rather crudely. The first six months aren’t just full of “growing pains” and “miscommunication”; the first six months, they say, just plain suck.

The reasons for this are many: lack of communication, division of family holidays, money issues, sexual frustration and expectation. Not to mention the various time and career sacrifices you both made when you chose to leave single life behind. These and more cause a tension that leaves both parties stressed and not at their best game.

But here’s the silver lining: it can be a good sign. The folks who talk most candidly about their bad beginnings have the most solid and romantic marriages I know. In comparison, those who smiled and faked their way through the first six months are still fake smiling today.

Once my husband and I passed the first half of being newlyweds, it was like a physical shift happened in our home. Because you get used to the new life. Your mind and body might take their sweet time adjusting to a new world, but eventually they do catch up. There’s no counseling or magic word or particular change that fixes it. It just takes good, old fashioned time.

But honesty and a healthy perspective certainly help. Part of that healthy perspective is expecting things to be tough. When you’re struggling, fear of why you’re struggling and what it might mean only adds more unneeded pressure. Take a deep breath and do not panic. You did not make a mistake by getting married; you did not make an irreversible bad choice. You’re just in a transition period. And it is both normal and necessary for you to be here.