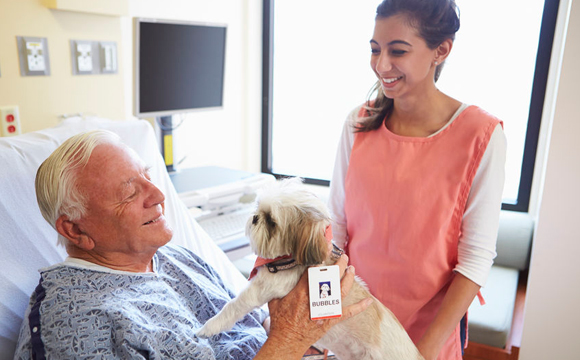 “Men are never sure,” he told me. “In fact, you’ll never fully understand how unsure and insecure men really are.”

I looked down into the face of experience—70-years-married experience, come Christmas Day 2014.

He looked terribly uncomfortable laying there in the hospital bed, propped up at an awkward angle to favor his new right hip. I strained to make out each sentence; his voice scratchy and slightly difficult to understand, diluted by years and parched from medication. If anyone knows anything about marriage and relationships it ought to be this man. I leaned, ears primed to catch the truth about the insecurities of the male gender from an insider’s perspective.

Perhaps age and fatigue tangled his thoughts, but he never explicitly elaborated on that topic. Instead, he asked me about my own daddy and husband. I told him about growing up, my father’s employment and the fact that he raised four girls.

“When your dad went into business for himself, did he ever tell you how scared he was?”

“Your husband is getting ready to deploy, right?”

I’d already shared pieces of my own story, connecting points of empathy with this marine veteran.

I pondered this. My husband never shows a lick of timidity or hesitation. His role as an Army officer permeates his demeanor both on and off the job. He had been itching for another deployment, anxious to see action again, to test his own mettle.

“He’s not sure,” my new companion stressed. “We men always wonder if we’re doing it right or if another man could do better. There’s so much riding on us—provision, performance, family, coworkers and if we’re lucky, friends.”

“I remember before I got married. It was so much different–doing whatever I wanted and I didn’t really worry about the future or the consequences of my choices. When a wife and family depend on you, it’s terrifying.”

My dog wiggled a little bit, broke my concentration and reminded me why I was here in the first place. As a therapy team, my dog and I frequently visit patients in the local hospital, trying to bring levity, smiles and distraction from the pain. Since entering this, the first room of the day, an hour had almost slipped by. Finally, I squeezed his hand and whispered that it was time I took the dog outside again.

He held my fingers. “Thank you for coming. You were such a joy.”

His words warmed my heart but forced the truth out of me. “Oh my no! I have been so blessed, so lucky to spend the afternoon with you. I’ve learned so much and really enjoyed it.”

His eyes closed and Brave and I left the room.

When I got home, my husband had already returned from work. I decided not to probe him about his potential insecurities or question him as to the accuracy of my newly acquired insight. But I did ponder him in a different light. I saw him, for once, as a man who needs me.

No, he doesn’t need my provision, protection and really—he doesn’t need my advice. My husband needs my recognition, my gratitude, my affirmation and my respect. It’s not a new concept. Most of us have at least heard the concepts of “love and respect” and the differences between “Mars and Venus”. But this time, I had a case study. I’d heard it from “the horse’s lip”. I had a source who is far enough along in life that humility illuminates honesty and he’s happy to share for the benefit of others.

Later that night, I read a devotional excerpt from C.S. Lewis’ book, A Grief Observed. His words struck the same chord in my heart. Lewis spoke of softness and tenderness in men as not feminine qualities to be shunned, but slowly developed traits, cultivated through marriage, creating in men the fulness of the man God created them to be. And of women, the qualities of fairness and chivalry, traits refined in the union of marriage, forging a more perfect person—a person more perfectly resembling the Savior.

“There is, hidden or flaunted, a sword between the sexes till an entire marriage reconciles them. It is arrogance in us to call frankness, fairness, and chivalry ‘masculine’ when we see them in a woman; it is arrogance in them to describe a man’s sensitiveness or tact or tenderness as ‘feminine.’ But also what poor, warped fragments of humanity most mere men and mere women must be to make the implications of that arrogance plausible. Marriage heals this. Jointly the two become fully human. ‘In the image of God created He them.’ Thus, by a paradox, this carnival of sexuality leads us out beyond our sexes.”