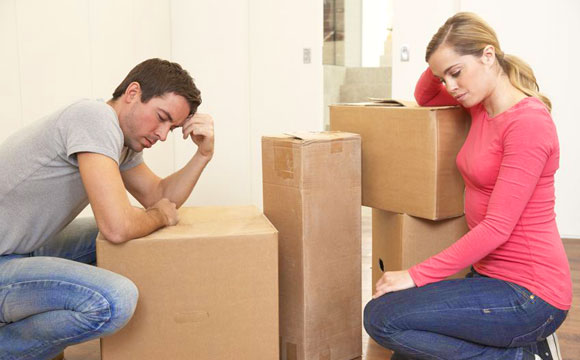 If you’re like most young adults today, you want to marry one day and maybe soon, but it just doesn’t seem to be happening for you yet. But you do have someone in your life and you’re wondering if moving in together might help get you closer to “I do”.

You are not alone. Cohabitation has become the fastest growing form of domestic life over the last two decades. Remarkably, more than 60 percent of all marriages today are preceded by some form of cohabitation.

Here are five questions many like you are asking in considering cohabitation. And the good news is you don’t have to guess at or wonder about the answers. There are people who know the answers with great confidence, and they are not your grand-parents or your local pastor, priest or rabbi.

They are an army of very diverse researchers from around the world and they have published their findings in leading scientific journals. The general summary of this body of research leaves us with some very sure and confident conclusions about what moving in together will likely mean for your current and future relationships.

Question 1: Isn’t cohabitation only a concern for those who are very religious or traditional?

This is an interesting and important question. While it is true that more religious and traditional people are less likely to cohabit, there is absolutely no research indicating that cohabitation only affects us based on our view of it. It shows that regardless of background or belief, cohabitation tends to impact most couples in very similar ways. And nearly none of those ways are good.

Clearly it is not, otherwise, couples would not choose cohabitation as an alternative to marriage, right? Couples cohabit because they understand living together IS different from marriage, and they see that difference as somehow beneficial. But is it?

One of the first major scholars to study the differences in cohabiting and married relationships found that all other things being equal, “cohabiting couples, compared to married couples, have less healthy relationships.” She explains, “They have lower relationship quality, lower stability, and a higher level of disagreements.” And even in the intervening years as cohabitation has lost nearly its entire social stigma, researchers still find that cohabiting relationships are significantly poorer in all important measures of relational quality and overall happiness than the average marriage.

In fact, the precise opposite is true! There are few things couples voluntarily do – and in such large numbers – to more effectively sand-bag their future marital success than living together before marriage. This is one of the strongest and most consistent findings in the research today. Scholars have stopped asking whether this is true, and now ask why.  Cohabiting before marriage boosts one’s likelihood of divorce 50 to 80 percent compared with those who marry with no such experience. So, cohabitation would be strongly advised for those who desire to dramatically increase their likelihood of divorce one day. But who wants that?

Question 4: Isn’t it actually better though for women to cohabit than marry a man who might not turnout to not be a keeper?

Anyone trying to build a case that cohabitation is good for women in any measure would be hard-pressed to find any supporting evidence. Cohabitation is shown to hurt both men and women, but researchers find its impact on women is more negative.

First is the problem of differing expectations and hope deferred. Women are more likely to report believing their cohabiting relationship will soon lead to marriage. Their boyfriends are more likely to describe their relationship’s goal as “just hanging out and having fun together.” What’s more cohabiting men and married men who cohabit before marriage are shown to be less committed to either relationship. This was not seen among women at all.

Cohabiting women are also more likely to have to work outside the home, even when they would prefer not to. And boyfriends are less likely to help with household chores than husbands, a difference of eight hours a week, by one measure. Newbie husbands who are not acquainted with a toilet brush or dishwasher are more likely to become so than boyfriends are. Husbands are more trainable than live-ins.

Again, just the opposite is true. Anyway you measure it, cohabiting relationships see dramatically higher levels of physical, emotional, verbal and sexual abuse than marriage. This is also true for children living with a cohabiting parent. And the severity of abuse is greater among live-ins. And surprisingly, cohabiting women are more likely to be isolated from a caring and supportive circle of family and friends who can provide protection from an abuser. Married women, on average, tend to have a greater supportive circle of friends and advocates beyond their domestic relationship than cohabiting women do.

These are well-established and undisputed findings among scholars who study marriage and cohabitation. In fact, you would be hard pressed to find anything in the research showing a beneficial out-come of cohabitation. This knowledge should be just as common among couples considering moving in together, for it could save a great deal of disappointment, heart-ache and pain.

For more information on cohabitation research, see this free resource, or pick up a copy of Glenn’s book, The Ring Makes All the Difference.

Glenn T. Stanton is the author of the upcoming book, The Ring Makes All the Difference: The Hidden Consequences of Cohabitation and the Strong Benefits of Marriage (Moody, 2011). He is a leading family researcher as the Director for Family Formation Studies at Focus on the Family in Colorado Springs and debates and lectures extensively on the issues of gender, sexuality, marriage and parenting at universities and churches around the country. He served the George W. Bush administration for many years as a consultant on increasing fatherhood involvement in the Head Start program and is a regular columnist at National Review Online and Boundless. He and his wife have five endlessly growing children and they live in the shadow of Pikes Peak in Colorado Springs, Colorado.