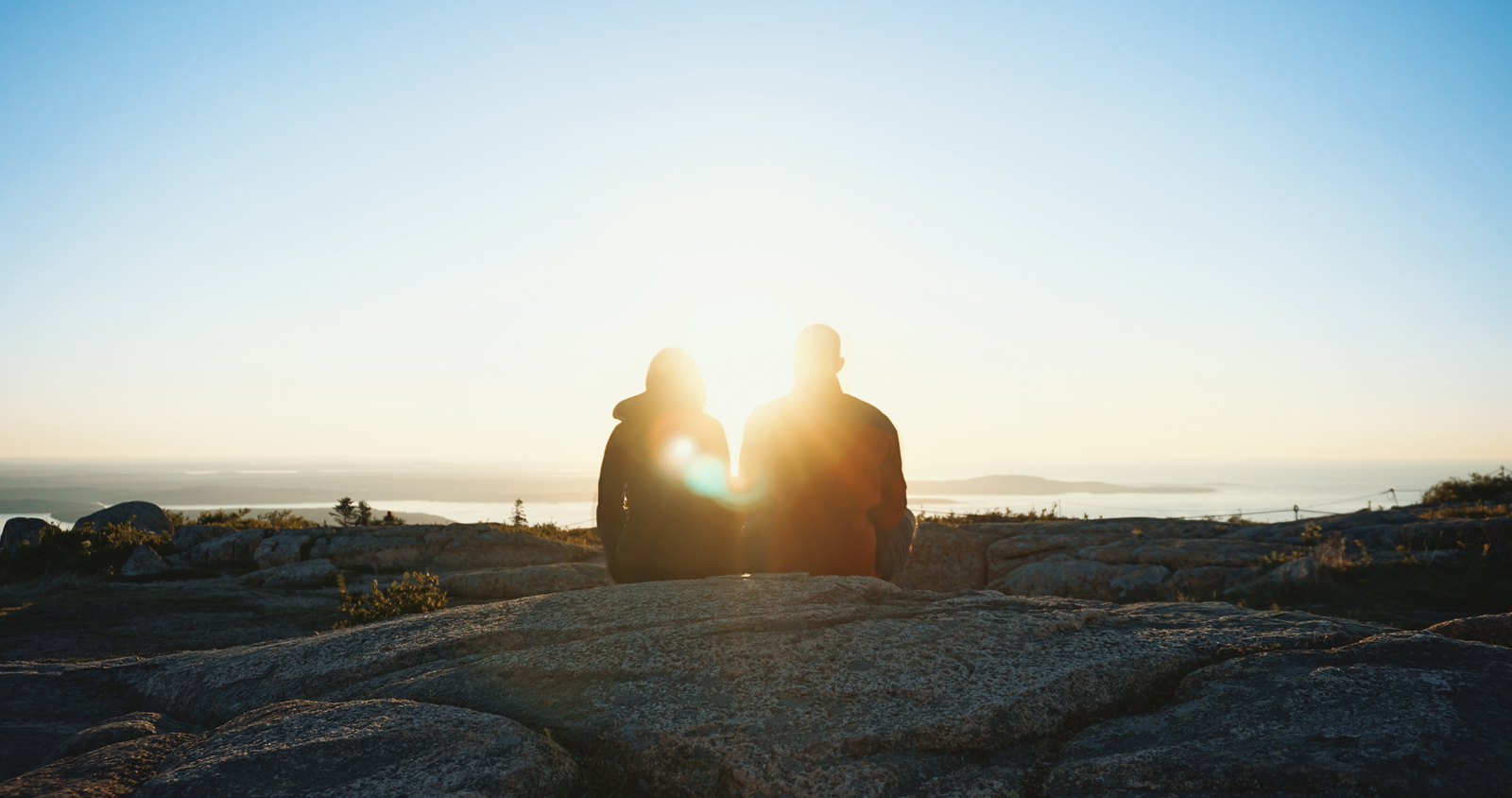 Some people grumble that roses have thorns; I am grateful that thorns have roses.
― Alphonse Karr, A Tour Round My Garden

Third person marriage changes at least two perspectives and the experiences that go with them:

First, a third person marriage sees everything – every conversation, every activity – as an aspect of God’s intervening grace.

In this kind of marriage couples are less likely to grumble about each other and more likely to be grateful for each other. We are also less likely to look outside when things go wrong in our marriage – to shift blame. This reaction impedes intimacy and healing and damages our view of each other’s character – the very character that promotes respect and love.

For example, even after Saul had been anointed Israel’s king and even after several successful military operations, he began to blame others for his mistakes. Even after the priest, Samuel, had told Saul to wait for his arrival to offer a sacrifice for God’s deliverance from the Philistines, Saul panicked and proffered what only a priest was to perform. As the last wisp of smoke rose from the offering, Samuel arrived. “What have you done?” Samuel pressed. Saul deflected, “I saw that the men were scattering…so I felt compelled to offer the burnt offering” (13:11-12). Saul looked outside when things went wrong.

Had Saul considered the presence of God in the circumstance, had he considered the third person in every situation, it’s less likely that he would have offered the sacrifice and even more improbable that he would have deflected the blame. The third person perspective could have helped Saul avoid this serious mistake and earned the good reputation that comes when we own the blame. Seeing every conversation and every activity as an aspect of God’s intervening grace would have promoted the respect and love that come from following God’s instructions and telling the truth.

A third person marriage sees everything – every conversation, every activity – as an aspect of God’s intervening grace.

By contrast, David, after his sin with Bathsheba, looked inside. He owned the blame. “I have sinned” he confessed to the prophet Nathan (12:13). David accepted and expressed his failure. He looked inside first – and the only time he looked outside was to the Lord – and only for mercy (Ps 51:3-11).

For Saul and David, and all of us who believe, there is a third person in every conversation, in every activity. He hears us and knows us.

Couples who learn to recognize the third person in their marriage still argue with their spouses. The difference is that as the smoke clears, they ask things like, “How did I contribute to this hurt?” or “What can I do to help resolve this?”

Instead of limiting our celebration of those magical moments in marriage to just ourselves, third person couples share in the deeper reality that the One who made marriage is cheering too.

For example, celebration echoed through the valleys surrounding Jerusalem the day David brought the Ark of the Covenant to the city (2 Sam 6). It was like David had won a gold medal, accepted the Nobel prize and founded Google in the same day. For the first time, the symbol of God’s presence would rest in the city.

As David danced, he saw the third person in the celebration. Although his outward-looking wife chastised him for indecency, David declared, “It was before the Lord…I will celebrate before the Lord” (6:21). David returned his joy to One who gave it and then outward to those around him, blessing both his followers and his family (6:18-20). When joy comes to marriage, we should, like David, look outside for someone to thank and bless – to the Lord and then to others.

How many celebrations would go viral if we chose to share the accolades– if instead of imploding into selfishness, we could explode into praise and gratefulness?

How many arguments would resolve rather than rupture if we could see the third person in every conversation and every situation? How many celebrations would go viral if we chose to share the accolades – if instead of imploding into selfishness, we could explode into praise and gratefulness? How many marriages would testify to the goodness of God if we acknowledged His place of prominence?

If we could picture in our minds the presence of The Person who knows us, who sees us, who hears us, how much less likely would we be to shift the blame, to look outside, when the problems are our own?

We can enjoy the depths and delights of marriage more readily when we picture the presence of the Third person – the One who enables us to resolve and heal conflict through confession – the One who empowers our celebrations. What Marty and I have found over 50 combined years of marriage and pastoral counseling is that our marriages are transformed when the Third Person becomes first in our hearts.

Greg Trull, PhD. serves as Dean of the School of Ministry at Corban University and as Senior Pastor of Valley Baptist Church in Perrydale, Oregon. He has also served as a church planter and founded the Africa Training Partnership, a cooperative between the university and seven denominations. Greg has been married to Tiffany for 25 years. They enjoy fishing, volleyball games, concerts and spending time with their son and two daughters.

Marty Trammell, PhD. is a regular contributor to Start Marriage Right and the co-author of Redeeming Relationships, Spiritual Fitness and Communication Matters. He has written articles, stories and bible study notes for several publishing houses and is the Humanities Chair at Corban University and the Worship and Family Pastor at Valley. Marty lives in Salem, Oregon with his wife and best friend, Linda. They enjoy hanging out with their three sons and two daughters-in-law.