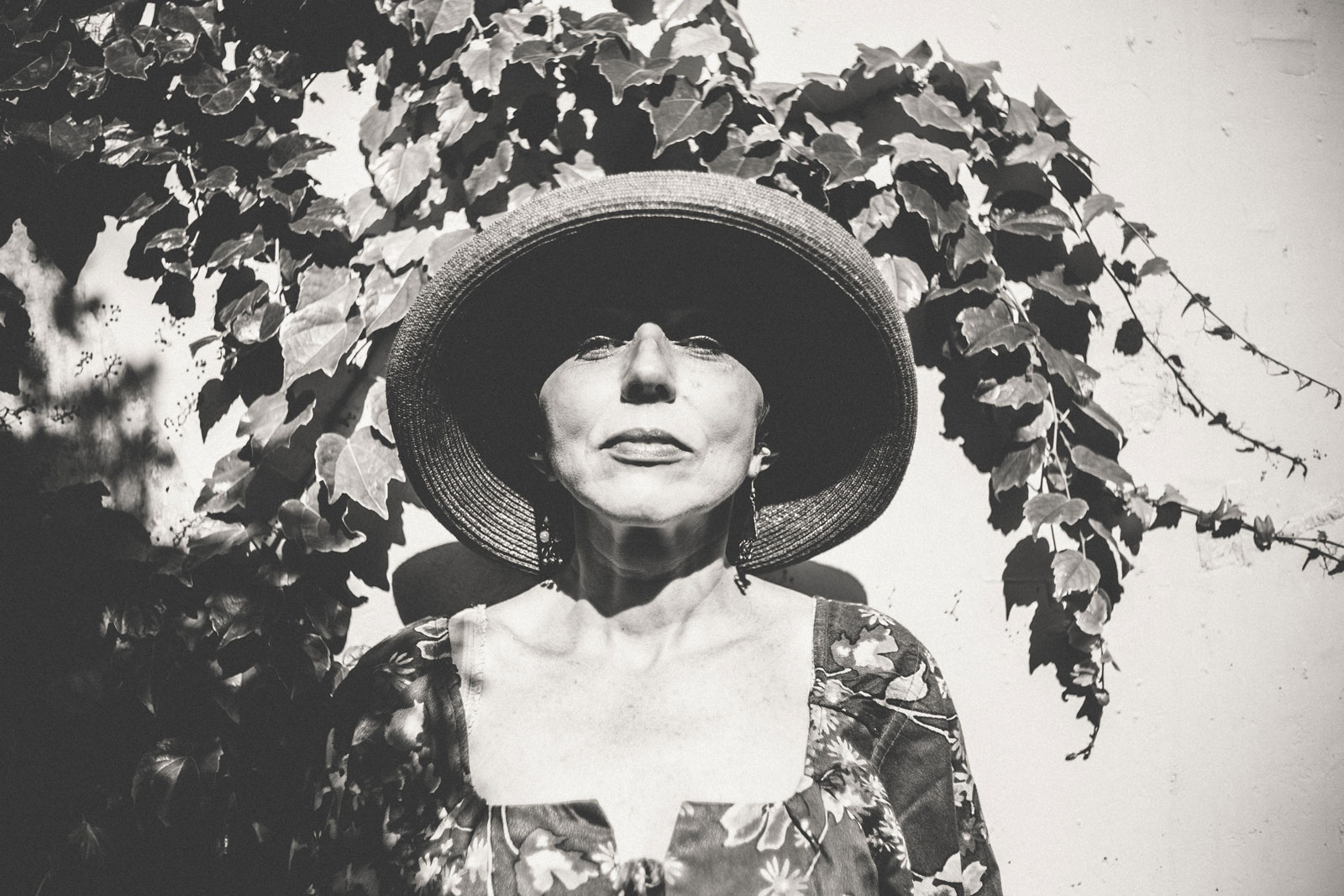 When your family was preparing to visit a relative whose strict rules of the house were of major concern, did you ever hear your mother say to you as a child, something like, “Now, while we’re with Uncle Al and Aunt Betsy, I want you to be careful to mind your p’s and q’s . You know how they hate noise and chaos in their home.” In other words, she was saying, “Be on your best behavior!”

No one knows for certain the exact origin of this phrase, but many believe it relates to advice once given to printer’s apprentices to avoid the confusing backward-facing metal type of lower case p’s and q’s. This was the same advice, incidentally, that teachers used to give to children first learning to write. The fact that the setting of type in early printing presses was difficult and very time consuming makes the printing explanation of the phrase’s origin very plausible. Such a warning was certainly apropos when you consider that, in the early days, the type had to be set upside down and backward. Somehow, perhaps because teachers also used it, this proverbial phrase caught on with parents who had the similarly daunting task of trying to instill in their children the virtue of thinking before acting.

In discussing how marriage can thrive, it might be useful to resurrect this phrase of yesteryear as an acronym for the behaviors most predictive of success in intimate relationships. These include behaviors that do, indeed, imply thoughtful premeditation. Essentially, there are 3 p’s and 2 q’s that should be kept in mind if you want your marriage to flourish.

The first “p” refers to cultivating a sense of “purpose” in your marriage. Periodically, ask each other what you want to see more of in your relationship and develop a concrete plan to accomplish it. Without a sense of purpose, marriages begin to aimlessly slide sideways, often inviting the silent despair of mere routine to replace the excitement of growth. A couple who fails to regularly review their relationship has a disturbing tendency to gravitate into a numbing status quo, which becomes, then, the path of least resistance.

More marriages die simply from inattention than any other single cause.

More marriages die simply from inattention than any other single cause. One couple, for example, who poured all of their energy and attention into raising their only child, doting on her day and night, separated and later divorced after that child left home to go to college. They no longer saw any purpose for remaining together, largely because they had entirely neglected their own relationship over the years.

The second “p” refers to the “position” you take in your marriage. As an important prelude to discussing the marital bond, the Apostle Paul emphasized the view that we are to serve one another, for that is pleasing unto God (Eph.5:21). If marriage is to be considered a fundamentally spiritual covenant, then doing what is right in the sight of God is essential to its success. Taking the position of a servant whose goal is to serve the needs of your spouse is not only biblical but psychologically sound. It avoids the creeping narcissism of repeatedly demanding your own way in your marriage, putting your own needs and desires above those of your partner.

The beauty of selfless service is that it invites reciprocity. This is usually due to the gratitude of the marriage partner who has been so lovingly served. It’s why he or she is often strongly motivated to give back in return. Clearly, the real genius of happy, fulfilling relationships is found in the cultivation of humility.

The third “p” refers to the “passion” you bring to your marriage. We know that when we are truly and fully engaged in something, we are usually very passionate about it. We are very open about its importance to us, both in our words and in our actions. That’s, in part, why James urged us to not be hearers only, but doers of the Word. Only then do we give evidence of our genuine commitment to a godly life.

The same principle holds true for marriage. It’s not about merely talking a good game, but rather demonstrating in our behavior that our love for our spouses is real and dominant in our thinking. Yes, that means words of affection, but it also involves emotionally and physically passionate displays of devotion. Every spouse needs to know, without a shadow of doubt, that they are loved deeply and valued highly. To the extent that you give evidence of your abiding passion, you provide assurance that the fire is still there.

There also 2 “q’s” that enhance the quality of your marriage.

The first relates to the idea of “quickening”, a term you may be familiar with in your reading of Scripture. It means “to give life or energy to” or “to revive or make alive”. Perhaps, the best-known verses using this word are found in John 5:21 (“For as the Father raises up the dead, and quickens them; even so the Son quickens whom he will”) and John 6:63 (“It is the spirit that quickens; the flesh profits nothing.”). In other words, it’s God who gives us spiritual life, so that we may follow a godly path and realize our full potential. To live a meaningful life, we must first recognize and worship the One who gives it.

Likewise, in our marriages, to make them meaningful, we must acknowledge their spiritual source. When we do, we begin to understand that, not only can life, in general, become an exciting adventure, but, more specifically, so can our marriages. That means we must convincingly embrace growth, which, in turn, means allowing natural differences with our spouses to stretch us and challenge us to become even more bonded than ever to one another. Remember, unity arises from cultivating your diversity, not from insisting on uniformity of needs and preferences. Such diversity is what injects life into marriage and gives it its essential interest value. No one remains interested in someone who is merely a clone of himself. Instead, the marriage suffers from suffocating boredom that eventually sucks the life out of it.

If your marriage needs revival, perhaps, this is where it’s most profitable to start.

No one remains interested in someone who is merely a clone of himself.

This brings us to the second “q”, which references the importance of “quoting” passages of Scripture to yourself, which serve to remind you of what encouraging words God has to say about how to respond to your circumstances. The contemporary church has largely lost its focus on the personal discipline of committing God’s word to memory, which is the backbone of meditation and, by implication, of spiritual formation. Sadly, it’s become “old school” to think that this has any practical significance for addressing everyday problems of modern life.

Speaking of one who seeks God’s mind on the habits of the heart, the Psalmist reminds us about the rationale for contemplating righteousness: “But his (God’s follower’s) delight is in the law of the Lord, and in his law, he meditates day and night” (Psalm 1:2). In effect, the Psalmist is challenging each one of us with this question: “How can we really get to know God if we spend little time listening to Him and contemplating what He has to say?” And, if we fail to know the Author of intimacy, how can we find true fulfillment in our relationships with one another? The reality is that, without daily reflecting on God’s design for intimacy, we’re likely to lack sufficient awareness of his blueprint for a successful marriage.

By meditating on God’s Word, we are, in effect, pursuing a winning life strategy.

By meditating on God’s Word, we are, in effect, pursuing a winning life strategy. When we need the solace of His grace and mercy in those hard times that inevitably occur—times that strain our relationships the most—it’s indispensable. If you understand the importance of your faith in crafting a happy marriage, then you will recognize the significance of putting into practice what the Bible has to say about it.

So, when you hear someone utter that old familiar warning, “Mind your “p’s” and “q’s”, think of the state of health of your marriage and ask what you’re doing to strengthen it. After all, the prevention of marital decay is always preferable to the belated process of damage control.

The longevity of your marriage may very well depend on it.