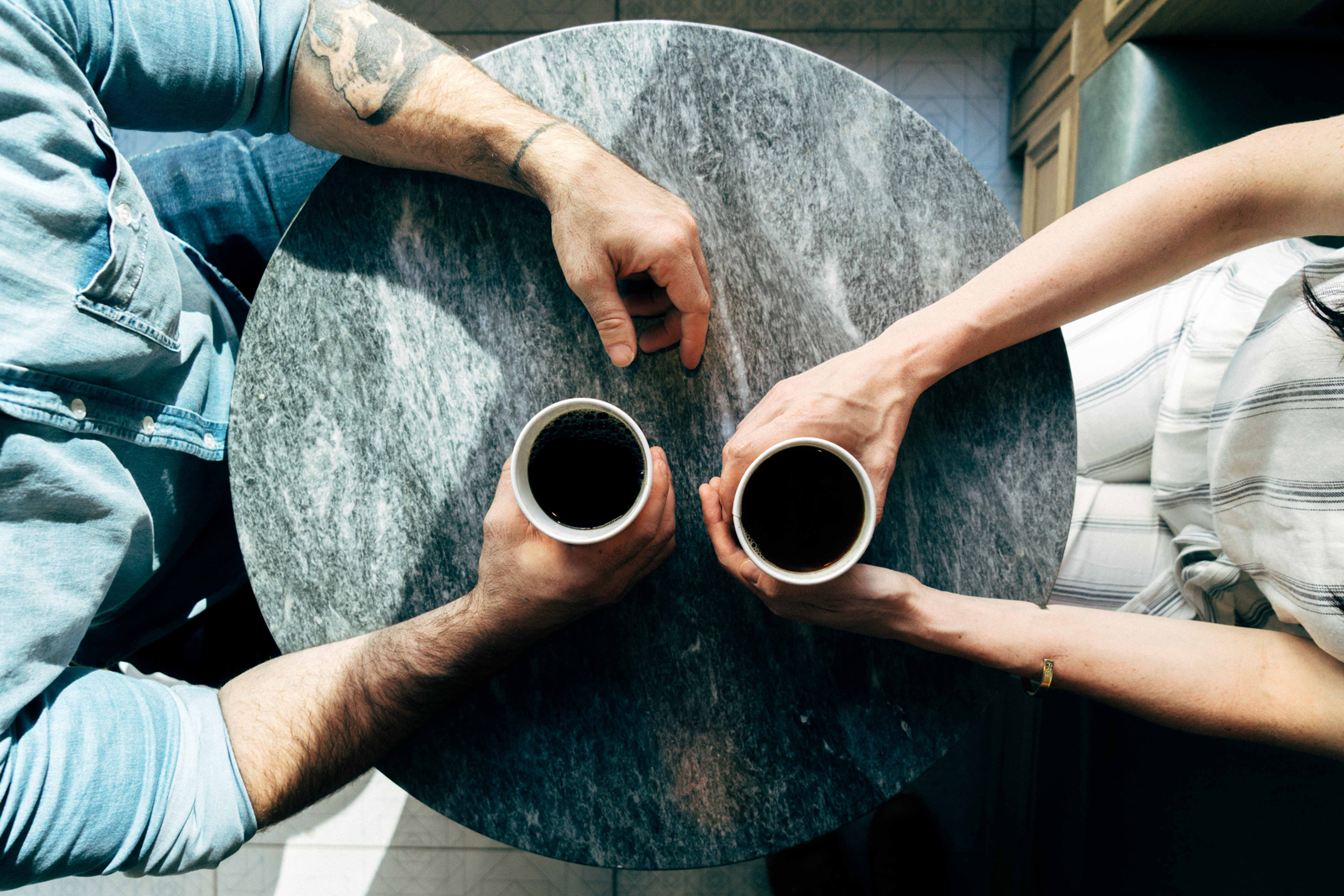 How do you think people around you would react if you received an emergency message that a loved one of yours had become gravely ill and was likely dying, and you responded with something like, “It’s best if I wait for a while before going to see him”? They would be very confused, wouldn’t they? They might think you’re pretty callous for appearing to blow it off as a non-emergency that didn’t require your immediate attention. They might even conclude that you don’t really love that person after all, despite the fact that you have said that you do.

And what about the immediate family members of that sick loved one? They would likely resent the fact that you didn’t drop everything and run to their side. They would probably, deep down, question your love. All of these responses would be quite natural if you had failed to change your schedule to accommodate the unforeseen, but despairing news that someone you love was reportedly dying.

You might say that such a thing would never happen among your circle of friends, and, if it did, you would promptly distance yourself from that person. You would, in all likelihood, tell me that you would never again be able to trust that person unless he had a very good reason for responding like that. Yet, this scenario is exactly what happened when Jesus was informed that Lazarus was sick and dying (John 11).

It was recorded that Jesus was given the message from Lazarus’ two sisters, Mary and Martha, “Lord, the one you love, is sick”, emphasizing their expectation that he would come right away. Then we read the incongruous words, “Jesus loved Mary and her sister and Lazarus. Yet when he heard that Lazarus was sick, he stayed where he was two more days.”(vs. 8). Huh? Why on earth would Jesus respond by staying put two more crucial days, especially since Lazarus would probably die in the meantime (which is exactly what happened)?

It’s important to remember that Jesus did not regard Lazarus’ death as final. In fact, he said his sickness would not end in death. So, you can only imagine what the disciples must have thought when they finally got the word that Lazarus had, indeed, died. Did Jesus misjudge the severity of Lazarus’ illness? Whatever they thought to themselves, they must have been incredulous when Jesus was belatedly so insistent on returning to Judea, especially with a death sentence hanging over their heads if they ever showed up there again. What followed was an interaction by the disciples that perfectly demonstrated the hidden agenda of indirect communication.

Before we examine this incident, let’s talk first about what indirect communication looks like.

Whenever we communicate with one another, we are operating at one or more of six levels of meaning, and these levels are occurring, either simultaneously or in rapid sequence. There are three logical (or cognitive) issues and three relational issues, often co-mingling with one another.

The three logical issues are:

The three relational issues are:

When we communicate indirectly (which means in a dysfunctional way), we are operating at a level of communication that’s deliberately different from that of the other person so as to avoid taking responsibility for what we’re saying.

Let’s say, for example, a wife says to her husband she wants to go to the beach for their vacation, but the husband doesn’t really want to go. She first makes the suggestion, which is at the communication level of action. But he responds by saying that, unfortunately, the weather forecast for the beach calls for lots of wind and rain at the beach (notice that this response is at the information level of communication, not at a corresponding level of action). Suppose further that she responds by saying she doesn’t care if it’s going to be stormy, she wants to go anyway (again, action level). He then notes that their vacation falls during a holiday period so that there will be a ton of people and lots of traffic (again, he responds at the information level). Her reaction is that she doesn’t mind the traffic and thinks that having a lot of people around will only make it more festive. So, she’s still all for going to the beach (once again, action level). Finally, he tells her that it would probably be impossible to get decent lodging arrangements, given the expected crowds (more information).

So, why do you think the husband keeps responding to his wife’s stated desire to go to the beach, which is at the action level of communication, by consistently resorting to the informational level of communication? Because he doesn’t really want to go to the beach, but he doesn’t want to say that directly out of fear she might react negatively. Unfortunately, what usually happens when such indirect communication exists is that she finally explodes, claiming that he never wants to do what she wants to do; it’s always his way or nothing. In other words, she knows exactly what he is really saying. However, since he didn’t say it directly, he can self-righteously deny that’s the case. He may say something like, “Did I say I didn’t want to go? No. I was only trying to help clarify the conditions so that you could make the wisest decision.” She will likely respond to this ruse, either by becoming even angrier or, sometimes, by feeling guilty that she had falsely accused him (the goal of his defensive deception).

Relational issues are also involved in this kind of communication pattern. In responding to his indirect resistance, she begins to accuse him of exercising inordinate control over their decisions about how to use their time, and, as a result, feels her desires don’t really matter in the relationship (inclusion), which, in turn, leads to emotional distancing (affection issue). On the other hand, he feels he’s walking on eggs around her and does nothing right according to her (control issue) and, as a result, is angry that his efforts to placate her go unnoticed (inclusion issue). So, he likewise distances from her (affection issue). Cold silence ensues.

As you can see, this pattern of communication can have a devastating impact on the emotional quality of the relationship. Both husband and wife feel neither heard nor appreciated. Both are convinced that they don’t really matter to the other. The result is often an impasse that drains the vitality of the marriage and, in time, renders it ripe for separation and divorce.

Back to the Bible

Perhaps, because of its importance, the Bible gives us a glimpse of this kind of indirect communication in the John 11 passage. It’s interesting that the disciples, in their initial reaction to Jesus’ intention to return to Judea (action), reminded him that the Jews tried to stone him the last time they were there (information). Then, when Jesus said he was going there to “awaken” Lazarus from his “sleep” (action), they said, essentially, they didn’t need to serve as Lazarus’ alarm clock, since he would wake up on his own without their help (information). Finally, when Jesus told them that Lazarus was dead, they no doubt felt that going to Bethany was needlessly exposing themselves to danger since they could do nothing more to help Lazarus. Remember, they still had no idea that Jesus had power over death. That’s why they thought they’d only be going back to mourn with the survivors…and probably get themselves killed in the process.

But, when they realized Jesus was determined to return to Judea with or without them, they finally ended their resistance. The disciple, Thomas, said, “Let us also go so that we may die with him” (vs. 16). Much like the example of the couple above, the disciples didn’t want to go back to Judea, but they didn’t want to tell Jesus that; they didn’t want to appear disobedient to their Lord. So, while Jesus was speaking to them at the action level, they continued to respond to him at the information level.

This kind of communication at different levels is almost always carried out because we don’t want to take responsibility for what we are really saying. Ownership for what we feel, for what we believe, and for what we want must rest squarely on our shoulders if we intend to live an emotionally honest life, as God bids us to do. When Mary and Martha wondered out loud how things would have been different if Jesus had arrived shortly after he had received word of Lazarus’ condition, rather than days later, Jesus didn’t hide behind excuses or deflect to other concerns.

They didn’t understand that he had delayed his arrival so that he could reveal to them his marvelous power over death. Instead, they questioned why Lazarus was not more of a priority in Jesus’ plans (“If you had been here, my brother would not have died”, vs. 21). Jesus could have defended himself by pointing out that he cared so much that even his disciples thought it was a death march to come to Bethany. But, he didn’t do that. Though he knew that his purpose was righteous and would, in the end, prove edifying to both of them, Jesus fully acknowledged that his delay had unintentionally hurt Mary and Martha. He owned responsibility for the fallout of his actions when, instead of defending himself, he reached out to the two of them and, gathering them into his arms, openly wept for their pain. There was great emotional healing in that empathic embrace. Indeed, it further strengthened their relationship.

Shortly thereafter, he shocked them by raising Lazarus from the dead, proving once again that his power and his love exceeded even their expectations. He showed, too, that, while we may not always understand what he’s doing in our lives, we can always trust his heart, and that his plan is, in some way, perhaps, not evident at the moment, always for our good.

Jesus had demonstrated so exquisitely why taking responsibility for our actions, together with the honest expression of our feelings and desires, leads to healthy relationships that stand the test of time. Whether or not we find that our relationships can weather troubled times is, in part, dependant on how we communicate about them.

If we develop this habit of speaking to one another on the same logical and relational levels, we will transform the quality of our marriages. If nothing else, we will have succeeded in avoiding many misunderstandings and, therefore, much unnecessary heartache.

Then, and only then, can our love for one another fully win.