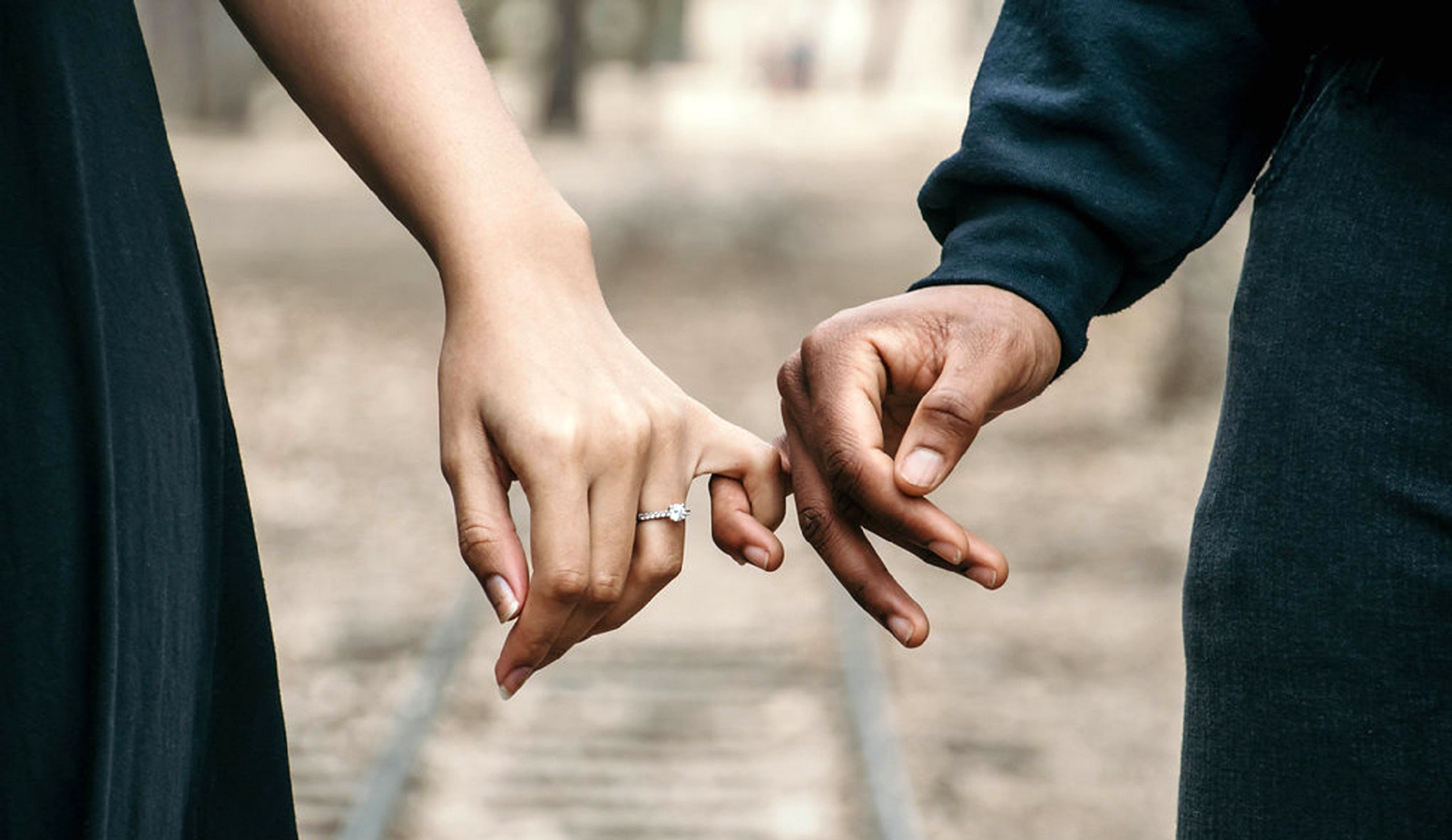 Other couples around us were tripping and falling but somehow my now husband and I, calmly put our legs together and ran that race as one. We held on to each other, used our joined legs as one, alternating with our individual legs. Rhythmically we kept going until we won. Others were amazed; we were still standing yet securely connected. We were too as we smiled at each other; we’d figured out the three-legged race and may have inadvertently figured out the secret to starting marriage right – a solid shared foundation that won’t slow you down.

The secret to a successful three-legged race is to be in perfect cadence with your partner so that you have the same rhythm and move as one. The middle leg where you are connected is the strongest. The strongest leg moves first and is the equivalent of your shared Christian faith while the individual legs follow along. It’s the same principle in marriage.

The winning three-legged race provides a visual representation of 2 Corinthians 6:14 ESV which was initially written to the Corinthian church to provide advice on righteous living, a common theme throughout the Bible.

Do not be unequally yoked with unbelievers. For what partnership has righteousness with lawlessness? Or what fellowship has light with darkness? –2 Corinthians 6:14 ESV

We’re no longer an agricultural society, so sometimes the visual representation in this verse gets lost. A yoke is a wooden bar that joins two oxen to each other to pull a burden, usually by their necks or shoulders, evenly distributing their work. The wooden bar is fitted to the animals. When oxen are unequally yoked, they cannot perform the task set before them. Instead of working together, they are at odds with one another.

Why start marriage being at odds with each other because of your beliefs?

If you’re not foundationally on the same foot, you won’t advance as a unit. Instead, every move will seem like a contest since the middle leg where you two are connected moves in different directions. This is exactly what happened to the other teams in our three-legged race.

Differing views on important matters will affect your quality of life since, without spiritual alignment, every conversation and interaction can feel like a tug-of-war. Your shared Christian faith affects your values, your character, your beliefs, and your life decisions. None of these things can be taken lightly, and if you’re not in sync on these most basic tenets you will have a hard road in front of you.

Having a shared faith in a God who loves, cares, sees, provides, and knows us is foundational to your marriage.

You don’t have to both be at the same maturity level, but you can and should help each other strengthen your faith. Marriage becomes a great place to live out iron sharpening iron (Proverbs 27:17) because you will see each other’s faith in action and this, in turn, will produce greater faith individually and as a unit. But like iron rubbing against iron, it won’t always be pleasant, and at times sparks will fly, but it’s the process—the rubbing—that makes you sharper. Despite the unpleasantness, you will have the common bond of your faith.

The common bond of Christian faith provides an extra layer of protection that will cushion the blows of life’s inevitable ebbs and flows. Since you’re running a three-legged race together, you’re stuck with each other in good ways like peanut butter and jelly. With the Lord binding you together, you become stronger, better equipped to figure out whatever life throws at you.

Like a good three-legged team, make sure you’re on the same footing by starting with a strong spiritual foundation of Christian faith.

Nylse is a Christian Blogger encouraging her readers on the blessings of God's word for any aspect of life. Married for 30 years (I can't believe it!), there seems to be a natural progression to writing about marriage. There are lots of lessons that I don't mind sharing with others. Connect with me on my blog Life Notes Encouragement. Check out my valuable e-book on marriage. Connect with me on Facebook, Twitter, or Instagram.