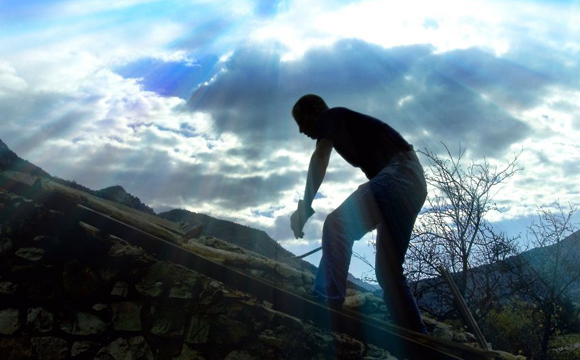 Genesis 2 contains the detailed account of God’s creation of mankind and marriage. In this dual event God provided a model of things to come. The earthly marriage of Adam and Eve in the past is an illustration of Christ’s union with the church in the future (Ephesians 5:32). To help us understand this heavenly mystery, God gave us marriage to demonstrate what it is going to be like when we gather at the second coming of Christ and are united with Him. In this life, men and women are married to one another. But when we are gathered together in heaven, there will be no marriage between husbands and wives (Mark 12:25). Instead, every member of the church will be wed to Christ.

Marriage as a Model
Knowing that marriage is a model of the eternal union of the believer and Christ in heaven gives us a second reason for improving the quality of our marriages. Everyone agrees that a good marriage is more pleasant and beneficial than an unhappy one. But equally important, a good marriage is a model of the heavenly union of God with the believer. In other words, your marriage might win someone to Christ or cause him to turn away from God’s offer of salvation. That in itself should be reason enough for us to learn to be godly mates and live the abundant life in the context of a Christian marriage.

As we review the details of the first union of a man and woman, a great deal can be learned about what God had in mind when He created marriage. When God made man, three Persons were involved: the Father, Son, and Holy Spirit. They created man in Their image, imparting Their nature to him so that man, in a sense, had Their nature. Before the fall, Adam was able to walk and talk with God in the way two friends might visit on a summer evening. During those talks, God made His will clear to Adam. Among the topics they discussed was work. In verse 15, God places Adam in the garden and appoints him to be its overseer a pleasant job in a fertile garden where there were no weeds, no destructive insects, and no droughts. Then God gave Adam instructions to enjoy all the fruit of the garden, with one exception: the fruit of the tree of the knowledge of good and evil. God gave Adam lessons about work and following instructions even before He created a mate for him.

Lessons From the Garden
The first lesson we can draw from this is a warning for single women. Women, when you consider a man for marriage, remember that before God gave Adam a wife, He gave him responsibility. It’s clear from the order in which these events took place that God wants a husband to work and to be responsible. That shows us that a lazy and irresponsible man no matter how attractive is not a good choice. Marriage won’t make him a responsible provider and leader. God wants the best for each of His daughters. Consider your choice of a mate carefully, and follow God’s standard by marrying only a man who demonstrates while he is single that he can and will take care of you in marriage.

The second lesson, based on verses 16 and 17, indicates why so many marriages break up. “The Lord God commanded the man, saying, `From any tree of the garden you may eat freely; but from the tree of the knowledge of good and evil you shall not eat, for in the day that you eat from it you shall surely die.”’ God gave Adam work to do in the garden, and with those instructions He prepared Adam to live there. That conversation with Adam points us to the weakness in most homes: most husbands don’t know what God has said. If you ask the average man what God has said about his responsibility to his wife, to his children, and to himself as the head of the home, he will either admit he doesn’t know or give an answer that demonstrates he doesn’t know. And instead of looking to God for answers, these husbands either listen to their friends on the corner or adopt standards from TV. Because they don’t know God well enough, they base their personal identities on clothes, cars, cash or romantic conquests. That reduces manhood to a primitive and degrading level.

God’s definition of manhood is the ability to put divine truth into action at home and on the job. No amount of strength, good looks or liquid assets can improve his performance from God’s perspective. A biblical husband is a man who has learned to submit his manhood underneath the Lordship of Jesus Christ. It is then, that he will experience all of the fullness that a healthy marriage has to offer.