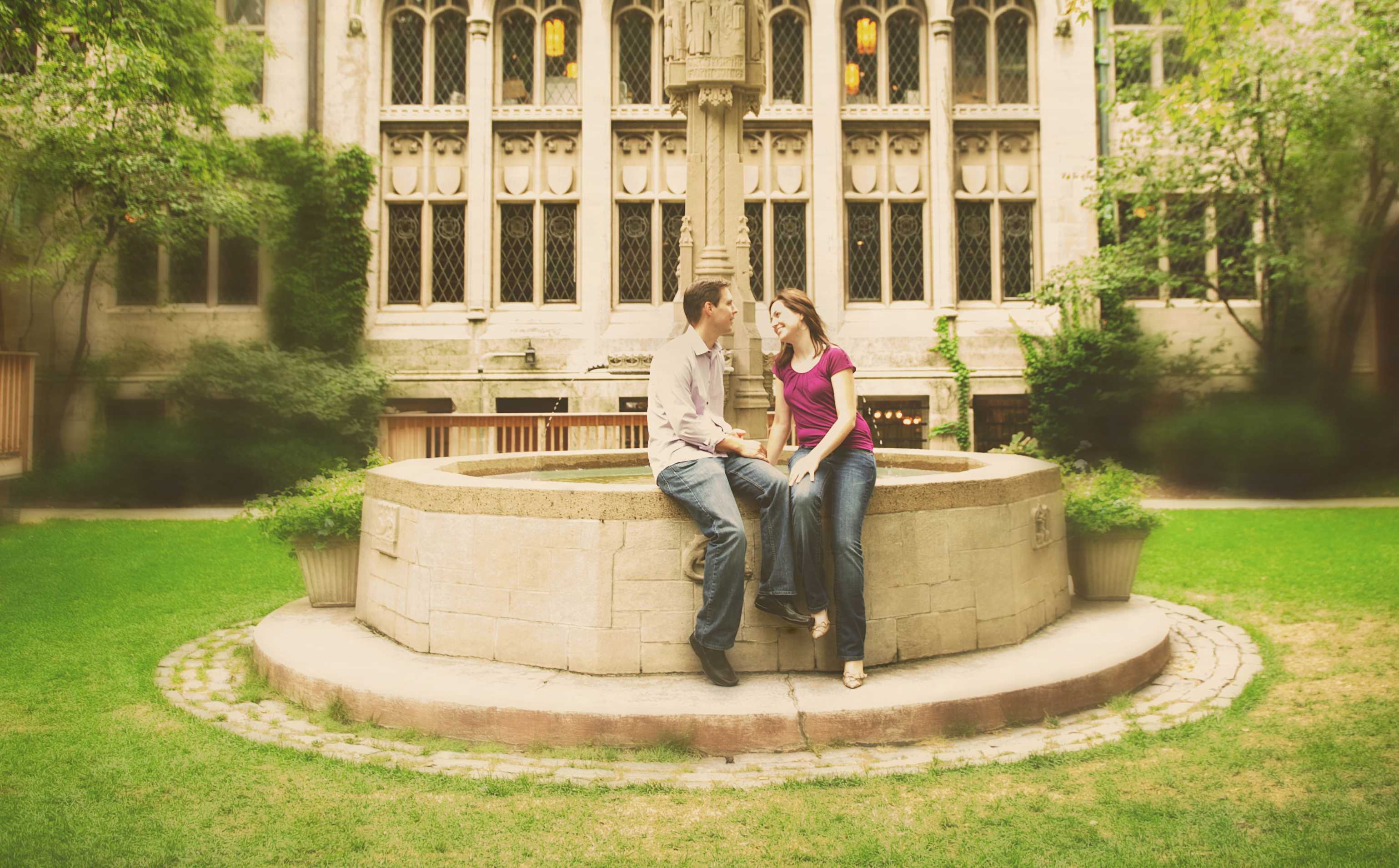 Dr. Ron Hall has a reputation at Valley Forge Christian College in Phoenixville, Pa., and it has nothing to do with his work as Graduate Program Director. Word has it that if you’re headed toward marriage, he’ll be the one—as your premarital counselor—to slam on the brakes.

Most people would forgo doing premarital counseling with Dr. Hall because he was open and honest, and had a reputation for telling couples that they honestly didn’t have the components for compatibility in a godly marriage relationship or that they were moving too quickly,” says Valley Forge alum Jason Fullerton of Poughkeepsie, N.Y.

The rumors are true. Nearly half of first marriages end within 20 years, according to a March 2012 report by the National Center for Health Statistics. One way to improve that statistic, says Hall, is to prevent incompatible or immature couples from marrying in the first place.

How to know if you’re ready for marriage.
Warning signs that a couple isn’t ready for marriage include an inability to resolve conflict, a controlling attitude, hesitancy from people who know the couple well, an unteachable spirit, or lack of self-control.

To couples who believe physical attraction will carry them through a marriage, Hall says, “Temptation will be there before and after marriage. I dispel the idea that getting married solves temptation issues. Premature physical connectedness skews and distorts the ability of a couple to see whether or not building blocks are present for a lifetime companionship.”

Couples are getting married later in life than ever before (28.3 years for men, 25.8 years for women), and yet the added years of life experience before the wedding date are doing nothing to improve marital longevity.

Are the “odds” of a marriage lasting really as good as a coin toss?

According to experts, marriage isn’t so much a gamble as it is hard work—and that work begins before the wedding day.

Proper mate selection is the most important decision you’ll ever make outside of your decision for Christ,”

says Barb Rosberg, co-author with her husband Dr. Gary Rosberg of 6 Secrets to a Lasting Love and other marriage books.

If you choose a spouse who loves God as much as you do, then you can achieve a great marriage if you’re both on the same page. But we’d still talk about the need for understanding proper conflict resolution skills, the power of serving, the need to persevere, why we need to guard our hearts and minds, why we need to celebrate and renew our love. Each principle is based on an understanding of why you want to marry someone who loves Jesus Christ as much as you.”

Research from the National Survey of Family Growth shows that marriages that reached their 20-year anniversary were associated with “having a religious life,” not cohabitating before marriage, and other factors. Couples who attend church together have more stable marriages, says Bradford Wilcox, director of the national marriage project at the University of Virginia and the author of When Marriage Disappears.

Look for a lifetime companion.
While Hall agrees that marrying a Christian is a top requirement in mate selection, finding just any Christian is not enough. The building blocks of a lifetime companionship must be present. Key among those, according to Hall, include: how family is viewed, friendship, forgiveness, spirituality, and philosophy of finances.

One of the greatest things Dr. Hall did with us was to make sure we were aware of who we were individually and how that impacts our relationship with each other,” says Fullerton, who married his wife Rita in 2008. “He gave us the realization that we are both sinners saved by grace, and that we keep that in mind when we react and respond to each others’ actions and words in our day to day relationship. That alone helped to make sure we don’t just jump to the attack when we feel misunderstood, ignored, or disrespected. It created a foundation from where we could more effectively and nicely communicate with each other.”

Mark and Meagan Nicolet of Des Moines, Iowa, married in 2010, but the relationship work they did before their marriage didn’t end on the wedding day. In fact, one of the most valuable lessons they learned, says Mark, is that investing in your marriage shouldn’t stop. “You have to continue learning how to be the best wife and husband you can be,” he says.

People invest in marriage typically before they get married and when there is a crisis situation,” says Meagan, who now works for America’s Family Coaches (Dr. Gary and Barb Rosberg). “But to learn the habit of talking about your marriage, praying through it, consulting with a third party, going through scripture-based material…If you can invest in those habits early, you’ll reap a lifelong, fulfilling marriage.”

The Nicolets and Fullertons are part of only a small slice of their generation (22 percent, according to the Pew Research Center) who are married. Only 30 percent of Millennials (Americans born after 1980) rate successful marriage as very important to them, and 44 percent of Millennials say marriage is becoming obsolete altogether.

They don’t believe successful marriage can occur,” says Dr. Gary Rosberg. “Primarily because we as baby boomers, through the social institution of no-fault divorce that began in the 60s, gave the back door to marriage. Today’s young people have no role models for healthy marriages.”

That’s something the Rosbergs are trying to change with their Marriage 101 DVDs and by coaching couples to mentor younger couples. “Mentoring couples who are vulnerable, and share their stories of hurts and successes in their own marriage, give the next generation the desire and courage to break through their fear of failed marriages. Mentoring couples help them realize, ‘It can be done, and we will help you learn how.’”

I can’t imagine deciding to skip pre-marital counseling,” says Rita Fullerton. “But if we had, we would have done a lot more fumbling, fighting, and probably struggled to stay invested, if we had entered into marriage unprepared. Godly counsel is imperative when making life altering decisions, and marriage changes your life.”