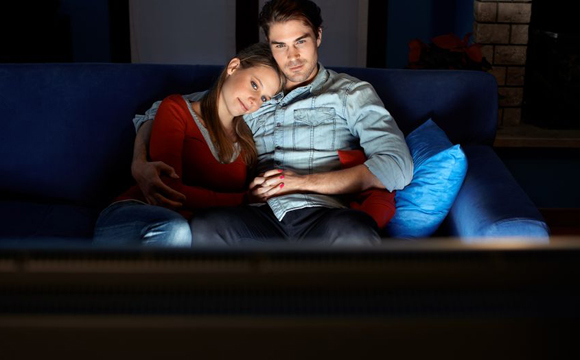 During our first few years of marriage, my husband Ted’s favorite late night companion was the website Free Republic.

Free Republic. That would be an online gathering place for the politically conservative to discuss the latest in politics.

You see, prior to our union, freeping – as it’s called – was Ted’s go-to, end-of-the-day, wind-down activity. One that he brought with him into our marriage. Most nights, after I went to bed, he’d still be curled up on the couch with his laptop (yep, those were the dark days before iPads) having “spirited conversations” with other freepers.

While there wasn’t necessarily anything wrong with this in his pre-Ashleigh days or even in moderation after our wedding, it meant that our heads rarely hit the pillow at the same time. Maybe one or twice a week. Most evenings I’d head to bed, while he logged in a few more hours of screen time.

Perhaps you can relate. It could be that after that initial newlywed bliss wore off, you and your spouse have discovered that syncing your bedtime routines is a challenge. If so, I’m here to encourage you.

You see, things are now different at our house. Almost twelve years into our marriage, it’s rare if we don’t climb under the covers together. These days, when we say goodnight, it’s lights out for both of us. (Although, I’ll admit that lately we’ve both been spending a few minutes before drifting off to sleep playing Frozen Free Fall on our iPads. It’s rather addicting, you see.)

So how did we get from there to here?

The #1 thing that’s aided us in this change has been … drum roll, please … being intentional to end each day with a shared activity.

The truth is, I don’t remember what year in our marriage this started, but I’d venture to guess it was when Ted got me hooked on 24. Suddenly Free Republic took a backseat to Jack Bauer and I gave myself a later bedtime. Before long, our default at the end of a long day was to retreat to the couch … together.

It still is. Ted with his Sleepytime tea. Me, with my hot chocolate. Both of us ready to hear a shared bedtime story. Over the years, we’ve not only taken in tales of Jack, but of John Locke, Adrian Monk, Shawn and Gus, and Sydney Bristow. When each night’s episode or three is over – depending on just how many cliff hangers we’re dealt – we head to bed together, theorizing what will happen next to our new favorite characters.

And do you know what we’ve found? Going to bed at the same time is good for our marriage. Even if there are nights when Ted plays Frozen Free Fall a little longer than I do. Because, here’s the thing, when we end the day together, we feel more connected.

Now this doesn’t mean that Ted has gone cold turkey when it comes to Free Republic. He still frequents the site. He still engages in those “spirited conversations.” But there’s more moderation on his part.

Yep, for us, indulging in a shared activity has been a simple, yet highly effective way to unite us at the end of the day. To help us take the “his” and “hers” of bedtime and better cultivate an “ours.”

Maybe it can do the same for you and your spouse. I encourage you to give it a try. And, if goodnight tales of FBI agents and forced island dwellers isn’t your thing, find something that is. Who knows? Before long, you may also be consistently saying goodnight … together.