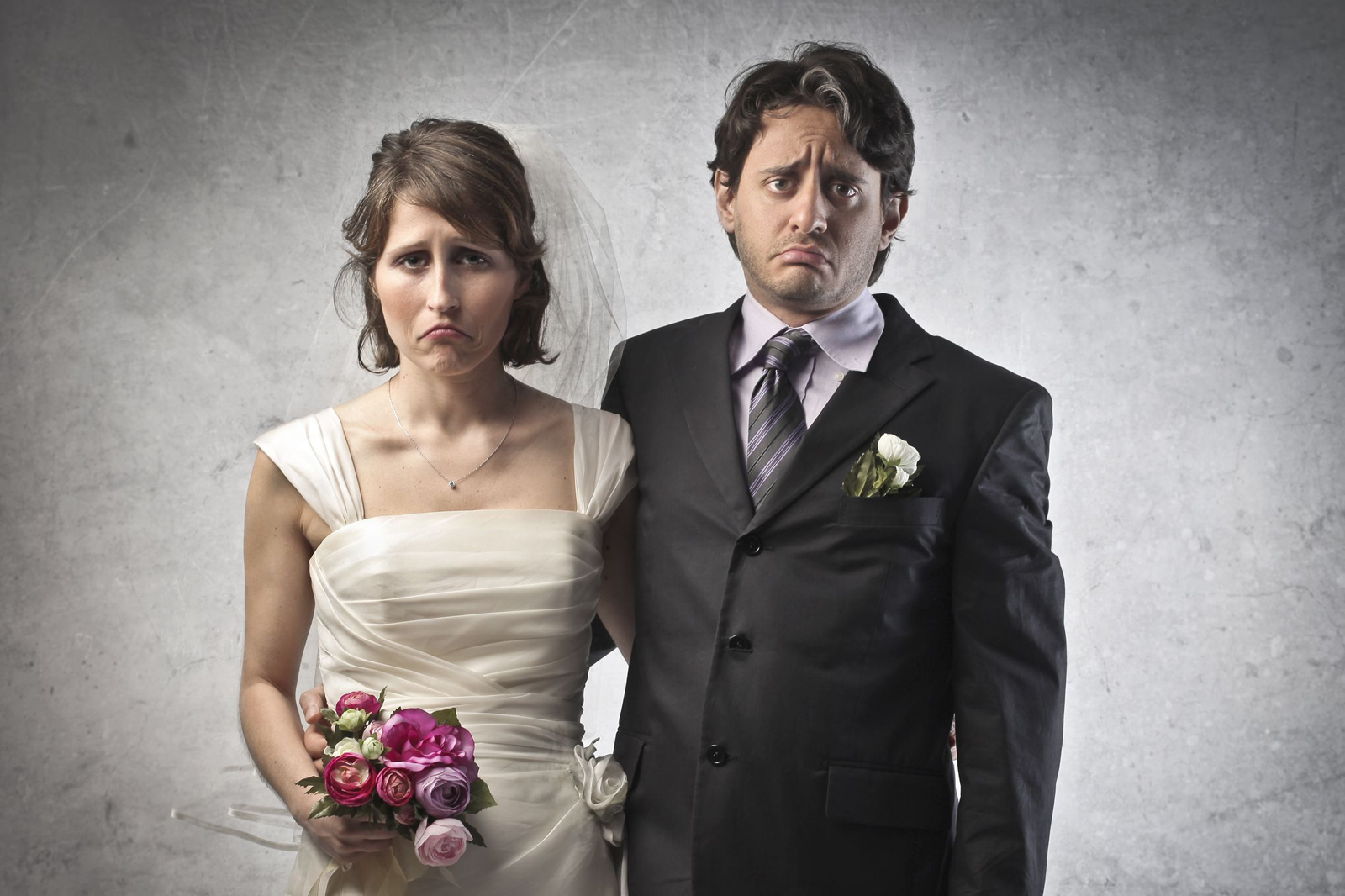 “Wait, you want me to do what?” I asked, flabbergasted that Ted, my husband of less than a year, would even suggest such a thing.

He repeated calmly, “Get the oil in your car changed yourself.”

The infuriatingly cool demeanor Ted wore was consistent with his typical “your-emotions-can’t-affect-my-emotions” attitude that permeated the first year of our marriage. One I was having trouble coming to terms with. After all, how dare he not be moved by his wife’s blatant displays of shock … and horror. Maybe I needed to start throwing in a pinch of awe too. Just for good measure.

Why so much shock and horror and contemplations of awe on my part? It was just an oil change, right?

No, not for me. For me, it ran much deeper than that.

You see, I never anticipated that the man I’d marry would expect me to attend to matters of my car. Or any car. Not once in my 24 years of life had it ever been a consideration. It just wasn’t what I knew. It wasn’t part of my family “culture.”

Growing up, I’d watched my dad take care of any and all vehicle-related concerns for my mom. He did the same for me once I started driving. And he wasn’t the first man in our family to do so. My maternal grandfather was the same way. So I automatically assumed my man would follow in their footsteps. Because, well, that’s what all good husbands do, right?

Not only did Ted refuse to take care of the oil change for me, but he actually seemed to find some absurd pleasure in making it a teachable lesson for me. A chance to gain a new life skill. To better myself. To climb down from my tower and experience life in all its car-related glory. Meh.

Me, I just saw it as an opportunity for Ted to avoid sitting in the shop lobby for 30 minutes. Oh, and to perhaps frustrate his new wife to no end.

Long story short, I protested, then pouted, and finally had the oil changed myself. But I certainly wasn’t happy about it and I made sure Ted knew it.

Looking back, I realize that this oil-change incident was one of my initial tastes of something I’ve come to believe we all hit in our first few years of marriage, and that’s this: marital culture shock.

What exactly is this marital culture shock I speak of?

I’m confident we all know what “culture shock” is. But, just to clarify, let’s look at how the Oxford Dictionary defines it. This online source points to it as “the feeling of disorientation experienced by someone who is suddenly subjected to an unfamiliar culture, way of life, or set of attitudes.”

If you’ve been married for more than a few months, I’m guessing that as you read that definition this idea of “marital culture shock” is resonating with you. I know I experienced it in my early years of marriage.

Because the reality is, when Ted and I got married, in many ways we merged two cultures. Even though we had a lot of commonalities going into our union, we both brought different family histories, upbringings, perspectives, personalities, habits, and ways of doing day-to-day life into our marriage. What was normal in my “culture” and what was normal in his “culture” sometimes differed greatly. Oil change etiquette, for example. And, it was a bit of shock to stumble, sometimes rather jarringly, upon these cultural differences.

So how can you, as a newly-married couple, better prepare for marital culture shock in your relationship? What words of experience can I pass on?

According to many social scientists, there are four stages of culture shock. (Some point to five, but in order to avoid any “tl;dr” comments below, I’m aligning myself with the four-stage scholars here.) In my own marriage, I’ve discovered that these stages aren’t necessarily confined to living in a different country. Couples, like Ted and me, have also experienced them as we’ve taken the plunge into one-flesh living. And I believe that being aware of them as a couple is a great way to help ease the transition. So let’s look at each one.

A presentation from Northeastern University in Boston describes the Honeymoon Stage of culture shock as when we “experience emotions like excitement, euphoria, anticipation, and eagerness. Everything … is new and exciting.” It is, as Dictionary.com defines “honeymoon,” a “period of blissful harmony.”

It’s at this point that our new spouse’s different ways of doing things are either overshadowed by the newness of our union, or we’re so eager to please – as I was with the folding of t-shirts – that our automatic reaction is to try to please. Basically, we’re intrigued, not bothered by our spouse’s culture.

I encourage you to enjoy this stage. Seriously. Enjoy it.

Next comes what’s termed the Frustration Stage. That fort of collective wisdom, Wikipedia, describes it as a time when “differences between the old and the new culture become apparent and may create anxiety. Excitement may eventually give way to unpleasant feelings of frustration and anger as one continued to experience unfavorable events that may be perceived as strange and offensive to one’s cultural attitude.”

Anxiety, frustration, and anger over the unfavorable, the strange, the offensive. Yup. The honeymoon’s over.

This is when the fact that our spouse insists we have the oil changed ourselves, or that we not touch their shower towel, rubs us the wrong way. Or perhaps, as I talk about in my book Team Us: Marriage Together, their work schedule begins to intrude upon when we feel dinner should be eaten. Worse yet, we discover that they don’t get excited about holidays like we do and, in fact, we may have very well married the Grinch.

The Adjustment Stage, as described by Northeastern University, is when “one becomes familiar and comfortable with the culture, people, food, and language of the host company.” Wikipedia notes that it happens as “one grows accustomed to the new culture and develops routines.”

I like to refer to this stage as when the process of marrification really kicks in. It’s when we, as couples, move past our frustration and realize that the united state of marriage takes time, and that’s okay. We start to adjust and create routines based on the knowledge that saying “I do” doesn’t magically transform us – two once-single people – into a couple ready to instantly share everything. That, instead, it’s a process that requires steady, consistent, purposeful, grace-giving, forgiveness-extending growth together.

Finally, comes the Acceptance Stage. This is where an individual is able to “compare” the good and bad of their old culture with the good and bad of the new culture. With this comes the ability, as Wikipedia notes, to be “able to participate fully and comfortably” in one’s new surroundings. Think “resignation,” but without any of the negative connotations of that word.

In my experience, the Acceptance Stage in marriage takes hard work and intentionality. It comes after we’ve taken the time to accept that our new family isn’t going to be just like our original family. Instead, it’s a new entity birthed of two cultures coming together to form a new culture. Which, if you stop and think about, is really exciting. Like chocolate and peanut butter. Or peanut butter and jelly. Or jelly and fish. Jellyfish are a mystery … as well as exciting. Like the Acceptance Stage of culture shock.

There you have it. The four stages of marital culture shock. Twelve years later, Ted and I can say that we’ve survived and, as a result of walking through the stages together, have formed our own more perfect, not-yet-perfect, union.

And, in case you’re wondering, Ted now handles all oil changes … and has dropped that “your-emotions-can’t-affect-my-emotions” attitude. That said, he’s not the only one who’s altered their ways. I’m fine dropping our mini-van off for its yearly emissions test. No shock. No horror. No awe.

Yep, I’d say we’ve both adapted quite nicely to this shared culture of ours.