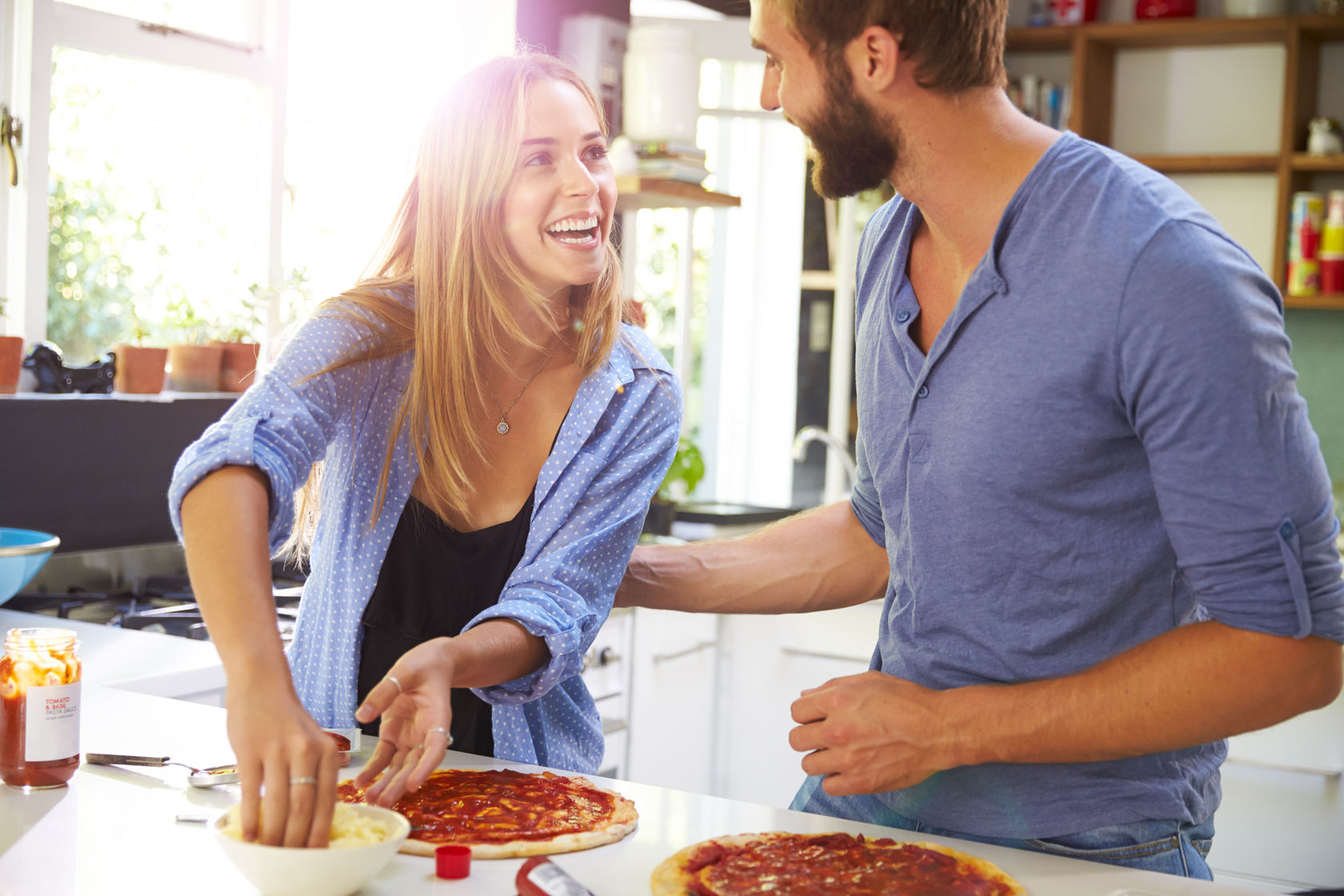 One of my husband’s friends told him, “You married a good wife.”

My reaction, which started out as shock, eventually ballooned to one of pride. I didn’t know what I did to earn such a compliment, but it sure felt good to hear it. I was more than happy to hear that someone would think I’m a good wife. And to be honest, I’ve thought the same thing myself on occasion.

Why? I cook, clean, do laundry, buy groceries, take care of the kids, and put up with his long work hours. Of course, I’m a good wife!

I’ve even gone to the point of thinking, I’m not just good, I’m better. I’m the better spouse. I’m easier to live with. I don’t leave my socks in random places around the house. I’m so easygoing. And the list could go on and on.

I would likely have a very huge ego by now if it were not for an incident that happened one morning. I had just stepped out of a nice, hot shower and grabbed my towel off the rack when something in the trash can caught my eye. Lying on top of a bunch of wadded up tissues was a clump of long, wet hair. I leaned down to take a closer look and realized the black blob had once belonged to me. Over time, I had shed enough hair to resemble a small rodent, and someone had picked it up and thrown it into the trash. That someone had been my husband.

In that instant the reality of the situation hit me as strongly as the cold air that had met me when I stepped out of the shower.

I wondered if there are things about me that annoy him, like my hair always clogging up the drain? Was there a slim possibility that I’m not as easy to live with after all?

I know my tendency to shed in the shower (and all over the house) is not that big of a deal. Just the fact that he discarded my hair without mentioning it shows it’s a minor issue for him. But likewise, his tendency to shed his socks around the house shouldn’t be a big deal either … yet I confess I’ve made it into one in the past. This started me thinking—could it be that one reason I believe I am a good wife is because he often chooses to overlook my imperfections? In actuality, I know there are things that I do or the way in which I do them that cause him to sigh and shake his head. However, he is quite patient with me and gives me grace as I grow. I, on the other hand, am not so kind. I would rather downplay my shortcomings and focus instead on his. Clever, huh? It’s the classic speck and log scenario, which I admit I fall prey to quite often throughout our marriage (Matthew 7:1-5).

What I’ve come to realize though is that marriage should not be about criticizing or comparing, but about cooperating and giving grace. When two people share the same roof, conflicts and disappointments are bound to happen. A harmonious relationship takes a lot of work and time to achieve. As a marriage goes through its growing pains, the point isn’t to figure out who is doing more or less in the relationship (because it will never work out perfectly or fairly).

What matters is keeping the right perspective of our spouse.

When we choose to see our husband or wife as good—essentially as valuable, desirable, and lovable—a lot of the things that annoy and irritate us will go by the wayside. Showing patience and understanding on a daily basis will become more natural. It will become easier to see the planks in our own eyes. It won’t be a big deal anymore to pick up socks off the floor or hair from the shower drain.

Because when it comes down to it, the goal of marriage is not to focus on who is or is not the better spouse, but to become a better spouse.

Liwen Y. Ho resides in California with her techie husband of more than a dozen years and their inquisitive son and fun-loving daughter. She has a Master's degree in Marriage and Family Therapy from Western Seminary and loves makeovers of all kinds, especially those of the heart and mind. She enjoys family beach days, white chocolate macadamia nut ice cream and the beauty of the written word. Learn about her life as a recovering perfectionist at her website or connect on Facebook.