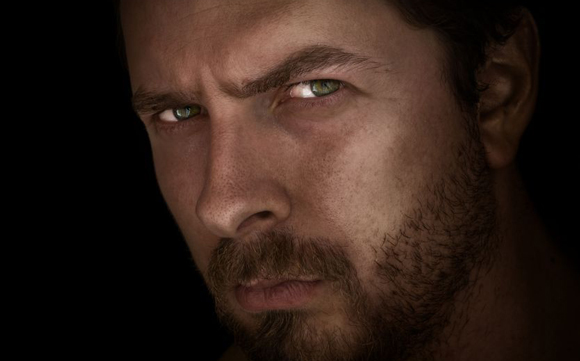 Thirty years ago, when I was a new wife, a friend told me, “If I really want to, I can talk my husband into anything.”

I thought, “I have a husband who is stubborn enough not to change just because I want him to.”

Now, that’s a husband I can respect.

Just because Bill is the caboose in his family, a good listener, quiet, gracious, and gentlemanly doesn’t mean he is passive. In fact, I think it is these very qualities that have instilled a here’s-where-I-draw-the-line steel rod in his spine. He has integrity, the kind that makes him more likely to give than to ask. More likely to take a blow than deal one. More likely to defer than to demand. And he is stubbornly this way.

There have been a few times when I felt dragged along in Bill’s refusal to compromise or his resolve to contribute. It’s made us take lower salaries or live in less-than-desirable neighborhoods. It’s made us decline opting out of Social Security. (Which ministers can legally do. Bill would be the first to admit this is not black and white, but to him it was so he couldn’t bring himself to do it.) It’s made us spend our time and our money in ways I might have intended but never gotten around to actually doing. It’s cost us something. And there were times when, if I could have, I would have talked him into dragging me through something less costly.

But, in the dragging along I have discovered a nobler life than I would have lived otherwise. A life I wanted to live all along. No regrets. So what that Bill doesn’t or won’t like coffee? I can live with that.

About ten years ago, I ran into my friend’s husband in the NAPA auto parts store parking lot. It was his weekend with the kids. I didn’t ask when their marriage had ended, but I guessed some of why it did. I know I’m making an unfair generalization here, not knowing anywhere near enough of their situation, but I couldn’t help but think he was not stubborn enough. Or maybe, in the end, he was.

Kitti Murray and her husband, Bill, live in a refugee community on the ragged edges of Atlanta, Georgia, that Time magazine called "the most diverse square mile in the nation." She is Mom to four sons and three of their wives. She's Kiki (a much cooler name for Grandmother, almost as cool as her husband’s Grandfather name, Chief) to a growing tribe of grandkids. Decent Writer. Voracious Reader. Slow Distance Runner. Killer Cappuccino Maker. Visit Kitti's blog, kittimurray.com.