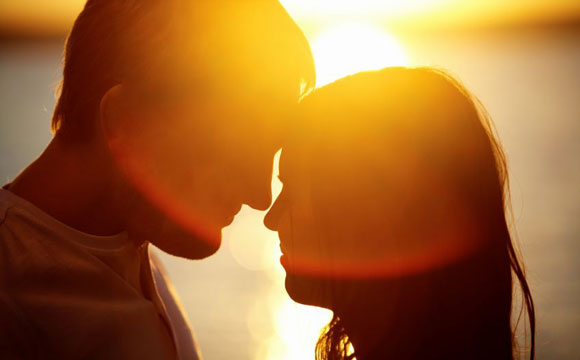 During our junior year of high school, my two best friends and I decided to put onto paper what we wanted in a husband someday. We drew out all of the physical details, such as his body type, height, hair color, and eye color, and then wrote down some specifics about what he liked to do. Apparently, I was going through a bit of a hippie-rock phase, as my man had longer hair and a soul patch, wore a t-shirt, corduroy pants, and Birkenstocks, and played the guitar. My two friends essentially drew their boyfriends at the time, neither of which these girls married.

It’s funny to look back on that picture. We were quite convinced that what a man looked like, and what he liked, was more important than what he was like. Nowhere on that picture is a list of his character qualities, because I hadn’t yet realized what is truly important to look for in a man. How many 16-year-olds do? But, 15 years later, God has grown my faith, challenged me in certain beliefs I’ve held about relationships and marriage, and shown me what is truly valuable.

My favorite story in the Old Testament is that of Ruth. Despite the urging of her mother-in-law, Naomi, to stay in Moab, return to her parents’ household, and re-marry, Ruth displays such a beautiful portrayal of loyalty when she clings to Naomi (Ruth 1:14) and says, “For where you go I will go, and where you lodge I will lodge. Your people shall be my people, and your God my God” (1:16). This act of faith to journey to Judah, a commitment to her mother-in-law, her hard work in the fields, and her own lovely character, brought about a harvest of blessing upon Ruth, as God drew a man named Boaz to notice her, pursue her, and marry her.

So, who was this man named Boaz, and why do I encourage young women today to wait for a modern-day Boaz? Here are some key characteristics of a man who is marriage-material:

He is a Protector
Boaz encouraged Ruth to glean in his own field, so that she would be safe among the other women. He also charged the young men of his field not to touch her (2:9).
A modern-day Boaz will:

He is Compassionate
Boaz had care and concern for others, loving his neighbor as himself. As the owner of a field, Boaz showed generosity and compassion on the less fortunate by following Levitical law (Leviticus 19:9-10).
A modern-day Boaz will:

He is a Man of Integrity
Boaz knew that there was a closer relative who had “first dibs” in redeeming Ruth (3:12-13). He took the proper steps (4:1-6) to win her hand in marriage. In fact, he couldn’t even rest until the matter was properly settled (3:18). Boaz also had witnesses (4:9) to confirm that he acted with integrity.
A modern-day Boaz:

So, that’s a modern-day Boaz. What do you think, dear single, female readers? Is this the kind of man you want to marry, or would you pick different character qualities?

It is important to note that a young man will not have these character qualities fully developed. Boaz was an “older” man (3:10), and we shouldn’t, for example, expect a man in his mid-20s to have the same level of wisdom as the older men in our lives, who have many more years of experience and refinement. Furthermore, even men who have grown in character will disappoint, make mistakes, and willfully sin at times. That being said, we ought to see evidence that he is actively and purposefully headed in the right direction, and growing as a man of God.

I’m still waiting for the Lord to bring “the one” into my life. Many, many years from my juvenile drawing session with best friends, my eyes are now opened to what is truly valuable. Yes, this kind of man is rare, but he does exist. And as God grows me in Biblical womanhood, I see very clearly what I want in a future husband. It’s not about what he looks like or what he likes, but what he is like…a modern-day Boaz.

Lindsay Blackburn is an ordinary Montana girl who loves life and its many wild and crazy adventures. Follow Lindsay on Twitter @ellesbee.