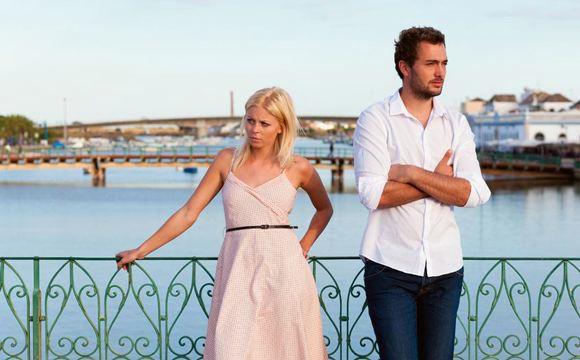 Tanya and Daniel had been married for 3 years when they returned to my office for some help on a few conflicts they were having. I wasn’t surprised to hear they were having some issues. Marriage is a struggle. However, with this particular couple, during pre-marriage counseling, I’d highlighted 3-4 key themes they would need to watch for that would likely cause some hefty conflict in marriage. They, like most couples in pre-marital counseling, couldn’t simulate the reality of marriage and thus couldn’t see the full effect of these areas of conflict.

One of the difficulties in pre-marriage counseling is that it’s nearly impossible to simulate what marriage will look like. The result is a challenge to arouse enough honesty from the individuals to fight about before they’re married. I suspect one big reason for this is due to the fear of rejection and losing the other person. Both acute and very real fears in relationships.

This was one of the challenges I experienced with Tanya and Daniel: Neither one was willing to risk opposing the other, which resulted in very clean, nice, and polite counseling sessions. I challenged them to speak up about offenses, hurts, or issues that felt too difficult to talk about. Each session was like the last, both explaining in different ways that everything between the two of them was perfect.
At our last of six session, I encouraged them (as I do with every pre-married couple): Don’t lose heart when your marriage doesn’t go according to plan. Keep your head up, stay engaged with each other, and call me if you run into something that feels hopeless or never-ending.
They returned for six months of really difficult, yet very fruitful marriage counseling. A number of different themes arouse through their time in my office, and I want to share these with you.
Marriage as a journey, not a Destination
A mistake that Tanya and Daniel admitted to making was their view about the status of “being married.” They thought marriage would be a place they could arrive at together, and this arrival would alleviate the problems they were facing separately as single people. They saw marriage as being the solution to their problems, not the incubator for more problems. Over the first 3 years of their lives together, they realized that the problems they had as single people were now intensified. His problems were with hiding shameful activities such as porn and the occasional pot use. Hers were mainly about body image and self-esteem issues.
Tanya and Daniel were right—Marriage intensifies existing problems, it does not alleviate them. This is a hard trap to not fall into as an engaged couple, and is very common. A change in perspective might help to keep this from happening in your marriage. Marriage is a journey, and on this journey there are high and low points, happy and sad times, finding and losing, and full of life. To consider this lifelong journey as anything other would be a disservice to the institution of marriage.
Training and preparing
If you’ve ever trained for a major sporting event such as a long-distance run, climbing a challenging mountain, a triathlon, or other event that requires preparation, then you understand that to perform well in crunch time, you have to practice and train well ahead of time. Culturally, Americans tend to believe that we ought to be able to do things on our own, without help. Unfortunately, this doesn’t work in marriage.
Marriage is the ultimate long-distance sport, and requires the necessary time and attention that one would give for such an event. To be successful in marriage, we need to train and prepare with input from outsiders. This comes in the form of counseling, reading books, attending retreats or seminars, and getting involved with community of others. Without a commitment to training, marriages will not flourish when tested.
Follow through.
One of the most hopeless moments in Tanya’s life came when Daniel calmly, yet detached, said

I’m done with you and this relationship. I want a divorce.”

This event was the imputes in her seeking out help. The reality for Daniel was that he was done with how the relationship was functioning, not with Tanya and their marriage. At the time he spoke these words, he truly believed he was being honest with her. Unfortunately, these were words he’d uttered many times before in fits of rage as empty threats.
These words were used as partial truth. As we explored what Daniel meant, we found out that he was intensely disappointed in marriage and didn’t see a way out. He admitted to using the word “divorce” as a way to shut her up and get from her what he wanted. This manipulation was understood by Tanya, but never named as such. Early on in their counseling, I challenged them to never use the word divorce unless they were willing (together or separately) to follow through with such a statement.
The lesson here: If you say you’re going to do something, do it. The best gift you can give your spouse is trust. Trust is built on the foundation of follow through. This was a hard concept for Daniel to understand because he felt like I was giving him freedom to divorce Tanya if that’s what he wanted. The reality is that I was asking him to be accountable to the words and desires he had for their marriage. If divorce was what he wanted, he needed to follow through with it. This “freedom” that I gave him was a bind. He either needed to step up and file, or stop using that word as an escape from their problems. Both were difficult scenarios and both required him to engage honestly. He chose to re-engage with Tanya, and their marriage grew because of this.
Tanya and Daniel realized they were unprepared for marriage, just like 100% of other couples entering their first marriage. They admitted to each other that their vows towards each other were intended to bring happiness, but what they needed was to mature and grow up in their capacity for love and respect. Marriage is an ascent up and down rugged terrain that only promises to make you stronger and less self-centered if you stay the course. It’s not possible to serve two masters, serving the self and marriage cannot coexist—each spouse has to chose one. That is the challenge, and ascent, of marriage.
Authors note: Due to confidentiality reasons, names details, and identifying information have been changed from the scenarios presented in these articles.