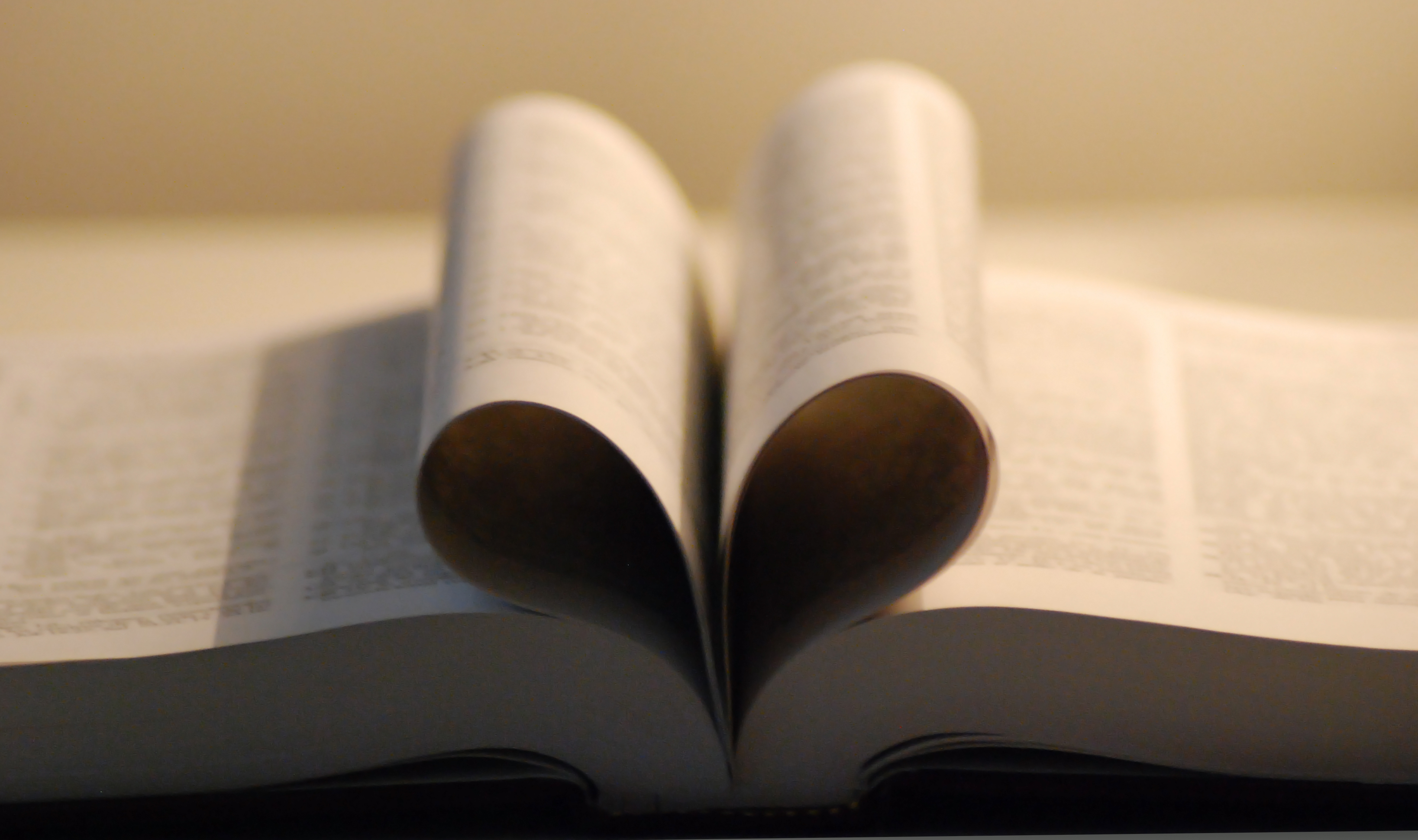 One of our writers, Ryan Carboneau explores singleness in an interview with author, Gary Thomas, of Sacred Marriage and The Sacred Search: What if it’s not about who you marry, but why?

Ryan: Gary, thank you for taking the time to sit down with me and talk about your new book. You are probably best known for writing the Christian classic, Sacred Marriage. Now, you have written a book for singles called The Sacred Search. What motivated you to write this book? What are your thoughts on the daily challenges facing singles today?

Gary: Sadly, most Christians marry for the same reasons as non-Christians—romantic feelings, sexual chemistry, and perceived relational happiness. Anyone can look around and see that couples who marry primarily on the basis of these motivations often either lapse into divorce or suffer through a less than fulfilling marriage, but few today ask the question that will prevent a troublesome match: “Why do I want to get married, and how should that affect who I marry?” These basic questions need to be addressed before you settle on a particular person.

Gary: The marriage choice is different from simply choosing a partner or friend. If there is no sexual attraction, you’re going to have a difficult time fulfilling your role as a husband or wife. Sex is a signifcant aspect of marriage, and if you don’t think you can enjoy and enthusiastically particpate in sexual relations, you shouldn’t get married. In the long-term however, sexual intimacy dies in most marriages due to relational issues more than a lack of physical attraction. Two people who genuinely care for each other, are kind to each other, share a mission togetether, and want to grow together naturally feel a desire to serve each other, and that includes sexual expression.

Secondly, never forget that you’re also choosing your future kids’ mom or dad, so a person’s suitability to fulfill that role needs to be taken into consideration. A certain degree of friendship and yes, compatibility, can foster the maintenance of a spiritual bond. These are all important issues that should be added to the overarching end of a shared spiritual mission.

Ryan: An incredibly powerful statement and chapter title in The Sacred Search is “You don’t want what you think you want.” So, what is it then, that men and women really want?

Gary: What I cite in the book is just one example: for instance, women are more likely to develop romantic feelings for dominant men. No problem there, except for the fact that dominant men are also less likely to develop into the kind of husbands that can relate well to woman and build a life of intimacy together.

So, if a woman just follows her feelings, she is likely to fall for a man who will thrill her as a boyfriend for 18 months, and frustrate her as a husband for 18 years. Men are proven to be driven largely by physical appearance. Yet physical appearance is the first thing that fades in human development. If you choose someone for their character and godliness, you’re choosing someone who will grow into an even better partner as the years pass. If you choose someone for their physical appearance, you’re choosing someone who is getting older by the day—and no matter how much surgery a woman undergoes, 50 year olds don’t look like 25 year olds. Which means that choosing a marriage partner is like choosing breakfast on steriods, in this sense: I might “want” a doughnut; in fact, there are very few days when a doughnut doesn’t sound like a great idea. But I also know that a doughnut is a really bad choice, so I go with something else.

Ryan: As we both know, infatuation can play a large role in romantic relationships. What are some signs that can help alert people to know whether they are simply infatuated with one another, or truly in love?

Gary: Your brain is focused on two tasks during infatuation: getting that person and keeping him or her. Your brain doesn’t have anything left over to evaluate whether someone is worth getting or worth keeping. (p. 36)

We live in a culture that is infatuated with infatuation, for some understandable reasons. Psychologists liken infatuation to an addiction; indeed, it affects the same regions of our brains as cocaine or gambling. Just as some people are more prone to alcoholism than others, however, some people are more genetically predisposed to “fall in love” more often and more intensely. This is an important point to keep in mind if the one you’ve given your heart to doesn’t seem as “desperately” in love as you do. Infatuation doesn’t affect everyone in the same way.

Neurologically, a person’s sense of security, self-esteem, spiritual maturity, and personality all affect how they fall in love, what that experience feels like, and the intensity with which they feel those emotions. For example, an insecure person with low self-esteem is likely to be clingy and more obsessive about the relationship than someone who is relatively secure with a high self-esteem. A woman from a broken home who has a high fear of abandonment often wants to rush things to “lock in” the relationship, pushing for an early engagement. She’s more concerned about avoiding another relational loss than she is about finding the best possible match. Two relatively secure individuals can respect and love each other without experiencing obsessive thinking, euphoric mood swings, or desperate clinginess. The absence of these markers doesn’t mean they are less in love than other couples; it might just mean they are more grounded as individuals.

While the experience of infatuation is not exactly the same for any two individuals, when it comes, it is thrilling, powerful, promising, and even transcendent. I don’t want to diminish the mystery and poetry of a truly delicious romantic attachment and “soul connection,” but in reality you’re living through a fairly predictable and observable neurochemical reaction. And here’s something you need to know: the state of infatuation actually impedes your ability to objectively discern your partner’s faults and weaknesses. (p. 32-33)

Ryan: Sexual purity is a hot topic today for Christians and non-Christians alike. Many couples that we have counseled have had some serious reservations about sharing their past. How open should couples be about their sexual history?

Gary: One of the things I love about marriage is how God calls two broken people together and secures a convenant relationship that supplies the necessary stability for two people to heal and grow (seeking righteousness). You need to count the cost, however, in determing how much healing your future spouse  needs. Before you get married, it’s essential to discuss your sexual past – not in overly vivid detail, but with enough disclosure to give each other an honest appraisal of the issues you’ll be facing after marriage. Let me put it this way: if I got married concealing a hundred-thousand-dollar debt, a serious health issue, or a prior felony that  made future employment problematic, everyone would admit that I had committed an act of fraud.  In the same way, a future spouse deserves to know how much effort it’s going to take to participate in God’s healing your sexual past, in part to ascertain how much healing you’ve already initiated and how much healing he or she is willing to be a part of.

If your potential spouse hasn’t dealt with that past in a healthy way, in fact, I recommend you don’t proceed into marriage (and this may be something a counselor needs to help the two of you work through). But if you do marry that person, you will undercut the security, intimacy, and stability of your marriage by ever using it (one’s past) as a weapon. This is one of those things where even one accusatory slipup can be very, very hurtful. Count the cost, but once you do, you must let it go. (pp.187, 193, 195)

Ryan: If it’s not about who, but why you marry, when would you recommend a person or couple begin reading The Sacred Search.

Gary: Anyone old enough to be interested in dating is old enough to read this book and think about these questions. It’s never too late to read it, even if you’re engaged. In that case, it will either confirm your decision or help you avoid making a poor choice. In fact, one of the last chapters helps you deal with “wedding day” doubts, so I wish every engaged person would consider that before their wedding day.

Ryan:  This brings me to my last question. You have created a couples conversation guide to serve as a companion to The Sacred Search. My wife and I do a fair bit of premarital counseling and we are excited about using your workbook as a resource. What can couples expect when going through the guide?

Gary: The Sacred Search Couple’s Conversation Guide is our pre-marital workbook. It will lead you through 9 “must have” conversations that you and your future spouse need to go through before you get married. It goes deep—one person even called it “premarital counseling on steroids”—but it’ll prepare you to have what we call a “doubt free wedding day” because you’ll have prayerfully considered every possible objection. Couples spend so much time preparing for a ceremony that lasts, on average, about 30 minutes. We want them to spend hours preparing for the relational challenges of marriage. I wrote it with a Ph.D. psychologist who has been counseling couples for over 30 years, so this is based in real-world experience.

About Ryan and Heather Carboneau

Ryan & Heather Carboneau believe in the redeeming grace of Jesus Christ and the life-changing power of relationships. They are a deep and authentic couple who have been trained in Spiritual Direction by Dr. Larry Crabb. The Carboneaus live and breathe to have ‘conversations that matter’. They also believe in making their mess, their ministry. Ryan and Heather have served as missionaries for 6 years, pre-marital counselors for 8 years, and as executive assistants for many different organizations. Ryan is an ordained pastor and is currently working on his PhD in Professional Counseling and Heather is a stylist and currently travels as the relationship coordinator with the Extraordinary Women conference team. They have been married for 13 years and reside in Forest, VA with their two daughters, Faith and Eden