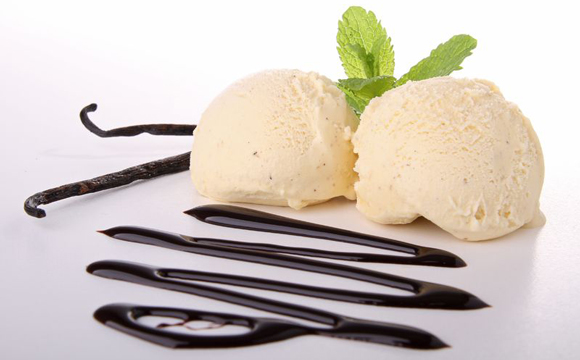 “Let’s stop and get some ice cream,” I said as I pulled into Publix. My wife and I began to banter over flavors. As I exited the car, Shannon yelled,

As I walked into the store, I still wavered. Decisions like this can make or break a spring break vacation, you know. On the ice cream aisle, I stared at the Blue Bell choices. The pressure mounted: The chill of the frozen section drifted over my toes. My family waited in the car. The beach beckoned. Cookies ‘n Cream or Cookie Dough? Shannon’s choice or mine? I grabbed the Cookies ‘n Cream.

I stood in the checkout line while other vacationers with overflowing carts emptied their spoils onto the counter. My phone buzzed, a text from my wife:

Get the ice cream u want.  I’ll be fine either way.”

I smiled.  Not only because my wife decided to tolerate Cookie Dough ice cream, but because our communication felt healthy and free.

Good communication in a marriage looks like a game of Paper, Rock, Scissors; not a competition, but in that both spouses deserve the freedom to choose and state their choices. A healthy relationship is characterized by “I want” and “I want” spoken with equal power and importance. When the balance is less than equal, you have less than a full marriage. Genesis 2 defines marriage as one plus one, and consequently a good marriage does not work with less than two people. This is simple math in the physical realm but less clear in the world of emotions.

Walk into any Christian marriage seminar, and you will undoubtedly hear about sacrificial love. While this is biblical and good, we must also offer a healthy illustration of assertiveness. When we lessen desire in the name of sacrifice, we rob the act of love. We can make the mistake of defining sacrifice as wanting less. The formula is that you must first have and know your desire before you can lay it down.

Jesus calls us to the heroic in John 15:13, “Greater love has no one than this, than to lay down one’s life for his friends.” It is easy to take for granted that Jesus’ subject has his life to give. Again in the physical world this is obvious: If you are alive, you have a life to give. But if we apply this principle to the world of marriage and emotions, we cannot make such an assumption. When a spouse “sacrifices” without knowledge of what he or she wants or has, the man or woman acts in self-sabotage rather than in Christ-like manner. I am guilty of this in my own marriage. At times I let Shannon determine decisions without asserting my opinion. Worst of all, it works for me. I appear sacrificial and do not have to contend with her fiery personality. I do not risk being known, I escape conflict, and I look godly doing it. Win-win-win, right? I am dying to a self that I do not have.

Let me offer a more specific example. A couple years into marriage, I grew a beard. I had never done it before, and I wanted to see if I could qualify as a Mountain Man. Unfortunately for Shannon, my bristly whiskers pierced her face like needles. She boldly stated her pain and dislike of my facial hair. I wrestled with her desires while also trying to understand my own. I could not reconcile the mixture of guilt, fear, and desire that swelled within me. I wanted to make Shannon happy. I felt bad about the pain my beard caused. I feared her anger and hurt every time the subject came up. I also knew shaving would not be a sacrifice. I did not have myself.

There was a deeper story, but I needed help from a friend to name it. My beard was an expression of my voice. As I discovered myself as a man in my early 20’s, my facial hair symbolized my attempt to move into the world with power, significance, and purpose. Without knowledge of the deeper movements of my own heart, though, I could not die to myself. I could not sacrifice what I did not have. With my friend’s help, I was able to assert my own voice into the marriage.  t became one plus one again. Shannon could say, “Your beard hurts me.  I want you to shave.” I could respond, “I am sad that it hurts you, and I want to shave it for you, but I also want you to hear what the beard means to me.” Full honesty on both parties allowed us to enter into a constructive process, one that involved healthy conflict and contention. When I did finally shave, it was because I wanted to offer her a smooth face, not because I submitted to my own guilt and shame.

The English poet Lord Byron wrote, “They never fail who die with great cause.” Once you develop a healthy sense of self and assertiveness, you can work toward the death of yourself on behalf of your spouse. Love is the goal. Nothing illustrates love like sacrifice; it is the cornerstone of the faith and an act of worship. I imagine every truly sacrificial act captivates the heavenly hosts. Remember: You cannot give what you do not have. This process takes time, but the reward for the effort is a marriage of two whole emotional beings. And sometimes you even get to eat Cookie Dough ice cream together on the beach.

Luke Brasel writes about relationships, intimacy, parenting, and Christian spirituality. He is passionate about the intersection of theology and the human heart. He has a counseling practice in Nashville, TN where he helps people follow their pain to understand their story and recover their heart. When he is not counseling, teaching, or writing, he is learning more about life and love from his wife and twin daughters. You can read his blog at lukebrasel.com/blog and follow him on Twitter.