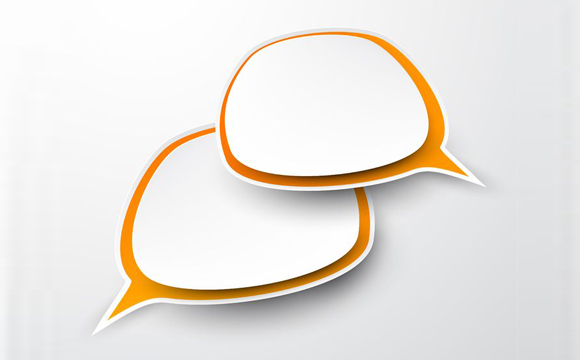 On average, women speak around 25,000 words per day. Men clock in at around 10,000 words per day on average. This is pretty fascinating in and of itself, and is great knowledge to have as you and yours navigate communication. Regardless if this is true of you and yours or not, of the thousands of words used on a daily basis, there are two that do not belong in marriage: Happy and Divorce.

These two words will erode the faith and trust that you will work so hard to establish in each other. I have worked with couples who use the word divorce like it was a trusted friend. It permeates their conversations and serves as a road block for them to ever get to the core of their marital problems.

The reason, among others, this word does not belong in relationships is that divorce is an act of destruction. There is no way to candy-coat the reality that is presented with a divorce. If you’ve ever built something and then torn it down or apart, you know that it takes a fraction of the time to tear down than it does to build. The same is true of marriage. It takes years and years of effort and energy to build a foundation of trust, love, and service but only a few moments of ill-timed action to destroy that which was built.

Don’t use “divorce.” Too often I hear the word divorce used to manipulate and coerce. One of the couples I referenced above was so immune to the effects of this word that even the manipulation had worn off. My first advice to them: Eliminate the word divorce from their vocabulary. You cannot build something when the foundation or end result is in question.

Divorce may seem like an impossibility, but one look at the divorce rate will be sobering. As part of your marriage covenant and commitment, commit to never use the word divorce unless you are willing to follow through with what that means. By follow through, I mean to say that if you do use it you will act accordingly, and be accountable to your use. Do not use it as a threat. If you are hurt, lonely, angry, or sad, then speak to these emotions. Don’t hide behind a culturally acceptable way to escape from the pain and difficulty of life.

The other word that doesn’t belong in marriage is happy. Unlike the word divorce, happy is a word to describe a feeling and is usually not destructive in it’s use. The problem with the feeling of happiness is that it’s unsustainable. There are moments and seasons of feeling happy, but it is not an attainable state of being. From a Christian standpoint, nowhere in the Bible are followers of God and Christ told that happiness is a result of faith. We are promised persecution, suffering, and sanctification, but not happiness.

Happiness is a symbol of mainstream culture and is often an idol. It’s an impaired state of joy. Happy is like being entertained and comes from consuming someone or something, whereas joy comes from the acceptance of our humanity and limitedness. Marriage is so heavily influenced by our culture that many get married with the belief, sometimes unconscious, that marriage will bring happiness.

“I’m not happy anymore” is the most common phrase I hear when couples separate and split up. It’s an epidemic. When people get married for happiness, they usually end up miserable or divorced. Disappointment on our own terms is much easier to deal with alone than with another person who was supposed to bring happiness.

Like setting a boundary for the word divorce, I encourage the same with the word happy. Instead of happy, use words like content, glad, joy, alive, desire, aroused, and passion. These all describe emotions that reflect a sense of being alive and awake to what’s stirring inside of us. The fulfilled life is not found through or in any man or woman today.

If it’s happiness you seek, do not get married. You will be disappointed. If it’s real joy, redemption, healing, and sanctification you seek, then marriage might be God’s place for you.