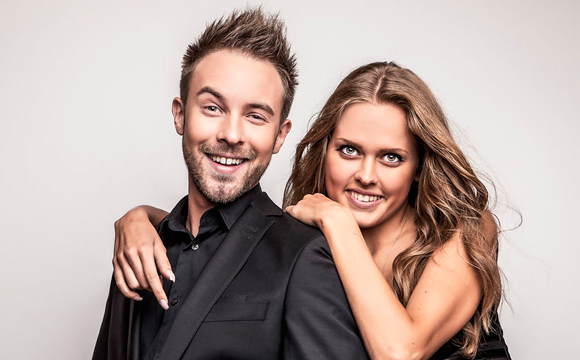 Relationships and biblical sexual morality have long been in a state of tension, a fact which is every bit as evident in contemporary society as it was in the first century. Never one to back away from a controversial question, the Apostle Paul admonished believers that, if they “cannot contain themselves (sexually), let them marry, for it is better to marry than to burn” (1 Cor. 7: 9). Of all of his teachings on marriage, this statement has generated the most confusion and debate. On the surface, it appears that he is saying that marriage is little more than a justification for sex among those whose libido runs high. In other words, Christians should hurry into marriage in order to avoid the sinful consequences of a strong sex drive. This, of course, is decidedly not what the apostle was saying.

I remember beginning pre-marriage counseling with a Christian couple in which each partner presented significant emotional problems to the relationship. During our second session, they asked me if they should consider marrying right away (largely because they were both having difficulty avoiding sexual involvement). I responded by telling them that it was quite premature to consider marriage before they had effectively addressed the multiple problems plaguing their relationship. Besides, there were strategies they could employ to avoid compromising situations. Nevertheless, before they gave counseling a chance, they had a surprise in store for me. Ignoring my advice, they returned two weeks later and happily announced they had gotten married. Not surprisingly, their marriage only lasted six months, but not before the wife had conceived and later birthed another fatherless child.

This was the last thing the Apostle Paul had in mind.

At the time that Paul wrote his letter to the Corinthians, sexual immorality in general, and adultery in particular, were, like today, all too common in society. That’s why he said in 1 Cor. 7:2 that “each man should have his own wife and each woman her own husband.” In other words, he was urging believers to stop emulating their culture with their promiscuous relationships. Instead, they were to treat their marriages with the fidelity they were intended to have.

This message was apparently a response to the more general question put to him regarding whether it was best to remain celibate or whether it was better to get married. Paul confirmed the desirability of remaining single, but only if a person was specifically “gifted” for it. He argued that, if you had struggles with sexual control, then that was, itself, evidence that you don’t have the gift of celibacy. Therefore, you should consider marriage as your best option. Equally important, he taught that neither the celibate life nor married life is spiritually superior to the other. Rather, as in other areas, people are simply gifted in different ways. When you try to do what is above your strength (such as remain celibate when intimacy is your real desire), you will most likely fail.

The reason Paul praised singleness as much as he did was that it meant, to him, devoting more of your time to serving God without the distractions that come with the domestic responsibilities that usually mark marriage. Still, marriage was viewed as an equally desirable state, in particular, for those gifted for partnership. In fact, realistically, most people are better suited for this state. For different reasons, then, both were held up as within God’s will and intent. What’s important is that, in either state, sexual purity was the godly priority.

Unfortunately, by the first century, many Jews had twisted the definition of adultery to excuse the very sin God’s seventh commandment warned against. They came to conveniently view adultery as limited to sexual intercourse with another man’s wife or betrothed. Their concept was purposely silent about other women. What’s more, in their chauvinistic society, the woman, not the man, was invariably the one singled out for punishment. Note, for example, that the adulterous woman whom Jesus saved from stoning was the one scheduled for punishment. As far as we know, the man involved in her affair wasn’t even accused.

Paul’s entire discussion of sexuality and marriage in this letter to the Corinthians appears to have been addressing the Jewish tradition that considered marriage inevitable for every Jewish man over the age of twenty. It was believed that, since marriage had divine sanction, every spiritually obedient Jew was therefore obligated to marry and have children. However, in the Greek society of the New Testament church (and of the Jews in the dispersion), there were also those who, following the Stoic ideal, advocated celibacy and the exercise of strict bodily discipline. This included, most notably, reining in your sexual desires. Conflicts over these two mindsets naturally caused new Christians to question which position was right before God.

That’s why Paul was careful to argue that, while singleness was good for some, marriage was the better alternative for others. The latter was especially true for those who had fallen in love with someone and had a compelling desire to express their commitment in sexual union. Breaking off the relationship because they wrongly believed that God desired celibacy over marriage would only increase their frustrations and, consequently, their vulnerability to fall prey to their sexual attractions. The same holds true for persistently abstaining from sex for spiritual reasons within a marriage. Clearly, there is no point to unnecessarily engaging in denial for its own sake.

So, the Apostle maintained that it was better for a man strongly attracted to a woman to enter into marriage, where his love could be expressed fully. This makes much more sense than constantly trying to subdue sexual desires as if abstention was itself an expression of superior spirituality. To be sure, there is nothing about his argument that even implies that marriage was considered merely a justification for having sex. Indeed, such a view would have violated Jesus’ teaching that a man and his wife were to be unified, emotionally, physically, and spiritually (Matt. 19: 4-6). Sexual union was considered but a part of the unity of body, soul, and spirit that comprised total commitment to another person.

Anything short of Jesus’ (and the Apostle Paul’s) teaching on this matter leads often to tragic results, like the couple I described above. We see calamity played out, too, in the history of the Roman Catholic Church where the vow of celibacy among priests who, obviously, did not have the gift of continence has led time and again to grave immorality. Whenever we twist the laws of God to mean something they were never intended to convey, we leave ourselves open to the very sin from which we are supposedly protecting ourselves.

It seems that the greatest burning we tend to experience is not merely sexual; it’s our unbridled passion for sin itself. Our predilection for interpreting God’s commands differently than their original meaning bears ample testimony to this reality.

It’s God’s plan that your marriage represent both your commitment to one another and to your fulfillment of God’s desires for each one of you. As C.S. Lewis once put it:

“We are told to deny ourselves and take up our crosses in order that we might follow Christ; and nearly every description of what we shall ultimately find if we do so contains an appeal to desire. If there lurks in most modern minds the notion that to desire our own good and to earnestly hope for the enjoyment of it is a bad thing, I submit that this notion…is not part of the Christian faith. Indeed, if we consider the unblushing promises of reward and the staggering nature of the rewards promised in the Gospels, it would seem like our Lord finds our desires not too strong, but too weak. We are half-hearted creatures, fooling about with drink and sex when infinite joy is offered us…” (The Weight of Glory, pp. 1-2).

It is this joy that awaits you when you follow God’s words of encouragement to seek the desires of his heart. You will find that the rest pales in comparison.