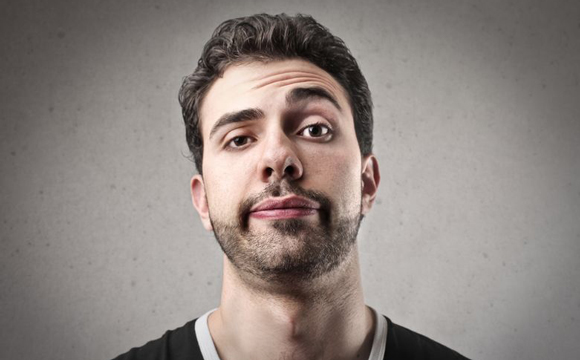 “After all I’ve done for you…” is a phrase that is valid only when applied to pets. Particularly cats. But when applied to your fiancé or spouse it’s a potential game-ender. You may not say it aloud, but if it runs through your mind often when something rubs you the wrong way, then you’ve been undermining your relationship without realizing it.

In fact, you may have become an emotional accountant. That’s a self-appointed role that keeps track of things that weren’t meant to be counted, tallied and credited. It’s a habit of collecting points for your own awesome behavior, while only tracking the deficits of your other half. Emotional accountants never run low on points for themselves; they always manage the numbers in their favor.

This isn’t to say you might not be the “giver” in the relationship. You might be racking up treasure in heaven at a pace that Wall Street would envy. But as soon as you start giving yourself permission to be superior about it, you’ve not only lost that eternal coinage, you’ve melted it down into bullets!

After more than 25 years of marriage I still fight this tendency. And there are real, tough, ugly times when things are truly out of balance, when one is taking far more than they are giving. But the marriage that lasts and improves is the one without an emotional accountant to post the numbers. Better to find a way to give even more, than to justify yourself over not getting enough. That kind of grace can heal your spouse, and yourself, because it’s imitating the nature of God.

Jess MacCallum is a business owner, writer and the often-challenged husband of a Proverbs 31 type woman. He is the executive VP of Professional Printers, while Anne home-schools and leads worship; has 3 CDs of original music and runs ultra-marathons in her spare time. They have been married over 23 years, and have three children. Jess has a BA in art (magna cum laude) from the University of South Carolina, where he spent four years training with the Navigators, and has been involved in a variety of ministries for over 30 years.For more information on Jess, you’re invited to visit his personal site: jessmaccallum.com. There you can read excerpts, reviews, his bio and link to interviews. For more information about Jess' books, visit Standard Publishing.