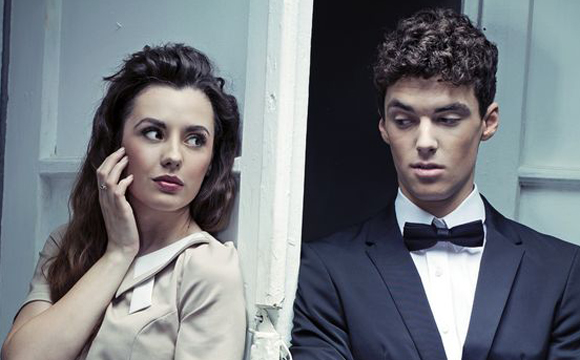 How many words can you brainstorm which begin with the prefix “re”? Google shows me a couple hundred, if not more. “Re-” means “again” or “in new form”. In the world of recovery and marriage counseling, “re-“ is a necessary concept. Allow me to explain.

Troy and Kate entered pastoral counseling for a last-effort meeting. You could call it a final attempt at the marriage, but it quickly became evident Kate did not want help. Troy had begged her to try counseling before she made a definitive decision on whether to leave the marriage. She complied by showing up.

Their story bled out. Kate had an affair a year prior. She had reconnected with a high school sweetheart through Instagram. To her surprise, the guy lived within a two hours drive. They met at a Starbucks and their spiked mochas rekindled infatuation for one another. Kate unashamedly informed Troy about her wavering commitment to the marriage. He responded with the announcement that they should separate until her mind was made up. Troy moved out.

During the period of separation, Troy was blindsided by a work relationship which turned romantic and physical. Without any word from Kate or belief his marriage might come up for air, Troy continued to see his co-worker for six months. Then Kate called to say she wanted to give it another try.

Troy ended his affair and poured his heart back into the marriage. He came clean about the adultery and wept as he asked Kate’s forgiveness. Kate balked. She was not expecting her husband to confess an affair.

Kate decided she was no longer interested in the marriage. When they walked into the church for their appointment, the downstream flow of rapids almost swept their pastor under. While Troy wanted to ride the white water as long as needed toward healing, Kate wanted out of the boat.

I could relate with this pastor’s story.  One of the hardest things about being a counselor is not being able to make decisions for clients. The goal is not to create dependence, but rather to foster interdependence. Interdependence could be defined as a healthy relationship between someone and God, others, and themselves. One of my goals is always for a person to know their own heart so they can make decisions from who they are in relationship with God. I assist in the process. To step in and tell someone what to do might produce moral results, but it would hinder the maturation of interdependence.

It is only through the interdependence process that the heart is changed. This is clear in parenting. I can tell my child she must eat dinner before dessert. But I cannot make her eat, and I cannot completely keep her from sneaking into the kitchen at night to swipe a popsicle. Perhaps I could chain lock the freezer shut, but the point is the same: I cannot change her heart. I can provide guidelines, rules, and encouragement, but she must decide how she will respond to the authority I have given her. It is her story.

Kate wanted out. She leaned on morality and feelings without an awareness for the heart of God. Her emotions told her she did not want to tolerate a man who had cheated on her. Fully acknowledging her hypocrisy, she looked for a moral loophole to release herself from her predicament. Her affair was never fully consummated. But his was. She had found her loophole. Before leaving his office and the marriage, the pastor asked Kate to ponder the story of Hosea. This approach, of course, did not take into consideration her own participation as Gomer.

Nonetheless, she needed to see the heart of God. In the story, God tells Hosea to take and love a prostitute as a wife to illustrate his own heart for his people. Hosea is told to find a call girl to marry because the whole country has become a whorehouse to God. The book of Hosea articulates God’s bleeding heart over his peoples’ adulterous worship, his refusal to condone unfaithfulness, and his unceasing love and pursuit of those he loves.

Reading through Hosea is like watching a lover flail about from one side of the bed to the other as he agonizes between righteous anger and tender compassion while his wife lies in another’s bed. At times, the imagery is graphic and unsettling. The message through God’s heartache is this: While we are unfaithful, God is faithful. Despite adulterous worship, a whore cannot outrun the love of God.

In order to save their relationship, Troy and Kate needed to discover a “Re-” God in the midst of a marriage committed to reconnecting, reuniting, rebuilding, rewriting, renewing, recovery, and redemption. They had an opportunity to mirror the heart of God who loves the unlovable. It would not be easy. The depths of pain in pursuit of forgiveness Troy and Kate would wrestle toward was beyond comfortable. I don’t get the idea that Hosea was overjoyed to head over to the local brothel with a shiny engagement ring, either.

How far would you go for your spouse?

In our dignity and depravity, we are both Hosea and Gomer, respectively. At times we are asked to act as Hosea. Other times we need to recognize Gomer in ourselves. All of the time we are loved wildly and invited to reproduce such love toward our spouse even when we would rather run.

While God may not call everyone as Hosea to marry a literal whore, the spirit of his heart is applicable. God’s message is clear: My love knows no bounds. I am committed to you. While you wound me with your betrayals, I will forgive you again and again to keep this covenant. In your own marriages, just as in your relationship with me, follow my lead.

Luke Brasel writes about relationships, intimacy, parenting, and Christian spirituality. He is passionate about the intersection of theology and the human heart. He has a counseling practice in Nashville, TN where he helps people follow their pain to understand their story and recover their heart. When he is not counseling, teaching, or writing, he is learning more about life and love from his wife and twin daughters. You can read his blog at lukebrasel.com/blog and follow him on Twitter.