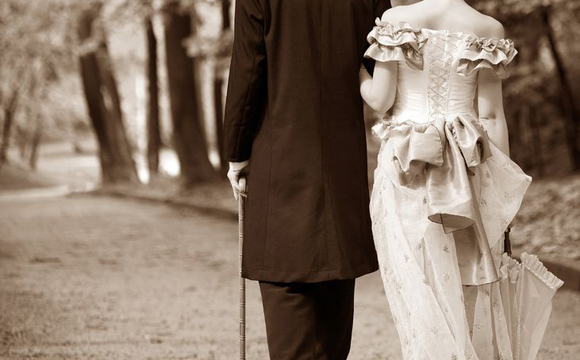 Emma Watson—the Harry Potter girl, as she referred to herself—did a masterful job recently of launching a new campaign for gender equality at the U.N. headquarters in New York. The HeForShe campaign asks men to make a commitment to “take action against all forms of violence and discrimination faced by women and girls.”

Come to think of it, … didn’t God launch the original HeForShe campaign? In Ephesians, God directed husbands to lay down their lives for their brides. In 1 Peter, God warned husbands that their prayers would be hindered if they dishonored their wives. Although Emma Watson asked men to take up the mantle in fighting for equality for women and girls, God has already instructed husbands to take up the responsibility for the well-being of their wives and daughters.

The apostle Paul wrote, “Marriage is not a place to ‘stand up for your rights.’ Marriage is a decision to serve the other” (1 Corinthians 7:4, MSG). A guiding principle for Biblical marriage is mutual submission. A husband submits to his wife’s needs for affection and cherishing. He is for her, not against her. A wife submits to her husband’s needs for respect and support. She is for him, not against him.

Paul could have called it, “HeForShe and SheForHe: God’s Campaign for Marriage.” I am for it!

Tami Myer is an enthusiastic cheerleader for marriage. As a speaker and writer, Tami shares God's design of marriage so that husbands and wives can experience the thriving that God offers them. Tami is the author of Radiance: Secrets to Thriving in Marriage (a book for wives) and Devoted: Pressing In to Know Christ More. She encourages couples at her website MannaForMarriage, and she leads husbands and wives to "fight on their knees" for their marriages through a weekly online/phone prayer call. Through 31 years of marriage, Tami and her husband have found God's design of marriage to be trustworthy. Along with their three children, they make their home in Palm Bay, Florida.