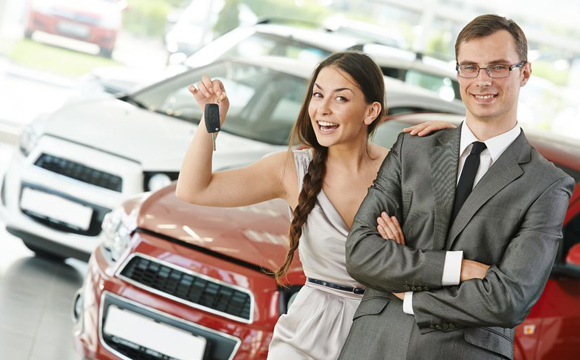 A week after our first child was just born.

At the car dealership.

Ready to pick out a car for our new family.

We had both purchased cars before, but this time was different.

This time was a moment we had envisioned for several months.

This moment was one that made our faith explode.

We were picking out a car that we did not have to pay for— someone wanted to bless us to make sure we had a safe vehicle for our little one.

Of course, this would get anyone excited and full of joy, but for us, it had a deep and mighty impact on our hearts and like I said, our faith. This moment changed the way my husband and I viewed our faith in the Lord because in an instant, God’s promises of the blessing upon our lives and His abundant provision became more real to us and it hasn’t stopped. All of a sudden, what we understood of the promises of God changed from being head knowledge to heart knowledge.

And the fruit of Matthew 18:19 changed from being words on a page, to absolute reality for us:

“I also tell you this: If two of you agree here on earth concerning anything you ask, my Father in heaven will do it for you” (NLT).

This verse is so special in marriage because there are two people available to each other to agree on any of God’s promises found in His Word- you don’t have to go searching for someone to believe and agree with you! Being married, in that aspect, is then such a blessing from the Lord!

My husband knows that when he tells me something that he is believing God for that he has someone in his corner with him praying and believing the same thing.

When his car’s engine seized and we had to say good-bye to our second car, we knew that God didn’t want us to go further into debt for another car, especially after we made the decision to stay at home after our son was born. We were believing that God would work it all out for our good.

Of course having only one car was an inconvenience, but the Lord made a way for us in more ways than one: he was able to ride with his cousin to work because they were employed at the same place and then he eventually got hired on at my work a few months later so we were able to be commute buddies.

As we got closer to the arrival of our little one, we realized how our little economy car (that had been in three wrecks, none of which were caused by us) wasn’t a good fit for our growing family.

My husband began to declare and believe that the Lord would bless us with a car and we wouldn’t have to pay a dime for it. We had never believed for anything like this before, so I definitely had to lay aside all logic and just believe. My husband needed me to agree with him so that we could see the promise of Matthew 18:19 fulfilled.

So we began to stir up our faith by listening to messages on faith, provision, and the blessing. We made daily declarations and confessions, thanking God for our new car that we believed we would have by the time our son was born- an SUV for our growing family. Every time we saw “our car” in a parking lot, we would thank God for it and even snap a few pictures with our phones to keep it before our eyes daily.

As I neared my due date, we grew excited because we knew God wasn’t going to disappoint. In addition to speaking our faith out loud, we decided to put our words into action.

James tells us “Faith without works is dead” (James 2:17), so we sowed financial seeds as an offering unto the Lord, believing we would see a harvest. We also stepped out in faith and bought an extra car-seat base for the second car that we knew was on its way.

And just like my little story discussed in the beginning, that car made its way to us! All glory be to God!

I pray that this encourages you to never stop believing! God’s promises are true and sure! I tell you that God is not a respecter of persons and will do the same for you if you just believe! Know that there is power in agreement. Remember to keep that spirit of agreement in your relationships, especially in a marriage relationship.

The answers to your prayers are found there!

Emily Rose Massey is the author of Yielded in His Hands (eLectio Publishing, 2015), a true story of a life delivered from the mire and filthy pit and bondage of sexual sin and molded into a vessel for the Lord to flow through to reach others for His Kingdom. She and her husband are both active leaders in many areas of ministry, including worship ministry, drama ministry, prayer ministry, and youth ministry. In addition to teaching and preaching the Word of God, Emily also pours out her passion for the Lord through her songwriting. Her songs spring forth out of a forgiven heart full of thankfulness and devotion unto God. Believing she has been forgiven of much, she loves much, and desires to point others to Christ and His redemptive and transforming power. To connect with or learn more about Emily, visit emilyrosemassey.com.