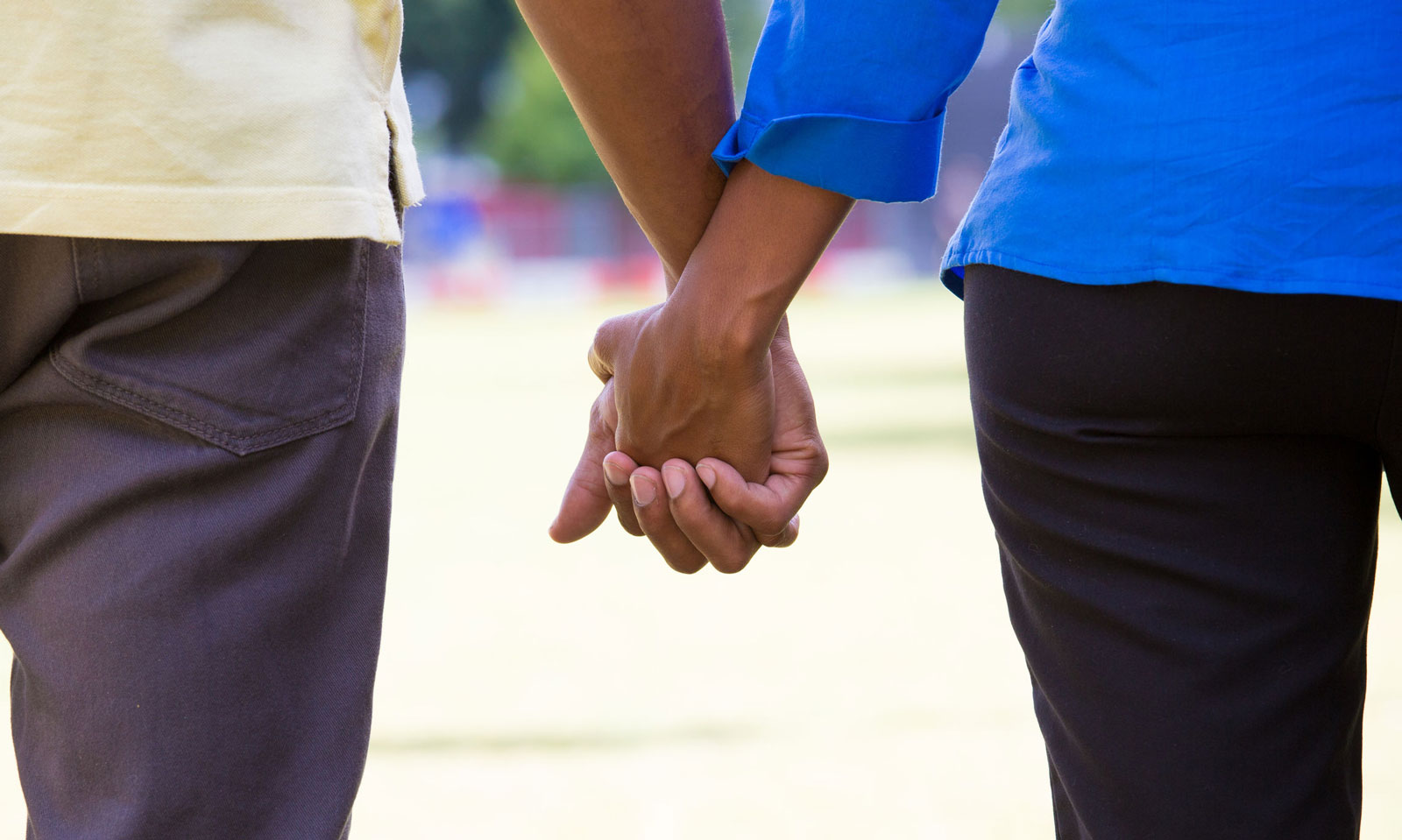 His heart was fluttering because he’d been waiting more than 20 years for this day. The excitement of spending his life with someone he loved and thought God had assigned to him and ONLY him was overwhelming. Standing at the altar, a myriad of feelings were surging through his being—relief, anticipation, anxiousness, excitement, and the list goes on. The pastor finally said, “You may now kiss your bride,” and he closed his eyes and silently praised God for finally bringing him together with his soul mate… at least that’s what he thought.

Fast forward 23 years, 3 children, and well into what he thought was a good marriage, years ago, my husband was left as a victim of someone else’s decision. How can someone leave their spouse for someone else after being married for over 20 years? Well, that’s the same question my husband asked God over and over and over again. Everything he had worked so hard and long for—his children, and even what is now his ex-wife—was literally taken away because of someone else’s selfish decision. Have you been there?

Although it took years and was not easy, my husband has truthfully forgiven his ex-wife and the offender (her current husband), and can proudly say that God has removed the scar from his heart that he thought was going to last forever.  His heart may have been stained temporarily due to the betrayal and divorce, but it didn’t hinder him from moving on in life to walk in the calling God purposed for him—including serving in the ministry.

The tragedy of divorce and its aftermath is one that is difficult to imagine if you’ve not experienced it. The pain, brokenness, embarrassment, anger, and hurt that a person deals with can wreak havoc on one’s confidence, children, both spouses, family, and even friendships. These often are the overlooked challenges that one has to unravel on the other side of divorce, and it takes time.

THE SEASONS AFTER DIVORCE

There were various seasons that my husband went through during and after the divorce, that we’ve decided to share with you in hopes that you will find them helpful as you navigate divorce in real-time or after the fact. It’s important you don’t run from these seasons. We share them so you can find where you may be and along with it, the hope that is to come.

In winter, there are no leaves or an array of colors on the trees. Everything my husband worked so hard for started to slowly slip away, similar to the barrenness of winter on a cold day—his car, house, job, children, and friends who he trusted became distant. The winter season can feel like a major snowstorm that slams into your life and doesn’t ask your permission.

The Bible says of the children of Israel, “But in their distress they turned to the Lord, the God of Israel, and sought him, and he was found by them.” (2 Chronicles 15:4). Likewise, in my husband’s distress, he felt as though all he could do was turn to the Lord, and that’s what he did. If you are in this season, where is your distress driving you?

Spring is a season of restoration—new growth begins and flowers sprout above the surface.  My husband continued through his winter season, digging into God’s Word as the source of his hope and strength. He began to take on a new mindset, as he steadfastly continued seeking the Lord. This is a divine testament to how the doubts, fears, questions, and insecurities faced in the early stages of his divorce were starting to slowly drift away.

If you are starting to feel the cold subside and your hope renewed, you may be in Spring. Stay faithful to the habits that fuel your spiritual growth and beware of the loneliness that can still weigh heavy.

Summer is the season after a divorce when everything starts to look and feel more promising. One starts to see the more positive side of life, which is similar to birds chirping outside and sounding as if they are singing.

For those of you who have experienced this season, know that God has a purpose for your life and “that in all things God works for the good of those who love him, who have been called according to his purpose” (Romans 8:28).

If you’ve ever been through a tragic situation whether it was personally, relationally, in your job, business, family, etc., you know that many emotions surface during the fall season. For my husband, this was a season of internal change which entailed letting go of any bitterness and anger. Additionally, he had to give up some material things (e.g. his house, certain possessions that were obtained when he was married).

Just like the leaves fall off the trees in autumn, this is a time when the realization that the divorce took place needs to sink in, and although it was unfair, one has to allow God to totally transform his or her mindset. It was during this season for my husband that God removed “old leaves” per say, to accommodate new growth and to prepare him for his future wife (me).

The scripture that is befitting for this season is Romans 12:2, which says “do not conform to the pattern of this world, but be transformed by the renewing of your mind. Then you will be able to test and approve what God’s will is—his good, pleasing and perfect will” (NIV).

I’m grateful to share this testimony from my husband’s experience because many people have experienced a divorce. It is a topic that in many Christian environments is uncomfortable to talk about, so I pray this real-life example encourages, inspires, and empowers you to live out the full purpose that God has for you despite what took place in your marriage.

And we know that all things work together for good to them that love God, to them who are the called according to his purpose.” —Romans 8:28

Remember, your past doesn’t equal your future!

Ryan N. Parks is a God-fearing wife, stepmother, sister, entrepreneur, career development professional, and inspirational blog writer who is passionate about expressing God's love and encouragement through writing. Ryan and her husband reside in Northern Virginia. Ryan loves to travel with her husband, read leadership books and materials, and spend quality time with family and friends. To read more from her, check out her blog and follow her on Facebook, LinkedIn, and Twitter.