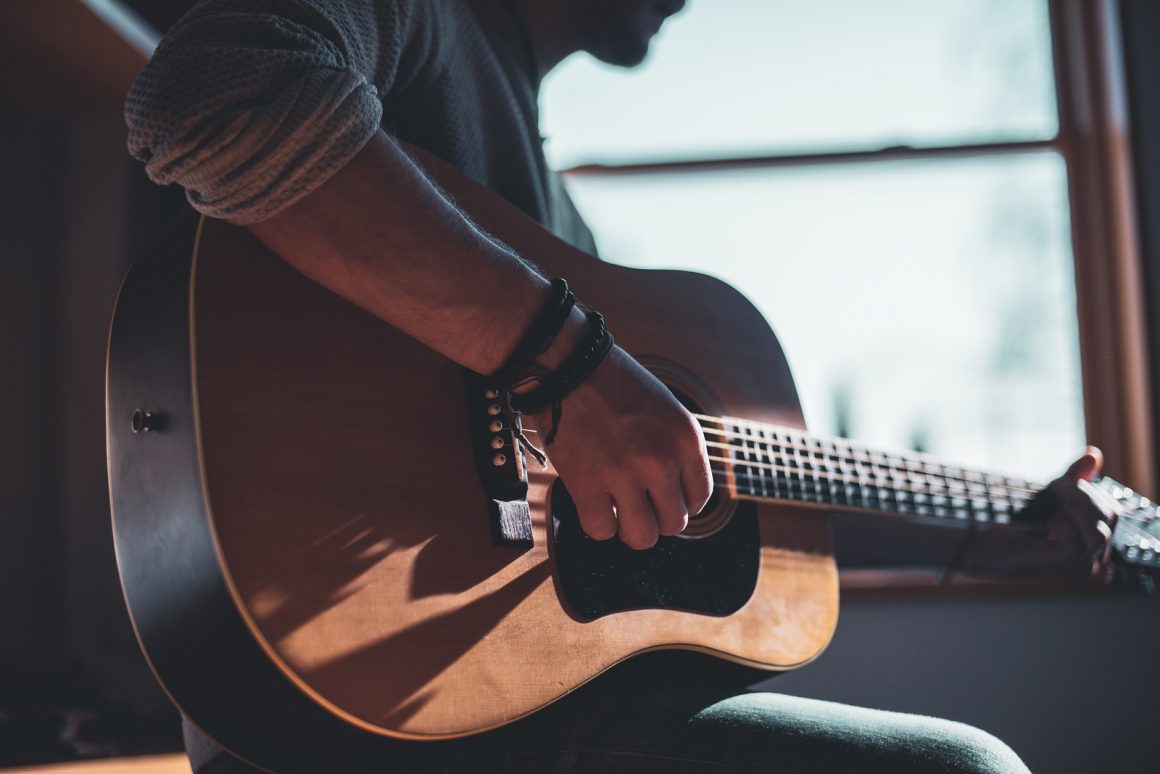 “Every time I tried to tell you, the words just came out wrong, so I’ll have to say I love you in a song.” —Jim Croce

Most of us find it difficult to express the emotions that at one moment excite and the next enervate us. Rich and I often commiserate with couples who express they feel a kind of emptiness when they can’t communicate the warm and mysterious emotions that surprise us in marriage.

Often the communication methods outlined in romance resources seem just as mysterious, like some sacral masonic right. We can’t figure them out, so we give up – not realizing that giving up forecasts our friendship and causes us to yield the relational ground that makes marriage meaningful – even magical.

Maybe songwriters, like Croce, have it right. Maybe we can’t continue simply saying the words “I love you” hoping they will keep “sprinkling stardust on our dreams.”[1] If we want a marriage that promotes depth and stimulates delight, maybe we have to learn how to say “I love you” in a song.

Even the title of this inspired work, The Song of Songs[2], can help us decipher some of the mystery in communicating with the one we love. Solomon’s ancient wisdom in using the song genre still works for contemporary couples – for any friends who pattern their conversations after the dramatic dialogue enjoyed by Wisdom’s husband and wife.

“I tell her I love her every morning before we head to work. It’s part of our routine. How could she think I don’t love her?” Ezequiel sat in my (Rich’s) office glancing at the books on my shelf, looking everywhere but at me. Often such lack of eye contact means an individual is hiding something, so I asked.

“I know you buy her gifts and bring her flowers at times, but your body language says you might know part of the answer to your own question. What is it?”

Rich and I have found that the marital coldness that brings people like Ezequiel into our offices affects all of us – no matter how much we think we’re meeting our spouse’s needs. That’s why God’s wisdom, as it appears in the Song of Songs, is so helpful. It removes much of the guesswork.

One reason song-language stimulates delight and promotes depth is that it contrasts with the factual, scientific language welded to the structures of Western cultures. Plato said that music “gives soul to the universe, wings to the mind, flight to the imagination, and charm and gaiety to life . . ..” The “soul,” “wings,” and “flight” he mentions appear in the sentence melodies Solomon and his wife use with each other. These musical-like elements tune the stale, technical “how-to-prose” we hear around us. They minister freshness to our souls and energize our bodies. In much the same way we learn the lyrics, rhythms, and harmonies in the songs around us, we can learn to use the song-language God employs in the Song of Songs.

They minister freshness to our souls and energize our bodies.

Adam’s song about Eve (Genesis 2:23), The Songs of Moses, Hannah’s Song (I Samuel 2:1-10), the Psalms, The Magnificat (Luke 1:46-55), and others contain similar patterns and purposes. Ancient document discoveries continue to help us substantiate those patterns and recapture the wisdom in the Song of Songs (which, as the Hebrew title explains, is the best of all the songs).[3] These patterns and purposes help us learn to “sing” to and about the one we love.

One of the more obvious reasons for choosing to use the song genre to teach about married love is that songs are easier to memorize. Over a third of the Bible is poetic.[4] Even the passage that reminds us to hide God’s word in our hearts, so that we will not sin against Him, is in a song (Psalm 119:11). Using this musical format helps couples more easily recall and access the wisdom in the Song.

Songs and the Listener

The song genre also promotes a more engaging communication experience for the listener or reader.[5] In much the same way a musical provides a delightful or more engaging experience for the audience, songs sound different and read differently than other forms of communication. They capture and keep the listener’s attention. This type of engaging conversation increases relational intimacy.

In addition, the song genre provides lovers with additional tools for expressing feelings. Even those who do not consider themselves “creative” find inspiration for their feelings in lyrics. This is why many who might not be comfortable writing “poetry” find themselves either quoting or patterning some of the sentences they write in love letters and greeting cards after the bible’s Psalms or other popular lyrics. In a sense, during those moments we are writing to the one we love, we’re either “singing” the words or using words that “sing.”  When Solomon sings “Like a lily among thorns is my darling among the maidens,” he expresses his feelings about how poorly other women compare to his bride (2:2). He uses song to express his affections in a way his wife can feel. This is partly why millions appreciated the truth in Croce’s lyrics – romantic passions are better expressed in a song.

We’re either singing the words or using words that sing.

Rich and I encourage you to read the Song of Songs aloud. As you do, listen to both what this couple says to each other and how they say it. Then, think through your relationship and see if the wisdom in this musical can help you communicate your love in new ways. Here’s an idea Linda and I use at couples retreats and in our pre-marital counseling:

Song Writing Activity: Rewrite one stanza of one of your lover’s favorite songs. I recently tweaked some of the words in Bob Dylan’s “To Make You Feel My Love.” (Linda put it up on the fridge for a few weeks!) It’s a simple activity that communicates romantic feelings.

As you read through the love language God used to breathe out His truths about married love, Rich and I hope you see, more clearly, reasons God chose to write about married love using the genre of song. We hope, too, that you enjoy the magic in the Song of Songs’ melodies and harmonize with its accuracy. As your love grows, we pray that its cadences and choreographies lead you to the “happily ever after” dance in the last line of this musical’s final aria,

“Come away, my beloved, and be like a gazelle or like a young stag on the spice-laden mountains” Song of Songs 8:14.

Finally, let’s all remember that Disney did not invent the music for “happily ever after.” The reason those songs dance so universally and deeply in our hearts, is they resonate with part of the real story – our story. The story of a people who, by the grace of God, make it to the real “happily ever after.” The story of a people who are allowed to experience, through marriage, some of this happiness on earth. The story of people who find life-changing insights in the word of God – insights like “I have to say I love you in a song.”

[2] A few scholars debate whether the title should be Solomon’s Song of Songs or The Song that is Solomon’s or other similar translations (See Song of Songs 1:1). The point here is that it is a “song.”

Photo by Jacek Dylag on Unsplash