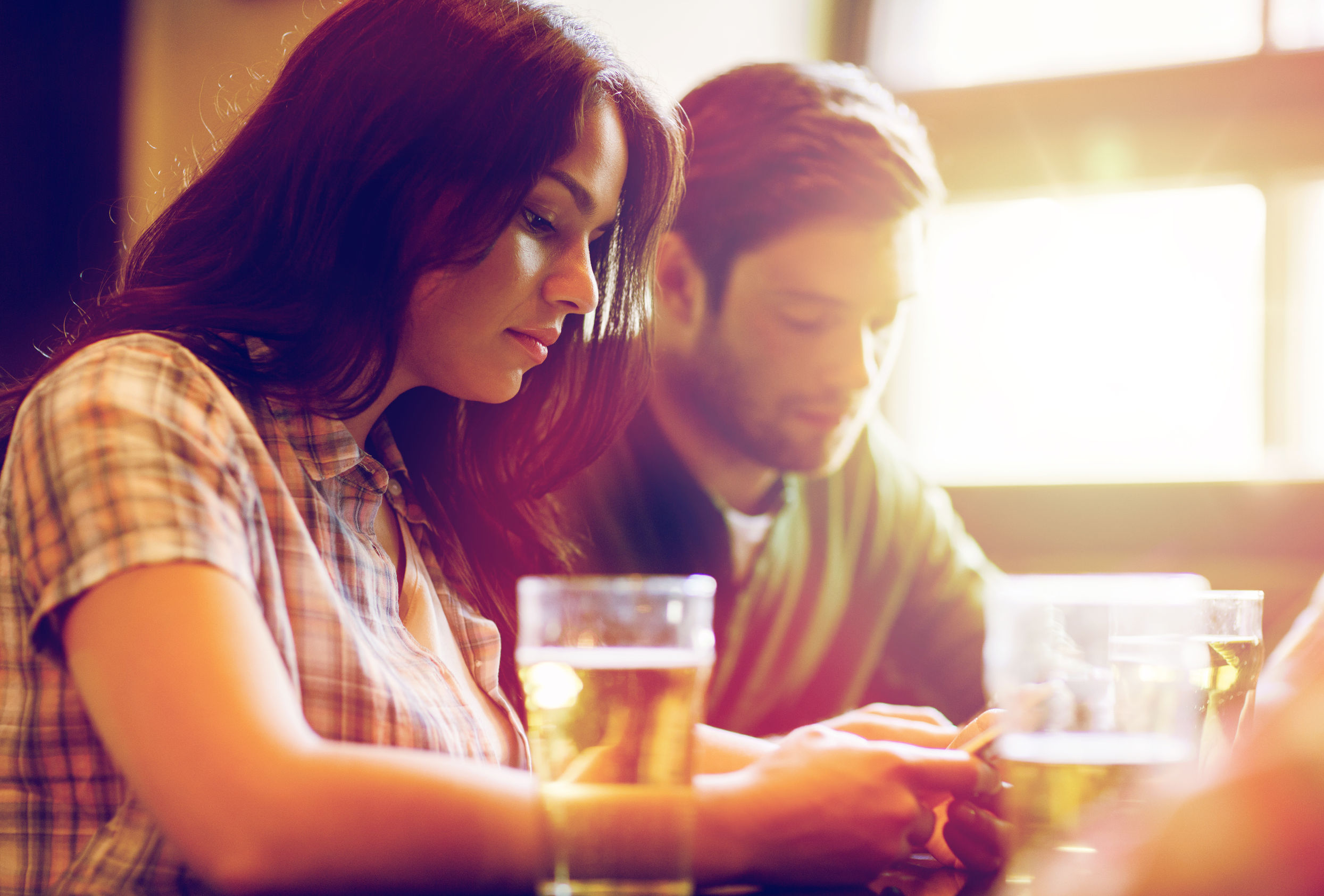 We are more connected than ever today in our technological society.

Think of how technology has given us the ability to connect with so many people. Forget pen and paper; in fact, forget email! Jump on Facebook and send a little message. Forget calling someone – send them a text while you’re at work.

We are connecting with more people on a daily basis than ever before! And yet we have never been so isolated.

I can think of countless days where I have connected with tons of people via Facebook, texting, Twitter, and email – all while I sat confined in my house, alone.

I was thinking about relationships last week and one cultural habit stuck out in my mind. This recent communication fad has crept in slowly to our affairs, and I believe has caused a deficiency in our relationships.

It’s the habit we all know and love called texting.

A study by experts Desmond Morris and Donald Joy found that there are 12 steps to human bonding. The first of these steps is “eye to body,” where one person notices the other. This is followed quickly by step two, “eye to eye.” The third stage is key: “voice to voice.”

The most important and effective step in building lasting relationships is voice to voice. In fact, Donald Joy went on to say that in the ideal relationship, if you want to build the greatest intimacy, the couple would spend 1,000 hours of voice to voice communication before there was ever any physical touch.

Think about this for a second. One thousand hours. Some of us have never had a relationship where we spent 1,000 hours of voice to voice communication, total!

So how does this relate to texting? A whole bunch! The reality is that we communicate a lot, but we connect very little.

In today’s world, we view voice to voice in the same light as sending a digital message. This has effectively made us all “communication cowards” in some sense and has created an insecure base for our relationships.

So I want to invite you to evaluate our relationships and rewire our brains to think of texting and communicating differently. Here are few tips and guidelines when it comes to building your friendships and relationships as it relates to texting:

I’ve heard so many couples say, “Oh yeah, we talk all the time. Yesterday he/she texted me like a hundred times!” but this does not count. Talking involves actually communicating with your voice. The best way, of course, is when you are together in person; but on the phone works, too.

Before Gordon and I were married, I was working a normal 9-5 job and he still had gigs at night, so we rarely saw each other except every once in awhile during the evenings and on weekends. We would text often during the day, but we still felt disconnected. So we came up with a solution. We decided to talk every day on the phone during my lunch break for at least 10 minutes. It could be more, but it gave allowance for one of us to hang up the phone after 10 minutes if we had other things we needed to do. Once we started this habit, it was a world of difference! We felt so much more connected to each other. It’s amazing what just hearing each other’s voices will do.

I could say the same with my best friend and me. Since moving, I haven’t gotten to connect with family & friends back home as often as I’d like. But we would text each other often. One day I got a bunch of texts from Emily about this new app called “Marco Polo.” It’s the same as texting, but it’s recording videos. So simple, but it has made me feel extremely connected to her since we live so far away from each other. It truly is the best because I feel more connected to her even though we’re far away.

Fighting through texting is one of the worst things you can do for your relationships. One of the greatest things you lose with texting is the tone of voice, which is a great way to completely misunderstand what someone is saying. And even greater than the tone of voice is body language. No matter how many LOLs or emojis you use, a text can’t reveal what your expressions are saying. If you’re angry about something, you need to both sit down and actually talk about it face to face or on the phone. This will keep you from becoming the “communication coward” I spoke of earlier and will keep misunderstanding to a minimum. Remember, you need 1,000 hours.

3. If it’s really important to say…SAY it.

I can’t tell you how many times I’ve gotten text messages from people telling me some really important things that should probably be discussed face to face.  Is it scary to talk to someone about something really important?  Yes.  The reason we text is that it’s safer.  I don’t have to look that person in the eye or hear their voice.  I distance myself from them, making it myself less vulnerable.  But these are the very moments that create the greatest depth in your relationship!  So look that person in the eye, take a risk, tell it to them.  Don’t tell it to your phone.

I know texting can be more convenient. Believe me, I do it all the time (more often than I should), and it can be vulnerable to have a face-to-face or over-the-phone conversation. But the point is to start becoming intentional with your relationships. So work on that voice to voice as often as possible and have the hard conversations face to face. I have made the mistake of having serious conversations over text, and it usually makes the situation more complicated and the people more frustrated.

Friend and family relationships are really important, and if they aren’t taken care of, next thing you know you might have 500 Facebook friends but no one to sit down and have a conversation with. There is really no replacement for that. Sitting down and having a couple hours of conversation about life over a great cup of coffee with a good friend is my all-time favorite activity.

I want to encourage you to let down your walls and be vulnerable. When we are real and honest with one another, in a loving way, it will create a beautiful bond of deep friendship.

I would love to hear your thoughts in the comments below,

What is your favorite way to connect with friends & family?
How can you instill more voice to voice conversations with the ones you love?

Tarah is a entrepreneur, a wife of a songwriter, a dreamer, a coffee lover and a personal blogger. She is obsessed with reading, particularly sci-fi/fantasy/adventure fiction, her favorite author of this genre is Brandon Sanderson. She lives in Denver, CO with her husband and spends her days managing and creating content for her business TarahAvery.com. She believes that true joy and happiness stem from healthy relationships in three areas- relationship with God, with others, and with yourself. To read more about Tarah check out her blog or Facebook page.